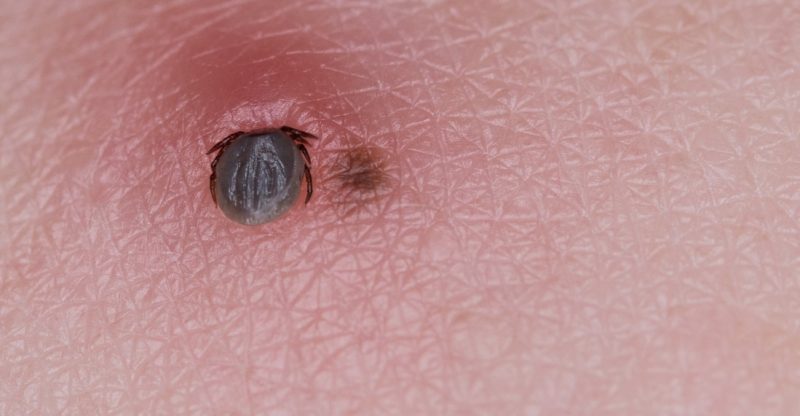 As warmer weather rolls around, with it comes one of the most undesirable pests; ticks. These pests can often be found outside in your yard, or especially in heavy wooded areas such as forests.

While many people have never encountered a tick bite, you have probably experienced a pet that had several of the bloodsucking bugs on them at one time. In reality, however, ticks can easily transmit to humans where they can feed as well.

Sometimes, tick bites are harmless and may not even be noticed by the individual. However, they can also cause severe problems, transmit disease or result in allergic reactions that can be life-threatening.

Ticks are found on most continents, but are particularly active during the summer and autumn months. A tick may latch on to its victim as a tiny bug, and swell up as they engorge on blood over the course of 10 days or so to become as large as the size of a marble.

There are many types of ticks that naturally reside outdoors, that range in colors and also whether they’reclassified as hard or soft ticks. Soft ticks tend to be much larger as their soft body rapidly engorges with blood they fed on.

Both types of ticks may transmit disease.

Want to learn more about tick bites? Then read on below.

In many cases,a tick may bite you and either detach itself rapidlyor be brushed off by you without ever realizing what just bit you. You may also never experience any symptomsand may take it for just a mosquito. However, there are other symptoms that can manifest such as:

Itchiness at the site of the tick bite – this is in response to histamine being releasedand is a commonaccompaniment to a large variety of insect bites. This may be your first indication that a tick bite has occurred.

Pain or inflammation – in addition to the itchiness that occurs, localized pain or swelling may be observed at the spot. It is also common for several of these small swollen spots to appear at one time.

Rashes – a rash may occur if you possess a low-gradeallergy to the proteins that may be secreted from the tick’s saliva. This may resemble a type of contact dermatitis.

Blisters – blisters may develop shortly after tick bites when small amounts of fluid accumulatein pockets under the skin. These may initially be very painful but usually,subside within two or three days.

Breathing difficulties – this is a result of an anaphylactic reaction occurring causing an inflammatory response within the lungs. This may resemble asthma which is caused by excessive release of inflammatory mediators causing constriction of the airways and lungs.

Hives – these are dispersed over the entire length of the body, and are extremely itchy.

Fever or chills – tend to occur about two days after initial tick bites. When these occur they tend to indicate some sort of disease having been transmitted.

Muscle or joint pain – this may indicate transmission of serious infections such as Lyme disease.

If you have already been bitten by a tick, the first step is to locate itand remove the pest. A pair of tweezers is very easy to do this with. It is important to not twist the tick or attempt to kill it while it is still on the skin, as do not want mouth parts to be left embedded in the skin.

Once the tickis removed from the skin, gently rinse the skin with soap and water in an effort to remove any of the tick’s partsthat may be left on the surface. You may subsequently apply rubbingalcohol to the skin, or if irritation is present, an anti-itch cream to relieve the discomfort.

Occasionally, tick bites may require a visit to your physician in the event that a rush erupts, or you start experiencing symptoms beyond the localized site of contact. Antibiotics may be necessary to treatcomplicated infections or wounds that have become co-infected with bacteria.

Occasionally, ticks may transmit diseases to their hosts. There are established reports of the following being transmitted from tick bites:

Many of the approaches to preventing tick bites or the same that you would take to avoid being bitten by anyinsect. Effective approaches include:

Wear Clothing That Covers Much of The Body

Ticks are less likely to be able to bite you if you wear long sleeve shirts and long pants, along with well-fittingfootwear that does not allow ticks entry. While they may adhere to clothing, they’re less likely to reach your skin.

If hiking or camping in forested areas, stick to well-established trails with clearings. Ticks natural habitats include areas with cover such as piles of leaves or damp areas at the base of tree trunks. Trails are usually cleared as a result of high traffic and you are less likely to get bitten.

The standard insect repellent approved for preventing tick bites are those that contain about a 20% concentration of DEET. It is also necessary to reapply these repellents at prescribed intervals in order to maintain their protective action.

Permethrin is a very potent insecticide and repellent that keepsaway ticks. Nets, hammocks, andtents can all be purchased that have this insecticide impregnated in them to keep the ticks at bay. There are even specialized camping clothing that comeswith permethrin as well to offer additional protection.

If you’re just spending a short amount of time outdoors, it is necessary that you take a shower or bath immediately upon reaching home. It is ideal to do so within two hours of being outside to reduce your chances of becoming bitten.

You must also check your skin at regular intervals for the presence of ticks. Ticks prefer to migrate to areas of the body that are warm and damp, such as the groin, armpits or the scalp. Check these high-riskareas first before moving on to the rest of the body.

Interestingly, it takes more than 24 hours of continuous feeding for transmission of disease to occur, allowing you ample time to search the body for ticks and to prevent bites.

Unlike many conditions, tick bites are entirely preventable along with the diseases they can bring. It seems also as if a certain pathogenic load is required before disease ensues, meaning that chances of it never occurring are good given that you get rid of the causative tick in a timely manner.

Be sure to follow preventative steps sufficiently and you can enjoy time spent outdoorswithout fear of tick bites.