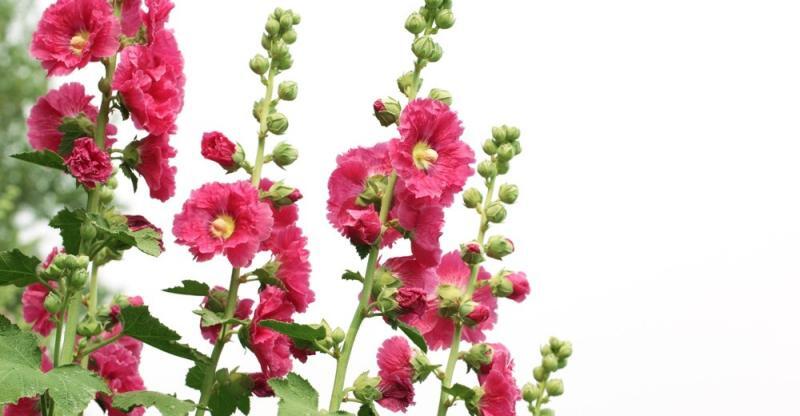 You probably have hollyhock growing right outside your home at this very minute, but have no idea what this plant really is. You’re in luck, as it turns out that Hollyhock can help naturally support your health thanks to the several benefits it possesses.

In this article you will learn exactly what this fascinating plant is and what it can do for you.

Hollyhock is primarily used for ornamental purposes, well known for its attention grabbing vivid colors. They were originally native to parts of Asia and Europe, although today they are cultivated in many parts of the world.

There are approximately 60 different species of the flowers, but most of them possess the benefits you might be after. The most common is known as Alcea rosea, though all 60 species belong to the genus Alcea.

Benefits and Uses of Hollyhock 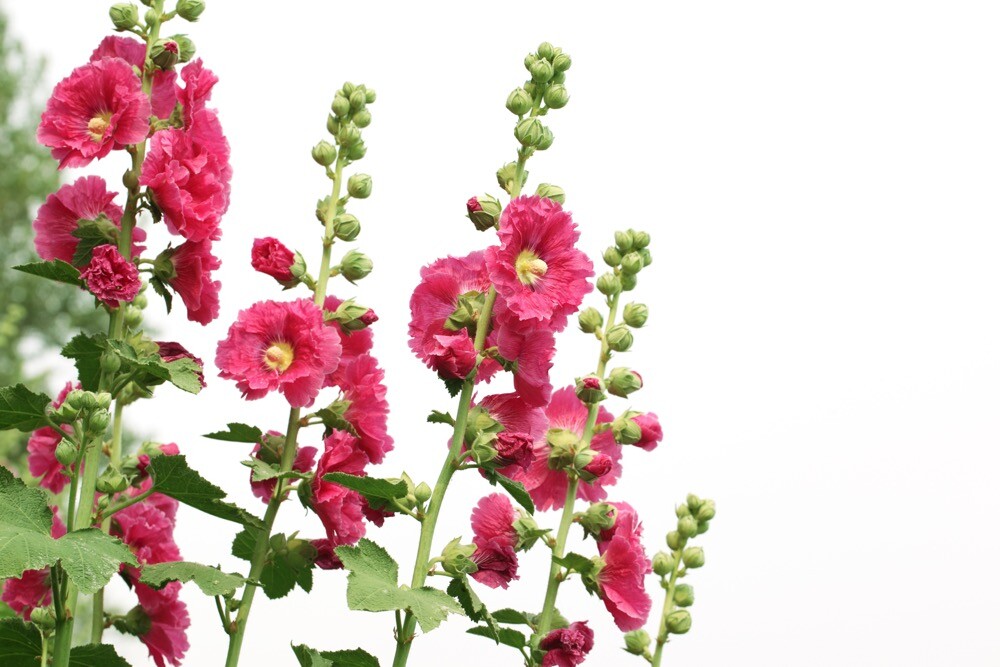 In the past, many herbs and flowers were used in an attempt to help alleviate fever, which possessed a high mortality rate owing to the difficulty of treating it. Hollyhock was one such plant that was used for its antipyretic actions, helping to reduce fevers and ease discomfort of the afflicted.

One of the well-documented uses of Hollyhock over the centuries has been its effect on supporting gastrointestinal health.

As far back as 1859 it was mentioned to help promote digestion, in addition to stimulating bowel motility. It was also frequently combined with other herbs such as goldenseal and remains in use today in the areas where it can be found natively growing.

Throughout parts of the Arabian Peninsula Hollyhock was often brewed into a tea and consumed to help alleviate conditions affecting the respiratory tract. Its antitussive actions, along with the ability to relieve inflammation along the bronchial pathway made it very important for dealing with conditions characterized by excessive airway inflammation.

It can effectively be used to promote the removal of mucus from the airways and may be of particular benefit to asthmatics and other people with sensitivities to allergens.

Hollyhock was also historically used to help ease the discomfort associated with sore throats, when brewed into a tea. It was also often combined with honey to help soothe dry itchy throats, and subsequently suppress the cough reflex.

While most people focus on the actual Hollyhock flowers, other parts of the plant also possess therapeutic benefit. For instance, using the leaves for application to wounds can promote healing and reduce localized inflammation. The leaves are either ground into a fine paste which is then applied to the area of the injury, or boiled and subsequently softened for localized application. It is said to help stimulate an immune response to subsequently accelerate healing.

Extracts of an oil made from the flowers of Hollyhock are sometimes included in skincare formulations owing to its moisturizing properties. When applied to the skin, either combined with other carrier oils or in ready-made commercial preparations, it helps promote the formation of a water proof barrier on the surface of skin cells that prevents excessive drying out. It can easily be implemented as a home remedy for dry skin, and also help support the natural youthful vigor and suppleness of skin.

Hollyhock oil can also be of benefit in people who suffer from extremely dry hair and scalp, or hair that is brittle and easily damaged. It is considered an excellent natural conditioner and one that adds moisture to hair strands. Regular application of Hollyhock oil will help improve the resistance of hair fibers to breakage, and also ads volume.

In addition to help speeding up the healing of wounds, the leaves of Hollyhock can also be used to relieve localized pain and inflammation. It effectively helps decrease the sensation of pain in the area which it is applied, and when combined with a warm water compress is can effectively modulate the pain response. Even better yet, make into a poultice and apply to the area for extended pain relief action.

Although it is not fully known why, it is said that Hollyhock was used in ancient times as a natural appetite stimulant. It is said that this property of the plant is attributed to consumption of the roots, not the flowers or leaves, which contains substances that increase appetite, being exceptionally useful in people recovering from illness.

Anemia is a disorder that can have several underlying causes, including deficiency of nutrient such as iron or specialized B vitamins. Consumption of the roots of the plant, enhanced with extracts from the flowers are said to offer excellent sources of iron and the necessary B vitamins to support healthy red blood cell synthesis. However, it is important to note that you will be hard-pressed to find standardized extracts of the Hollyhock plant, so it is difficult to measure how effective it truly is over the long term.

During the 19thcentury there wasn’t wide availability to synthetic dyes, so many people used hollyhock to dye various fabrics. Depending on the actual colors of the flower, dye could range from pale yellow to lilac or even deep mauve.

While this used faded significantly during the 20thcentury, it has been experiencing a resurgence as more people become actively involved in looking for natural alternatives to harmful chemical dyes.

While Hollyhock was used for centuries, and probably longer by people living in Asia and parts of Europe, it is important for you to understand its limitations.

For instance, the full-strength oil extracts to not be applied to the skin or consumed as is, as it is said to possess corrosive properties. In like manner, if you’re pregnant, breast-feeding or diagnosed with specific medical conditions, then you must consult your physician before using Hollyhock.

Studies as a whole are extremely limited, which makes it difficult to gauge to overall efficacy of its benefits. Nevertheless, it still possesses several benefits which you can stand to benefit from.

Now that you know more about Hollyhock, will you be using more of it? We would advise starting with a small amount and seeing how your body responds. It was used for centuries, so that means that it must be good at what it does, right? Try it and let us know what happens.