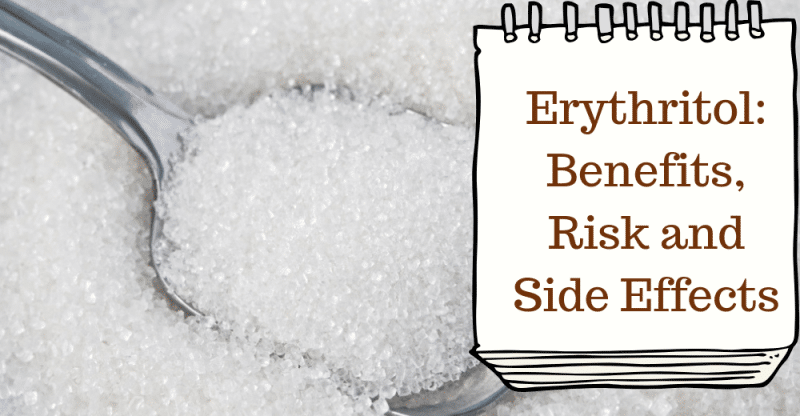 Erythritol serves as an effective and natural zero-calorie sweetener that has become massively popular. Nutrition experts believe it is less problematic than aspartame. That’s why it continues to be today’s most popular substitute for sugar minus the calories.

Apart from being a tooth-friendly additive, erythritol is less harmful than sugar. Dubbed as the low-calorie natural sweetener, it is also used in the pharmaceutical industry and belongs to the family of sugar alcohols (polyols).

Erythritol was discovered by Scottish chemist John Stenhouse in 1848. FDA approved it as a food additive in 2001. Even though, erythritol is roughly 80% as sweet as regular sugar, it contains 95% fewer calories/g. In fact it has less sugar content than mannitol, sorbitol and xylitol.

Although, erythritol is present in small amounts in vegetables and fruits, it’s also industrially produced from fermenting glucose by yeasts.

The erythritol we use today is produced by fermenting wheat or corn using the fungi Moniliella pollinisor Trichosporonoides megachliensis. Real sugar has 4 calories/g whereas xylitol features 2.4 calories/g. But erythritol impresses with its impressively low sugar content of 0.24 calories/g.

It is usually mixed with another sweetener to increase its sweetness. Erythritol is safe for human consumption but it can lead to a few side-effects. 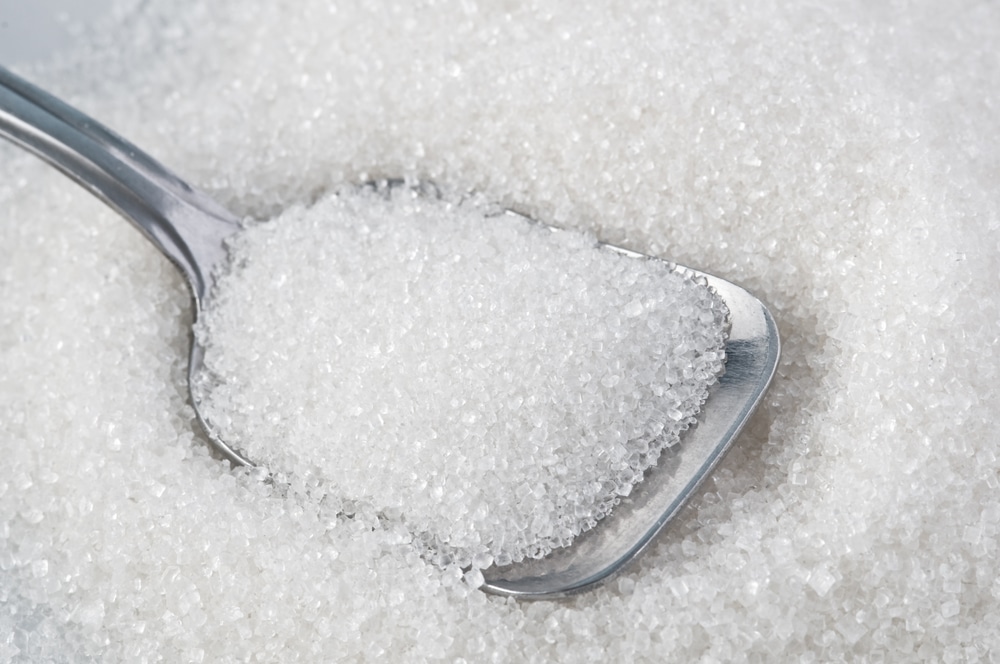 Erythritol is great for anyone who is avoiding sugar. It is a great choice for many reasons.

It doesn’t have any impact on your blood sugar. The real difference between sugar and erythritol is that there is no glucose in erythritol or sugar alcohols. This is why your blood sugar does not increase or drop to a significant level when you use it. People with diabetes commonly use this sweetener.

Erythritol is a better choice since it does not lead to tooth decay. Excessive sugar destroys enamel and teeth over time. Since, erythritol is not metabolized by the bacteria found in your mouth, you can keep your teeth white and intact.

Erythritol boasts a sugar-like taste. This is why most people like to choose it when quitting sugar. It is 60-70% as sweet as standard sugar so it’s not too saccharine while the granular texture mimics sugar well. Erythritol is one of the best substitutes for sugar.

It does not absorb moisture. This is great news for baking enthusiasts who want to use a sugar-free ingredient in their recipes. You can tweak your recipe and it won’t end up being flaky or dry.

Erythritol is suitable for preparing your favorite keto recipes. Since, it has zero calories, there is no significant impact on your sugar cravings or blood sugar. It works well for all low-carb diets since it is a fabulous sweetener that you can use when you are on a diet.

It is one of the best choices to prepare keto meals. Since the keto diet revolves around consuming fewer carbs, Erythritol serves as a healthy and natural substitute.

Erythritol is also notable for its antioxidant profile. It is heat-stable for cooking and baking and is non-carcinogenic. Although, more research is needed to declare conclusive results, the benefits of erythritol look promising.

Side Effects of Erythritol

The benefits of erythritol outweigh its side effects. The body absorbs roughly 90% of erythritol before it reaches the large intestine which reduces the chances of experiencing an upset stomach. This is why sugar alcohol is excreted in urine.

But you should be wary of a few side-effects which are common among first-time users. Even though it does not pose any serious risks as other artificial sweeteners simply because our body can absorb erythritol, large amounts of erythritol can lead to stomach pain or nausea. Make sure you consume erythritol up to 50g/day.

How to Consume Erythritol

Some people don’t like its menthol-like taste. Its cooling taste makes it a strong sweetener that may also change the flavor of whatever you are cooking or baking. You can also choose an erythritol-based sweetener. For instance, you can choose erythritol stevia.

People who are on a keto diet can also turn to ‘Swerve’ which is an erythritol sweetener. It is available as both granular sugar as well as confectioner’s sugar to suit your baking needs.

Weight watchers also like to use it in their coffee. It also comes in handy while preparing veggie glazes and sauces.

In spite of their name, sugar alcohols have no alcohol content. Even though the chemical structure of sugar alcohols is a mixture of an alcohol molecule and a sugar molecule, they have no characteristics of either sugar or alcohol. Sugar alcohols occur naturally in a few plant foods, such as carrots, cherries, sweet potatoes and mushrooms.

Although, some people have associated many myths with erythritol, it has no serious effects on your health. It has been in use in the food industry for quite some time. Now, anyone can easily purchase erythritol along with other sugar alcohols online or at health food stores. The best part about erythritol is that it leads to fewer digestive issues than other natural or artificial sweeteners.

Dentists also recommend switching to erythritol since it is less damaging to your teeth. Luckily, it has no negative effects on your blood glucose levels. According to a Japanese study, erythritol did not increase insulin or glucose in test subjects. Moreover, erythritol had no effect on cholesterol levels, free fatty acids of triacylglycerol, which makes it a safer substitute for people with diabetes.

However, we don’t recommend it to patients who have IBS since it can interfere with their digestion. In fact people who suffer from irritable bowel syndrome should avoid using all kinds of products with sugar alcohol. It is best to go slowly and see how erythritol affects your system.

It is a smart idea to cut sugar from your diet. However, choosing safer and healthier sugar substitutes such as erythritol goes a long way in protecting your health.

It is an organic compound. This sugar alcohol is sweet like your regular sugar but does not cause any damaging effects as table sugar. This is why erythritol is quickly replacing many kinds of artificial sweeteners such as sucralose, aspartame or other un-natural sweeteners.

People, who use it or an artificial sweetener to lose weight, should know that such substitutes can also increase appetite in a few cases. Even though we are not sure about the hormones which are involved in this process, it seems as if ‘fooling’ the brain with artificial sweeteners sometimes increases carbohydrate cravings. Make sure you stick to a moderate amount of erythritol to reap its many benefits.