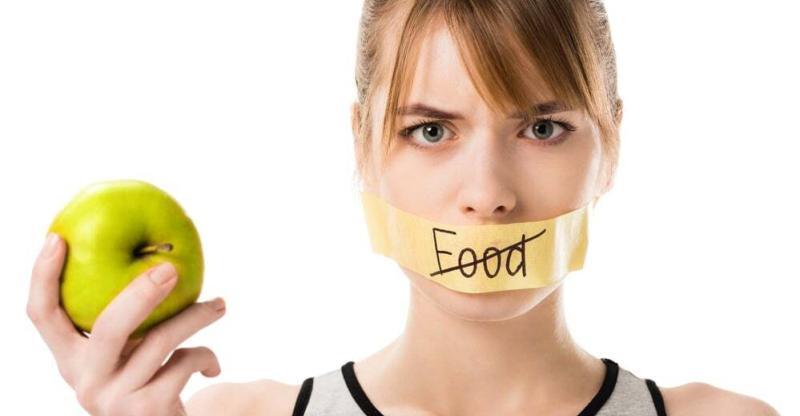 Eating disorders are amongst the most serious mental health illnesses in existence, even though they scarcely get the attention they deserve. But why is this so? The simple answer to this is the fact that an eating disorder opens up the gateway to a plethora of other complications, nutrition wise just being one of them.

It is estimated that approximately 1% of all women and 0.5% of men will experience symptoms synonymous with an eating disorder at some point throughout their lives. However, it is important to realize that all eating disorders are not the same, with the generalized name only referring to a classification system of a wide range of associated disorders.

One thing that is common amongst people diagnosed with an eating disorder is the fact that food becomes a primary focus in their lives; whether that be avoiding it at all costs, or seemingly not being able to get enough.

But in order to develop a better understanding of eating disorders and their severity, it is important to recognize the different types of disorders and know what it entails.

On one end of the eating disorder spectrum is anorexia nervosa, where people are obsessed with controlling their weight and exerting stringent control and eating patterns. People diagnosed as anorexic have a fear of gaining any weight, and many view themselves as already being overweight, when by standards they are indeed below average.

Signs And Symptoms Of Anorexia

On the opposite end of the spectrum are people diagnosed with bulimia, characterized by the inability to control the amount of food that they eat at one sitting. Persons that are classified as bulimic are also said to have binge eating disorder, although binge eating could refer to intermittent bouts of excessive food consumption, whereas individuals diagnosed as bulimic tend to consistently overeat at every meal sitting.

Even though people with bulimia overeat, in private they still induce vomiting quite often, or if they do not, partake in obsessive tendencies to reduce calories ingested.

Signs And Symptoms Of Bulimia Nervosa

In contrast to anorexia, individuals diagnosed as bulimic can and often do appear quite normal. However, people affected do feel that they are overweight or do not fit into societal norms that they deem as attractive.

Bodybuilders are likely to be diagnosed as bulimic, since to maintain a certain level of musculature an immense number of calories are required for daily consumption. In turn, these individuals will weigh significantly more than the average individual, even though in reality their excess weight is as a result of muscle and not fat.

This is one type of body dysmorphic disorder that is plaguing developed countries around the world.

Binge eating disorder is a bit different from bulimia nervosa in the sense that the individual does not normally induce vomiting after a session of eating, nor do they attempt to exercise or recruit the use of medications designed to get rid of food in a hurry.

The disorder is said to be self propagating as depression may trigger binge eating, which in turn causes the individual to feel more depressed, leading to more eating. And so the cycle continues.

To a degree, successful diagnosis of an eating disorder depends on the individual realizing that they are having a problem. For instance, a person with binge eating disorder to the untrained eye may just appear as someone who chronically overeats, and in turn is overweight or obese. However, the individual would know that they partake in binge eating in response to certain triggers.

In particular, for a conformational diagnostic positive for each of the eating disorders mentioned thus far, a physician usually looks for the following:

Self-reported or monitored binge eating sessions to the frequency of more than two per week, over six months or longer. Initially, the individual may attempt to hide this habit, which makes it much harder to diagnose. Thorough physicals and consideration of family history, individual medical history and analysis of a food diary may be necessary.

Anorexia is easier to diagnose based on visual signs, in addition to measurement of body weight (which is commonly less than 85% of what is considered normal), and consideration of the individual’s irrational fear of gaining weight and false body image.

Like binge eating disorder, bulimia diagnosis relies to an extent on the individual’s willingness to participate. In contrast to the other two eating disorders mentioned, the individual may appear quite normal, so it is only until detailed analysis of eating patterns along with familial history is taken that clues may begin to appear.

Monitoring in a facility may also be necessary in order to observe hidden habits such as purging or the compulsive need to exercise throughout the day.

Treatment approaches to eating disorders vary based on the particular disorder in question. Common approaches to treatment include the following:

One of the mainstays of managing binge eating disorder involves therapy. Cognitive behavioral therapy, family therapy and group therapy are all effective approaches to helping the individual realize and adopt better eating practices, and in the event depression or chronic anxiety are triggers, appropriate medical intervention may be administered.

Owing to the fact that individuals diagnosed as anemic are probably already malnourished, hospitalization is usually part of effective treatment. Administration of intravenous nutrition is given for a period of time, or if hospitalization is not required, frequent outpatient appointments to ensure nutritional intervention has been followed.

Other approaches include therapy with the goal of changing thoughts that lead to relapses, attaining an ideal weight and addressing other psychological problems that may be present. Psychotherapy and medications that help to improve mood are also sometimes prescribed.

Treatment of bulimia nervosa involves many of the approaches shared in successful management of other types of eating disorders. These include therapy, counseling and prescription of antianxiety or antidepressant medications as necessary. Having a strong support system in place also positively influences success and prevention against relapse.

Even though the actual number of people diagnosed with eating disorders may seem small, the seriousness of this type of mental disorder need to be treated with the same urgency that depression and other more well-established conditions are dealt with.

Many eating disorders also share an underlying cause with depressive illness or anxiety, so successful management techniques could in effect, achieve multiple goals.