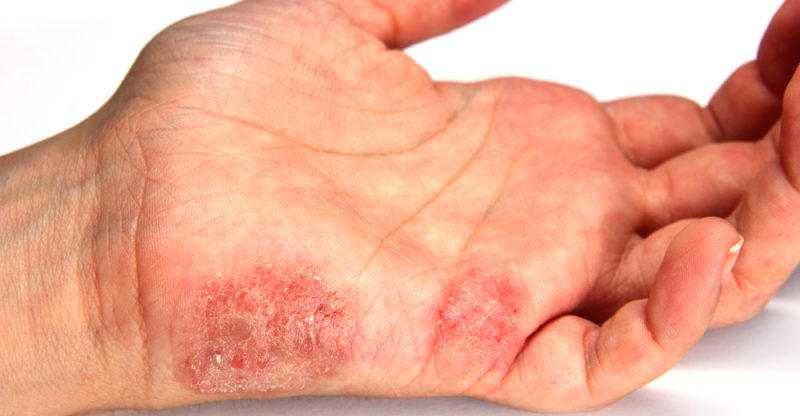 Dermatitis is a broad term that generally encompasses a range of inflammatory conditions that affect the skin, even though its exact appearance and underlying cause can vary to a great degree. In most cases, there is an associated highly visible rash that may appear raised, red, or in some instances ooze.

Dermatitis itself is not contagious, as it often occurs based on your immune system and sensitivity to a particular trigger, but similar allergenicity potential may run in families. Luckily, often times dermatitis is mild and can be rectified with the use of readily available over-the-counter preparations.

Based on the location at which the rash develops, and cause of the rash in the first place, the manifestations may look different. However, classifying dermatitis as belonging to one of three types helps with an explanation of its associated symptoms. These types are:

Rashes associated with contact dermatitis may develop acute itching, burning, or stinging, owing to the fact that this type of dermatitis develops as a result of coming into contact with a triggering substance. This type of rash is usually limited to the area of the body that came in contact with the trigger, though in rare cases the profuse development of rashes may occur, especially if the trigger was able to pierce the skin and enter blood circulation.

Contact dermatitis can be further sub-classified as being allergic or irritant in nature, based on the exposure source. Chemicals often fall under the category of irritants, while insect stings/bites and inadvertent exposure to plants can be classified as allergic in nature.

Better known as eczema, this type of dermatitis is strongly associated with an immune disorder, usually occurring in conjunction with conditions such as asthma or chronic allergies. Atopic dermatitis may first manifest during childhood, characterized by rashes that appear on areas of the body where skin folds are present, such as the elbows, knees or the neck.

Atopic dermatitis can occur at any time, and then remiss until a later time when flare-ups happen again.

This type of dermatitis involves the development of a rash specifically on areas of the body where a large amount of sebum is produced. Sebum is a natural oil like substance produced by sebaceous glands on the body, with areas such as the face, scalp, upper back, and chest having a high density of these glands.

Seborrheic dermatitis appears as crusty skin rashes, may manifest as dandruff on the scalp, or make the skin appear extremely dry and white. Measures to control sebum production can reduce the frequency of seborrheic dermatitis flare-ups, though they have been known to go into remission on their own.

The causes of dermatitis differ according to how the rash is classified. Specifically, common causes include,

A disorder affecting the immune system is one of the primary underlying causes that lend itself to the development of the condition, in addition to environmental triggers, poor skin health and occasionally, complications with bacterial or fungal pathogens.

Strangely enough, something known as the “Hygiene Hypothesis” postulates that atopic dermatitis and associated conditions (such as allergies, asthma) is more likely to develop when extreme cleanliness is practiced during a child’s formative years.

It is believed that by avoiding a range of natural bacteria that help support immune system development, defects manifest and contribute to hypersensitivity to allergens at a later point in life.

Common causes of a contact dermatitis rash include accidental exposure to poison ivy, certain types of metals, perfumes, cosmetics, or even colorants used in some skin care products. Often times, the presence of particular proteins or amino acids are to blame, though it is next to impossible to avoid all sources of the allergenic trigger.

Climate plays a large role in the frequency at which you experiencing seborrheic dermatitis, such as summer months resulting in excessive perspiration, and sebum production by your skin. This is why seborrheic dermatitis is more common in tropical countries and during summer months, but may also occur as a result of fungal infections that trigger the skin to produce more sebum.

Management of dermatitis differs based on symptoms experienced, common modalities including:

While seborrheic and atopic varieties of dermatitis can be difficult to avoid altogether, you can certainly minimize your risk of developing contact dermatitis. By ensuring skin is covered appropriately before handling substances that may be possible allergens/irritants, using gloves if necessary, and avoiding subsequent contact if you observe mild manifestations of a reaction the first time you encounter something you can safeguard yourself against further breakouts.