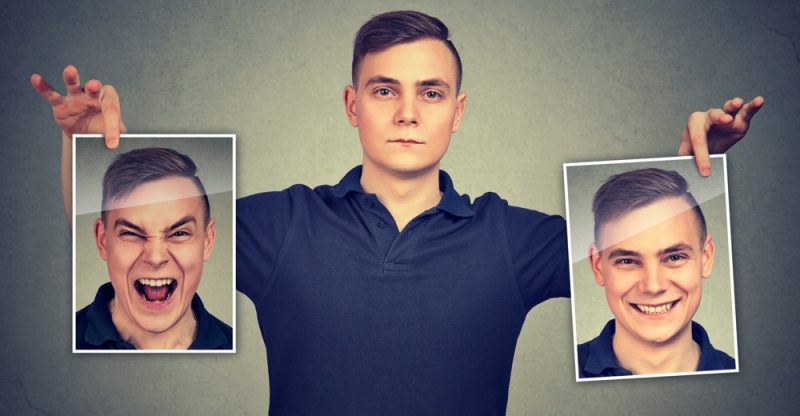 What is Bipolar Disorder?

Bipolar disorder is a recognized mental health condition that is characterized by bouts of depression; the depressive phase, along with hypermania, or a phase that resembles that of psychosis. Previously known as manic-depressive disorder, it affects tens of thousands of people all over the world and places a significant economic burden on public health systems.

The exact frequency of these episodes can vary greatly however, as some people experience them as rarely as once per year, while other people are more prone to experiencing their effects when under higher than normal levels of stress.

Once symptoms do flare up, they can last for several weeks until appropriate interventional steps are taken. It is estimated that over 80% of patients with bipolar disorder are classified as having a severe form of the condition.

Bipolar disorder can be classified into one of three types based on what had been experienced prior to diagnosis.

Using involves at least one prior manic episode along with a major depressive illness manifestation. It is also necessary to rule out conditions such as schizophrenia.

Individual may have experienced one or more depressive episodes and at least one state of hypomania, which is less severe that mania as the individual may still have all senses intact and be fully functioning.

Bipolar 2 may also include mixed symptoms of depressive and hypomanic states at the same time.

Typically considered a different diagnosis from bipolar disorder altogether, even though the symptoms are of a lower intensity. Low-level depressive bouts usually cycle with hypomania.

The symptoms of bipolar disorder change rapidly along a spectrum based on the current phase being experienced. There are actually 3 phases along this spectrum, and not 2 as may be expected. Symptoms that may be experienced include:

It is difficult to assign specific causes to bipolar disorder, because in general, many mental health conditions do not occur as a result of a single variable but rather a complex cocktail of factors. Persons who possess several risk factors are at highest risk of developing the condition, with factors including:

Genetics– though there is not a direct relationship between a relative or family member having bipolar disorder and you developing it, there is undoubtedly specific genes that are present in a large majority of people diagnosed with the condition.

In fact, persons with a history of schizophrenia in their family are also likely to have these genes as the two mental health condition share several similarities.

Environmental Factors– these include experience that your body may experience as opposed to something that it inherently possesses. For example, a high stress burden, PTSD or GAD can also act as environmental influences that can raise the risk of bipolar disorder in susceptible individuals.

Other contributory environmental factors also include illness which lends itself to immobility.

Structural Brain Defects– occasionally, the brain may either develop a change that alters normal function, or as a result of aging or neurodegenerative disease. Changes in neurotransmitter levels or hormones can all contribute to bipolar disorder.

Treatment of bipolar disorder involves a multifaceted approach to managing the condition. The goal of treatment is not necessarily to “cure” the condition, as that is highly improbable, but to reduce the frequency of episodes to as little as possible. This, along with minimizing the time spent in each phase is a very good outcome. Common approaches include:

A cocktail of prescription medications may be needed for effective management of bipolar disorder, such as:

There are various forms of therapy that may prove useful in management of bipolar disorder. Commonly included modalities include:

Rhythm therapy involves forming a daily rhythm when doing things, whether that means having a shower at the same time each day, along with eating and sleeping. This allows the individual what they perceive as a greater degree of control over their daily lives and less prone to developing episodes from stress or anxiety.

Sometime informing the affected party and their immediate relatives can go a far way in understanding the disorder and how to deal with it appropriately. Oftentimes, people may have no idea why they experience episodes or what triggers it, but simple education can improve management of the condition.

This involves having sessions with your therapist in order to develop coping strategies, and fostering a positive mindset.

Somewhat controversial and only employed in cases where an individual may be refractive to the various forms of therapy or medication. It involves passing a current through the brain to induce a seizure which can shows itself to be effective in over 70% of people with refractory depressive symptoms.

These include making positive dietary changes, such as consuming more foods rich in protein that may support neurotransmitter levels, along with ensuring you get adequate sleep nightly, and avoiding social situations that may trigger your symptoms.

Once diagnosed as having bipolar disorder in your lifetime, that diagnosis does not go away. Even though an individual can go a period of several years without experience any episodes, there is still the likelihood that it recurs spontaneously one day after a shock traumatic episode.

It is important to keep doing what seems to help minimize your symptoms or you risk experiencing it all again if you stop.