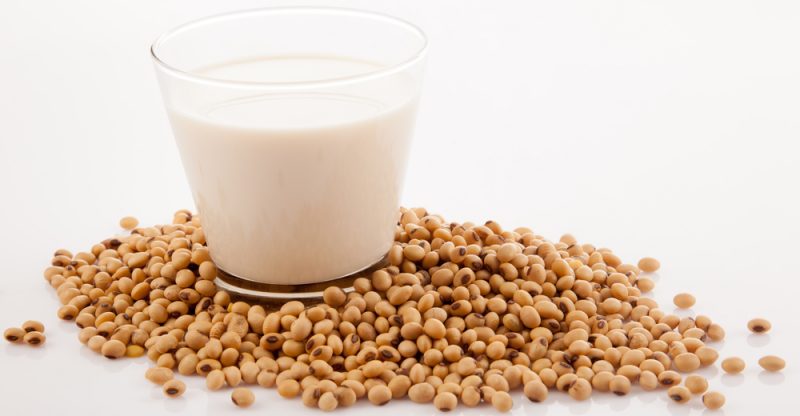 For many persons, consumption of soymilk is a dietary staple that helps them to meet their protein requirements for the day. This is especially true when talking about vegetarians or vegans, as the elimination of animal-based proteins from the diet leaves a void that many plant-based foods can’t fill. Luckily, soy milk comes to the rescue, supplying complete proteins and several unique benefits to health, making it the undisputed King of vegan based protein beverages.

Soymilk is also the precursor for production of tofu, another vegan dietary staple. Wondering what benefits soymilk consumption has to offer your body? Read on below to find out more: 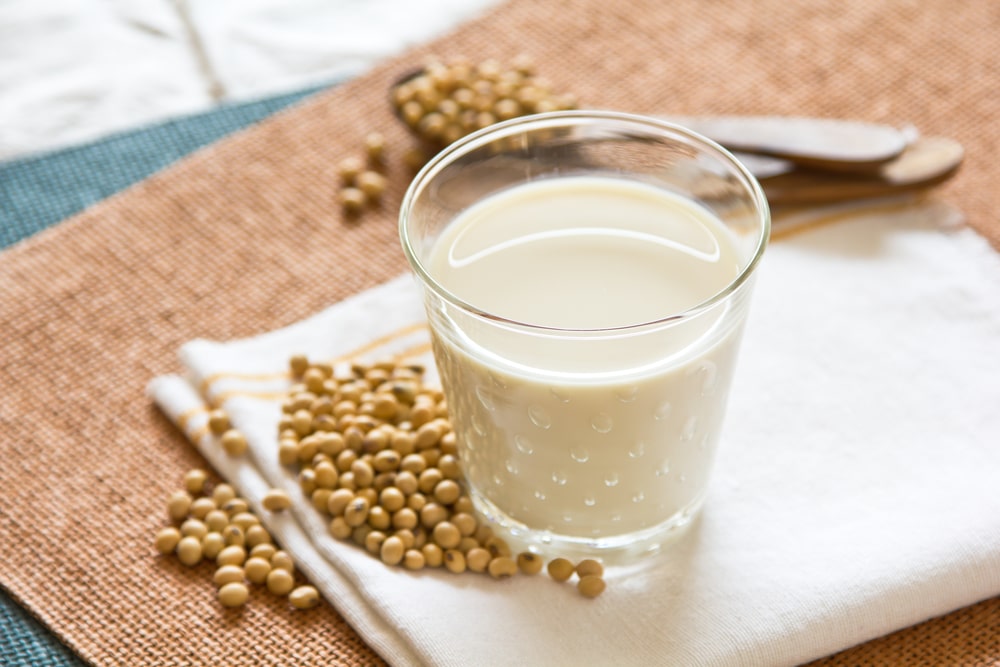 One of the most well-known effects of soy milk consumption is its ability to promote cardiovascular health, by acting on several aspects at once.

For instance, being a plant-based milk substitute, it still retains a decent amount of fiber, promoting the excretion of bile acids. Removal of bile acids from circulation is one effective method of cholesterol control that some prescription medications make use of.

In addition to this, soy milk helps preserve vascular flexibility, so that the blood vessels are able to handle changes to blood pressure easily, taking the load off of your hearts.

Soy milk is an extremely rich source of dietary calcium, being one of the most important minerals to the preservation and fortification of bone tissue. The importance of bone is not appreciated – it is often regarded as dead tissue that doesn’t require nutrition.

This couldn’t be further from the truth, as bone is alive, with its structural integrity capable of being compromised if you do not supply the nutrients necessary for its health. Calcium and other minerals form the structural matrix of bone, essential for helping to preserve your posture, mobility, and later in life (especially postmenopausally in women) preventing the likelihood of osteoporosis developing.

The significant impact the reduction of natural estrogen production causes in postmenopausal women is immense; they lose the protective effect of estrogen on the heart, stand likely to develop bone disorders, may lose their youthful glow, and in general experience symptoms of accelerated aging.

Soymilk, thanks to the presence of isoflavones, help supply phytoestrogens – plant-based substances with a chemical structure closely related to human estrogen and that can ameliorate many of the effects women observe postmenopausally.

Consumption of soymilk prior and during menopause can also help alleviate symptoms such as hot flashes, cramps, night sweats and insomnia. What are you waiting for? If you are a woman, there is no bad time to start consuming soymilk – so take advantage of it now.

Soy milk contains a spectrum of nutrients, including the B vitamins which play a key role in the regulation of mood. Oftentimes, soymilk is also fortified with magnesium, a mineral that is known to stimulate serotonin production- serotonin being one of the most well-known neurotransmitters that dictate your sense of well-being.

Persons with depressive illness often suffer from low serotonin levels, which is why natural means of stimulating production are common mainstays of treatment, acting as adjuvants to prescription medication if necessary.

When it comes to soymilk’s ability to prevent cancer, it’s best taken as a mixed bag. What do we mean by this? There have been findings that indicates soymilk can be beneficial, or triggering, depending on the specific cancer type and taking into consideration individual variances.

For example, in terms of prostate cancer development, soymilk and soy products in general, play a role in triggering the cascade that may cause its development in the first place. But interestingly, if cancer has already ensued, it may serve a purpose by helping slow down the rate of cancer cell growth.

Many of its effects on cancer can be attributed to its phytoestrogen compounds; it has effects that are less stimulating than endogenous estrogen, effectively acting as a blocker in some cases.

It does have preventative potential against breast, colon and stomach cancers, while for prostate cancer it may serve as an adjuvants to chemotherapeutic medication.

Soy milk is high in protein, moderate in fiber, but still maintains low carbohydrates in its nutritional profile. This makes it a great food for consumption as a diabetic.

In particular, soymilk can help to elicit modest improvements to insulin sensitivity, a common problem plaguing diabetics all over the world. Diminished insulin sensitivity impairs glucose uptake and the ability of it to enter cells, with the end results of damage to various cell types.

Glucose is not meant to remain in blood circulation for a prolonged period of time, which is why diabetics are prone to complications from elevated levels.

Protein and fiber is well known for their ability to slow the rate at which glucose enters circulation, giving insulin a bit of added time to process the glucose that is already there.

Persons that regularly consume soymilk also notice a decrease in the frequency of migraine attacks, thanks to the presence of magnesium in it.

It has been found that persons that consume the lowest amount of magnesium are more likely to experience more intense and frequent migraine attacks. It is not fully known why migraines are triggered, but magnesium may help by promoting blood vessel homeostasis, preventing excessive dilation of the vessels under the scalp.

It is important to know that soybean oil is considered pro-oxidant in nature, and accelerates many oxidative processes to our own demise. However, soymilk is different in that it is considered an antioxidant food, containing plant-based Omega-3 fats such as alpha linolenic acid.

While not as effective as fish based Omega-3 fats, if you are vegan consumption of alpha linoleic acid is still necessary as our bodies cannot produce this essential fat. Omega-6 fats, while important to overall health as well, are not anti-inflammatory in nature, and must be balanced with Omega-3 consumption for optimal health.

Preservation of cognitive function as we age is key to enjoying your golden years, but something that many people fail to appropriately address. Consumption of soy milk, especially under the age of 65 is positively associated with enhanced cognitive function, meaning more mental faculties are kept well into old age.

Many of these benefits best serve women, and under the age of 65, as this appears to be the point after which meaningful interventions are too little too late.

Soymilk is exceptionally beneficial to our health, thanks to the host of nutrients it possesses. However, that is, if you are female.

In men, the benefits of soymilk consumption, and other soy products in general need to be carefully weighed against its risks. Soy is a known endocrine disruptor, causing suppression of male hormones, impacting fertility, and causing a significant degree of feminization.

That is not to say that men don’t stand to benefit from small amounts of soymilk consumption but making it a regular practice is not something to take lightly.

See Also
11 Amazing Benefits of Turmeric and Curcumin
Erythritol – Benefits, Risk and Side Effects
11 Proven Benefits of Broccoli Sprouts
Carotenoids: What are Carotenoids?