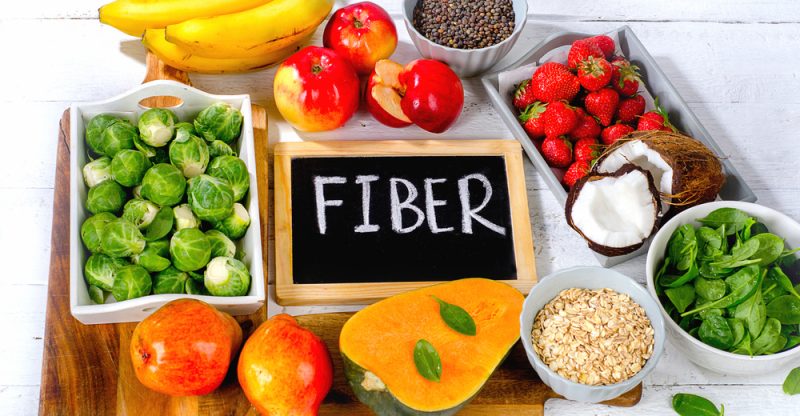 Consuming fiber-richfoods is one of the easiest changes you can make to start improving your diet, as typical Western consumption of foods high in fiber is at an all-time low; with less than 5% of the population getting in the recommended daily amounts.

Even though most persons know that fiber is important in the diet, they have no real clue about what it does, or that there are broadly two different types of fiber, tobegin with.

There is insoluble fiber, which is the type that transits through the body basically in an unchanged state, primarily acting as roughage to prevent constipation and help maintain regularity, and then there’s soluble fiber, which the good bacteria residing in our gut use as a source of fuel to maintain their functions.

Thus, it should go without saying that it is very important to try and come as close as possible to the recommended daily fiber intake amounts, which today stands at approximately 25 to 30 g daily. Be sure to add the following fiber-richfoods to your diet for maximal health benefits:

15 High-Fiber Foods You Should Eat 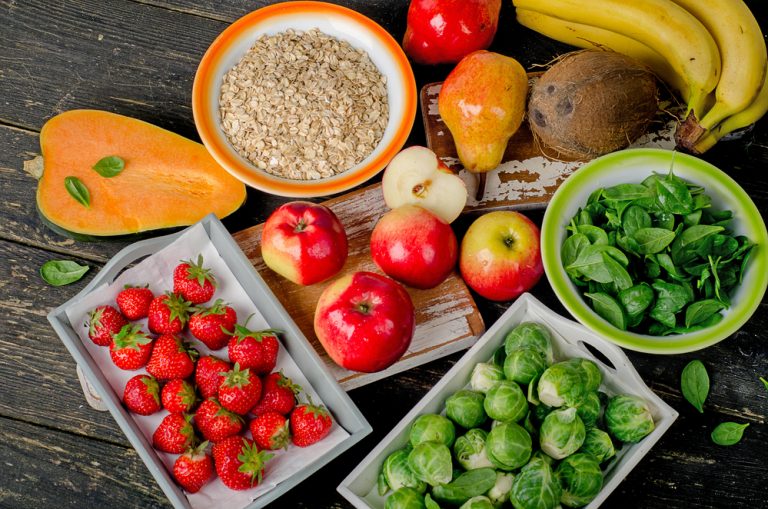 Avocados are superior and different to many fruits owing to the fact that they are composed almost entirely of fat, whereas most fruits are high in carbohydrate content. However, in addition to this avocados are also extremely rich in fiber, supplying approximately 6.5 g per 100 g serving.

Most people are unaware that avocados contain any fiber, as it is not immediately obvious. Most of the fiber contained in avocados are of the soluble variety.

The nutritional density of broccoli is one reason why your mom was right when she told you to ensure that you eat all your veggies!

All jokes aside, broccoli can be considered one of the most nutrient-richvegetables on the planet, owing to high levels of vitamin C, vitamin K, a plethora of B vitamins, manganese and iron to name a few. Not forgetting the fact that this cruciferous vegetable can also help to prevent the conversion of testosterone into estrogen, making it a staple in the diets of men everywhere.

But back to fiber – each cup of broccoli supplies approximately 2.5 g of insoluble fiber, which goes a far way in helping you meet your daily goals.

Lentils are available everywhere, even though most persons miss out on what this super legume has to offer. Loaded with soluble fiber and extremely rich in protein, lentils should find their way into your diet.

If you’re a fan of curried dishes, lentils lend themselves as a gravy complement known as dhal, commonly consumed on the Indian subcontinent.

1 cup of cooked lentils suppliesapproximately 15 g of fiber, equating to more than 50% of your daily recommended intake. Not too shabby!

A staple that has grown in immense popularity over the past two decades, it is tasty and loaded with nutrients such as magnesium, zinc, potassium as well as generous protein, making it the perfect alternative to rice.

A cup of cooked quinoa contains approximately 5 g of fiber, both the soluble and insoluble types.

You know it was just a matter of time before oats popped up, and rightly so, as they are an established powerhouse in terms of fiber content.

1 cup of uncooked oats supplies approximately 16 g of fiber, both soluble and insoluble, with the presence of a rare soluble fiber known as Beta glucan helping to control cholesterol and blood sugar levels exceptionally well in the process.

Chia seeds are another recently discovered superfood, lending itself to tasty treats, or consuming as is once saturated in a watery base. They are extremely rich sources of calcium, phosphorus, andmagnesium, and compared on a gram per gram basis, could be considered the richest source of fiber known to man.

100 g of Chia seeds supplies approximately 34 g of fiber, both the soluble and insoluble type, helping you hit your daily goals in one fell swoop.

Raspberries possess a sweet tart like taste, making them the perfect fruits for inclusion in baked goods or with yogurt for added nutritive value. A cup of fresh raspberries supplies about 8 g of fiber, mostly the insoluble variety, helping keep you regular and also supplying a nice amount of vitamin C and related bioflavonoids.

If you like apples but want more flavor, Asian pears could soon become your go-tofavorites. Loaded with vitamin C, vitamin K, andpotassium, these juicy pears also supply a massive 10 g of fiber in each medium-size pear, being both the soluble and insoluble types.

So go ahead, have a pear as a snack to support your health.

To be clear, we’re not referring to coconut water, which by itself is loaded with nutritional goodness, but rather the white stuff inside the coconut, also known as the jelly.

Per cup of coconut jelly you will get approximately 7 g of fiber, but both the soluble and insoluble variety. If you don’t like consuming fresh jelly, coconut flour or even grated flakes added to certain recipes can help you receive all the nutrients this tropical fruit has to offer you.

Also known as Ochro in some parts of the world, this vegetable that originated in Ethiopia is now a common fixture throughout much of the southern United States and Caribbean regions, owing to its taste and nutritional goodness.

They are well known for high amounts of B vitamins, iron, zinc, phosphorus in addition to vitamins A and C.

Bananas aren’t best known for having fiber, even though they do contain a respectable 3g in each medium-size fruit, primarily being soluble fiber.

Regardless, bananas are also loaded with other nutrients such as potassium, vitamin C and certain B vitamins. Plus, consuming unripe bananas also supply a much higher amount of insoluble fiber, as unripe fruits possess high amounts of resistant starch.

Carrots are root vegetables best known for their high vitamin A content, even though they also contain generous amounts of vitamin K, magnesium and certain B vitamins, in addition to a decent amount of fiber.

Kidney beans are another popular legume consumed the world over, with each cup of cooked beans supplying just over 11 g of fiber.

Kidney beans are also rich sources of B vitaminsand can help vegans meet their protein requirements for the day.

Almonds are often consumed for their high amounts of proteinbut are also great sources of vitamin D, magnesium and to a lesser degree plant-based omega-3 fats.

They are also decent sources of fiber, supplying 12 g per 100 g serving.

Flaxseeds are great sources of plant-based omega-3 fats, essential if you are vegan that does not use animal products. They are also decent sources of protein, along with the minerals copper, magnesium, and B vitamins.

Flaxseeds supply just shy of 3g of fiber per tablespoon (10 g serving), making them excellent snacks in between meals. Even better yet, ground the seeds and include them wherever suitable – think of smoothies, baked goods, andeven savory meals.

The abundance of fiber-richfoods means that a deficiency should not be a common occurrence. Yet, our dependence on processed foods is the reason why less than 5% of the American population meet their daily goals.

Have a favorite veggie? As long as it’s low-calorie, don’t be shy about consuming as much of it as you want – it will go far way in helping you hit your goals.