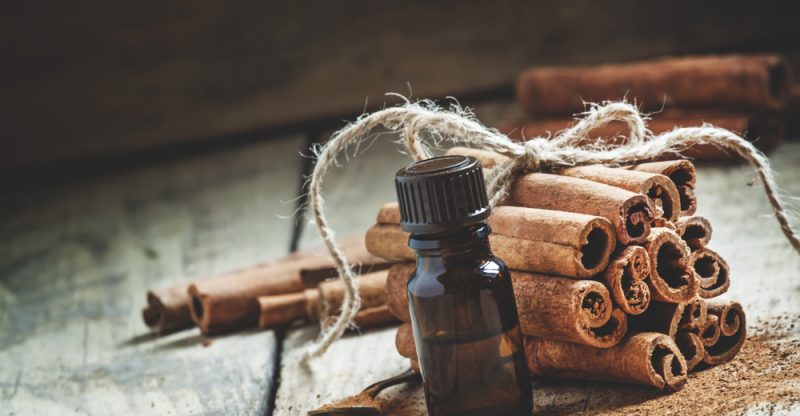 What is Cinnamon Oil?

Cinnamon ( Cinnamon Oil ) is a spice with a spicy history and origin. The use of cinnamon is thousand years old; it has been used in making medicine and food by the Arabs and Egyptians. It was used mostly for its distinct aroma as a note in perfumes and perfume oils. Many legends and tall tales surround this spice.

Fun fact: Nero, the emperor of Rome burned as much of cinnamon as possible at the tomb of his second wife, as her death was believed to be the result of his actions.

To gain a monopoly over the trade of cinnamon, the Arabs kept its origins a secret until the secret was discovered and revealed by Portuguese traders who discovered that it was cultivated in Ceylon -present day Sri Lanka. These traders then conquered Ceylon and gained control over the cinnamon trade.

The scientific name of the cinnamon plant is Cinnamon sverum, and cinnamon oil is derived from the bark of this plant. The oil is highly potent and its composition makes it more useful than the whole spice or its plant.

Cinnamon oil has been a part of medicine for a long time. It is composed of many active ingredients that give it its signature aroma and benefits. Here is a list of the reasons why cinnamon oil is excellent for you. 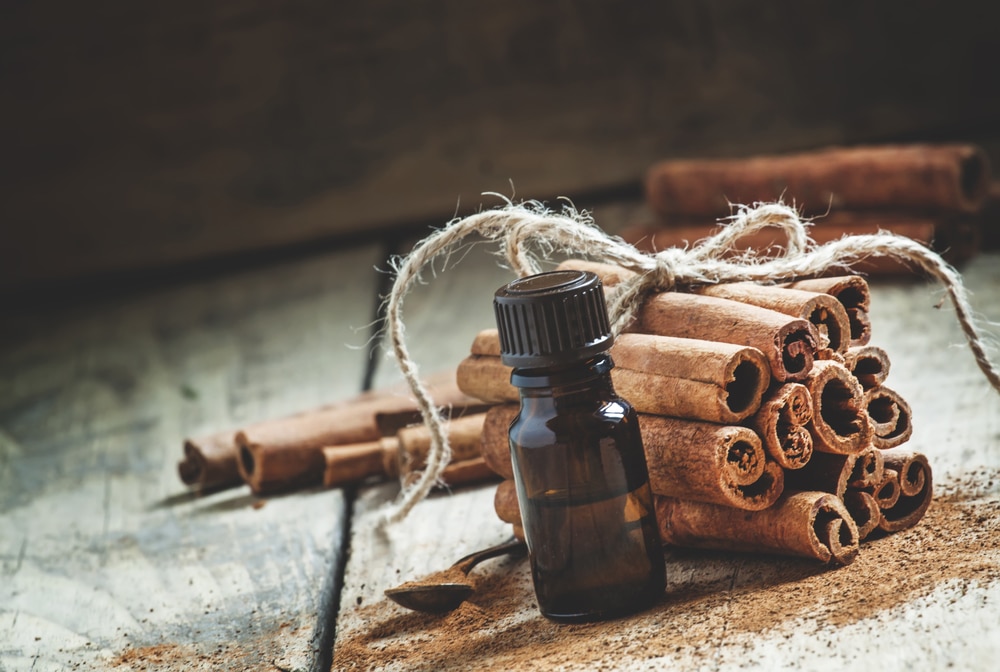 Cinnamon has been widely used to treat diabetes. Studies have showed that the spice and its oil are most beneficial for patients suffering from Type-2 diabetes. This spice is truly wonderful, as it can imitate insulin and increase insulin sensitivity in the body. Some studies even show that the use of cinnamon oil can be useful n lowering the blood sugar levels by 24%.

Cinnamon oil is a natural way of reducing cramps, during that time of the month. Plus, it helps keep the symptoms of PMS away. In some cases, cinnamon consumption has also elongated the time between childbirth and the return of menstruation, which helps curb early conception. Mothers who are breastfeeding are advised to add cinnamon to their diets to maintain a healthy gap between childbirth and the next conception.

Cinnamon has many healing properties. It is very effective in the treatment of a lot of diseases. It has been observed to lessen the healing time of a wound. Women who give birth by a c-section can utilize the amazing properties of cinnamon oil by adding it to any tofu or meat dish to heal the wound quickly. It acts as a coagulant and stops bleeding to help the healing process.

Cinnamon oil has its own distinct and enticing aroma and some people even wear it as a scent on its own. Some essential oil can be worn that way.  Cinnamon oil is otherwise the most used layer or “note” in perfume making. It adds that deep musky scent, which is truly irresistible. The oil can be used in combination with other sweet smelling essential oils to create perfume oils at home.

Cinnamon oil has been observed under gas chromatography and mass spectrometry, which has helped guarantee that the oil indeed contains plenty of anti-inflammatory properties.  Cinnamon oil is one of the most potent sources of anti-inflammatory elements. Consuming it or topically applying it will help reduce the effects of inflammation. When added to olive oil or other carrier oils, it acts a powerful form of pain alleviation to treat joint pain and can and reduce inflammation. You can gently massage the oil in the affected areas.

Scientists have been working on finding the effects of cinnamon on E.coli cells. Cinnamon oil has a very strong effect on E.coli and other infections. The oil can also help build a stronger immunity to infections in general. Regular consumption can also be very effective in reducing gum and other bacterial issues in the mouth. It is also very effective in treating urinary tract infections.

Cinnamon oil possesses various antimicrobial properties that are very effective in fighting Streptococcus mutans that are the cause of gum infections. In contemporary dental practice, the use of essential oils to battle oral health issues is a popular practice. Essential oils a natural way of preventing mouth infections.

Cinnamaldehyde is a delicious element of the oil, which is also very effective in preventing cancer. This increases essential antioxidant enzyme in the body to prevent colon cancer. Cinnamon oil is very effective in creating a barrier around colon cells to prevent the occurrence of cancer.

Cinnamon oil has decongestant, demulcent and expectorant properties that help loosen the phlegm and mucus to heal any respiratory infections and illnesses. It helps prevent any further illnesses that are associated with accumulated phlegm and mucus.

The cinnamon acid in cinnamon oil has anti-tubercular properties; this is very helpful in fighting tuberculosis and sinuses as well. It has been observed to prevent the onset of diseases like asthma and long-term cough. Cinnamon oil can be added to diffusers and steam baths to help soothe the respiratory tract and fight diseases. This is an excellent remedy for nasal congestion and headaches.

Ayurvedic medicine has been using cinnamon oil to strengthen willpower and elevate moods. It helps in calming the mind during bouts of anger or anxiety. It has a bittersweet smell that is very calming and also helps you unwind after a long day. It can be added to the diffuser or burning cinnamon oil infused candle can also be very calming.

Cinnamon oil has a very warming sensation and can be helpful in managing arthritis pain. It is an analgesic agent that is also a very effective reliever of menstrual pains when applied topically. It is also very useful in calming sore muscles and knots. A warm bath with cinnamon oil is the best cure for relieving sore muscles.

Going on an overnight camping trip? Do not forget to pack a bottle of cinnamon oil; it is a natural and chemical free way to ensure you and your loved ones do not suffer mosquito bites. Its aroma and composition make it deadly for mosquitoes and they are sure to leave you alone if you use cinnamon oil. Burning it in incense burners is also an effective trick to keep the mosquitoes away.

Cinnamon as a spice is a good addition to food to reduce any intestinal and digestive problems. Cinnamon oil takes it a notch higher, the edible oil can be added to food after it has cooled down to help with good digestion and preventing any constipation issues.

Due to being diuretic cinnamon is very effective in promoting the excretion of toxins from the body in the form of urine. Cinnamon oil can be added to smoothes or your morning oatmeal to get its benefits.

Cinnamon is a very healthy and beneficial spice that not only enhances the flavor of food, but may just be the right addition to ensure a healthy body and mind.