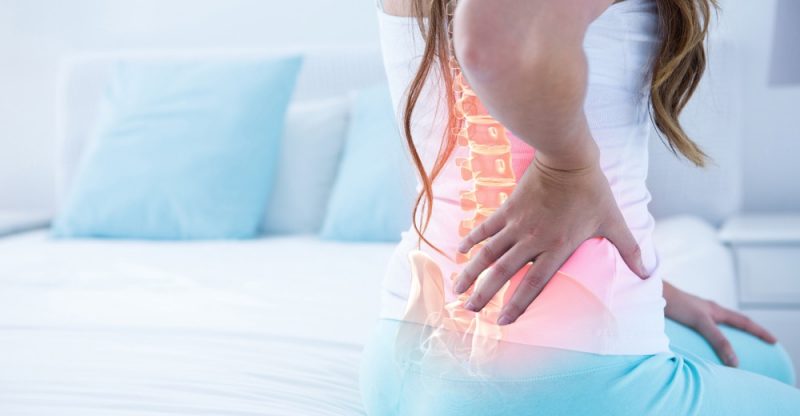 It is absolutely staggering to learn that approximately 11% of all Americans live with chronic pain on a daily basis, severely affecting their quality of life.

Prescription medications do exist that help to alleviate their suffering, but these carry the serious risk of numerous side effects. Not to mention, it is very expensive to continuously refill prescriptions, making many people seek natural remedies.

There are many herbs which are now a part of mainstream pain management, and which you should start taking advantage of if you have never done so before. Let’s check out the most effective options.

Turmeric has grown in popularity immensely over the past two decades, owing to its promising effects on reducing system wide inflammation, and even assisting with cancer prevention.

Much of turmeric’s actions can be attributed to its active constituent known as curcumin. It is this compound which exerts potent effects on reducing inflammation, with one of its most popular uses today being for the management of arthritic disease.

You can attempt to consume more turmeric on a daily basis, or consume a supplement standardized to contain curcumin as a good starting point.

White willow bark is an interesting herb that exerts direct analgesic action, more potent than many other herbs which are known to deliver predominantly anti-inflammatory effects.

In particular, white willow bark contains natural salicylic acid, which is one of the compounds found in aspirin that is responsible for its pain relief action.

What’s much more interesting, however, is the fact that while its pain relief potential is very similar to aspirin, its safety profile is superior, being associated with fewer adverse effects.

Even though its long-term consumption for pain management is not well established, it is very effective for managing short-term or acute pain, such as those caused by injuries or even headaches.

While most types of hot peppers will do, often times we are referring to either cayenne or chili peppers. Contained within these peppers is a compound by the name of capsaicin, which give them their characteristic spiciness.

In addition to this, however, the fact is that capsaicin is very helpful for relieving pain. Capsaicin is a common additive in many topical medications to relieve pain, and is even available in a standardized supplement form.

In particular, capsaicin is believed to help reduce the transmission of a compound known as substance P. In turn, nerve endings become less sensitive to painful stimuli or from signals sent by the brain, and your perception of pain diminishes.

Ginger has a well-established history as a potent anti-inflammatory herb, helping to treat conditions that are associated with painful swelling. In addition to this, ginger is also believed to prevent the activation of genes that are known to promote the production of inflammatory mediators, in turn worsening the pain felt.

While these genes are important for helping you to realize that pain is present, often times modulating their activity can be very helpful and allow you to experience greater.

Cloves are often considered as nature’s anesthetic, as it can commonly be found in the form of its oil for helping to treat topical conditions that require pain relief (numbing).

The first thing that comes to mind is for the treatment of tooth ache, but it can also assist with management of several other conditions, especially those that are superficial in nature. Think of muscular pain, arthritis, strains or more that can all be numbed from local application of clove oil.

The active constituent of clove oil, eugenol, is also antiseptic in nature and can serve the dual purpose of preventing bacterial overgrowth in the event that pain is originating from an active wound.

Cinnamon shares many traits with ginger and turmeric, even though they aren’t inextricably related. For one, cinnamon is an effective anti-inflammatory agent, but also possesses significant antioxidant properties as well.

This makes it best suited to manage pain with an inflammatory or oxidative pathway, as is often the case with arthritis. Cinnamon is also believed to help improve the absorption of other herbs consumed simultaneously, delivering a synergistic benefit occasionally.

Cat’s claw has been used for centuries by the natives of South America, especially those living in the Amazonian-Peru regions. In particular, it appears best suited at treating inflammatory disease, and reducing the recruitment of inflammatory mediators.

This means conditions such as Crohn’s disease, psoriasis, rheumatoid arthritis and more can all be effectively managed with this herb. It also helps to protect the gastrointestinal tract from irritation that occurs from the consumption of prescription painkillers, giving it added utility in the event that you must consume such drugs.

Pycnogenol is made from the maritime pine tree, an extract that is very effective in reducing inflammation. However, it also does much more.

It is a very potent antioxidant, and is able to neutralize free radicals more efficiently than vitamin C. It can also help to prevent vascular inflammation, and strangely enough, even though it is not classified as a citrus bioflavonoids, assist with collagen synthesis.

This makes it particularly interesting as supplements which help to promotes collagen synthesis can improve the quality of life in persons with arthritis, as it facilitates the regeneration of connective tissue within joints structures.

Predominantly found growing in China, Japan and Korea, it is not well known around the world. However, it might be very helpful in management of autoimmune disorders, such as rheumatoid arthritis. It is believed to help modulate immune system activity, helping to reduce sensitivity of immune cells and decreasing the likelihood of an inflammatory response occurring willy-nilly.

Although most of these effects were anecdotal and cultural, it is being studied further after it was found that it could indeed help reduce painful symptoms of rheumatoid arthritis in a smaller control study.

Garlic possesses anti-inflammatory properties, and interestingly can also help influence the same pathways via which capsaicin works. By depleting levels of substance P, transmission of pain is blunted. In addition to this, it also promotes the production of endorphins, compounds which are known as the body’s natural painkillers and help in juice feeling of relaxation or euphoria.

While you can add Rosemary to food, its ability to relieve pain may be best served by using a topical preparation. When massaged unto painful muscles or joints, it can relieve pain and associated inflammation.

Massaging a small amount of the essential oil on the forehead is also said to relieve headache and can boost focus and concentration.

The flowers of the Arnica plant have been used to help relieve pain, but more specifically to accelerate healing and recovery of structural damage, such as strains, wounds or bruises.

If you or someone you know struggles daily with pain, maybe it’s time to give these natural herbs to try. Many synthetic medications available today have been developed with an understanding of what nature has made available to us, but are not perfect in the sense that they are liable to cause side effects.

Next time, try these remedies first, and see if you’re not pleasantly surprised by their effects.