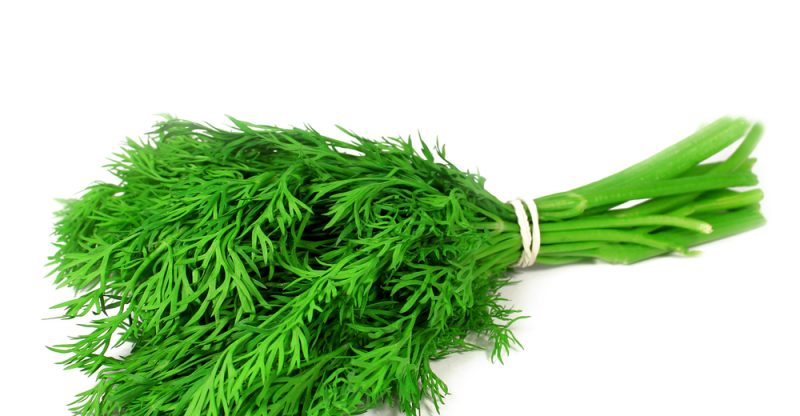 What is Dill Weed?

Dill is an herb widely cultivated in Eurasia. It is indigenous to the Mediterranean region, Scandinavia, and South Russia. It features tiny dissected leaves, dainty yellow flowers, and slender hollow stems. Dill is also known by its scientific name Anuthem graveolens. It is a type of annual plant and is a member of the genus Apiaceae. For centuries people use dill for culinary and medicinal purposes. Both the leaves and seeds of this particular plant can be used for those purposes. The dill adds a distinctive tang and strong aroma to any dish. It can be used as seasoning, garnish or as a main ingredient to some soups and sauces.

This tiny herb offers big medicinal properties which mainly come from the flavonoids, minerals, and amino acids it contain. Flavonoids include vicenin and kaempferol. Vicenin protects cells from damage caused by radiation while kaempferol holds anti- cancer properties. As for vitamins and minerals, dill is abundant in vitamins A and C as well as minerals such as iron, folate, and manganese. 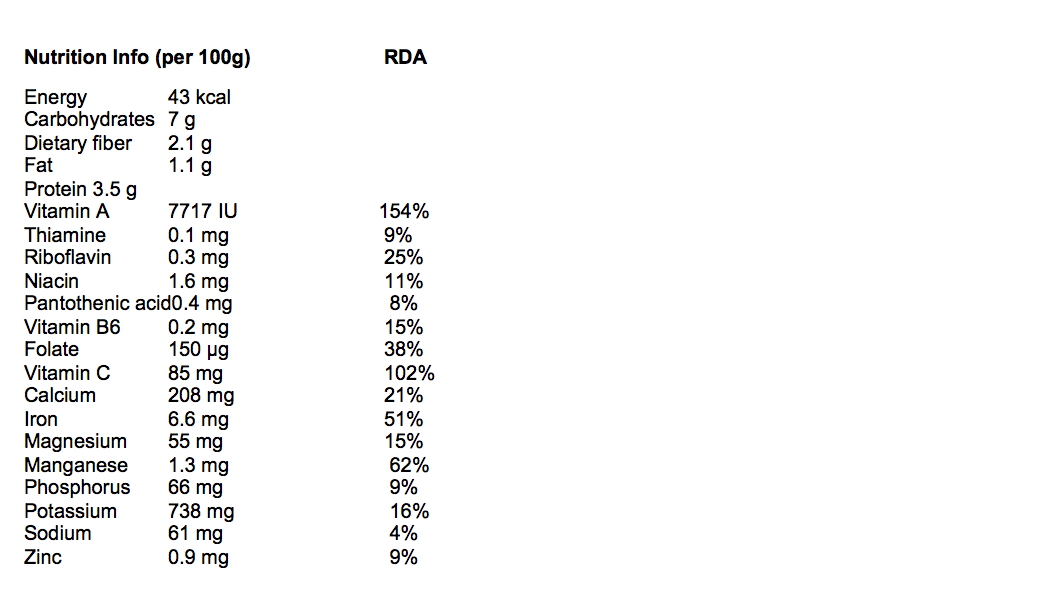 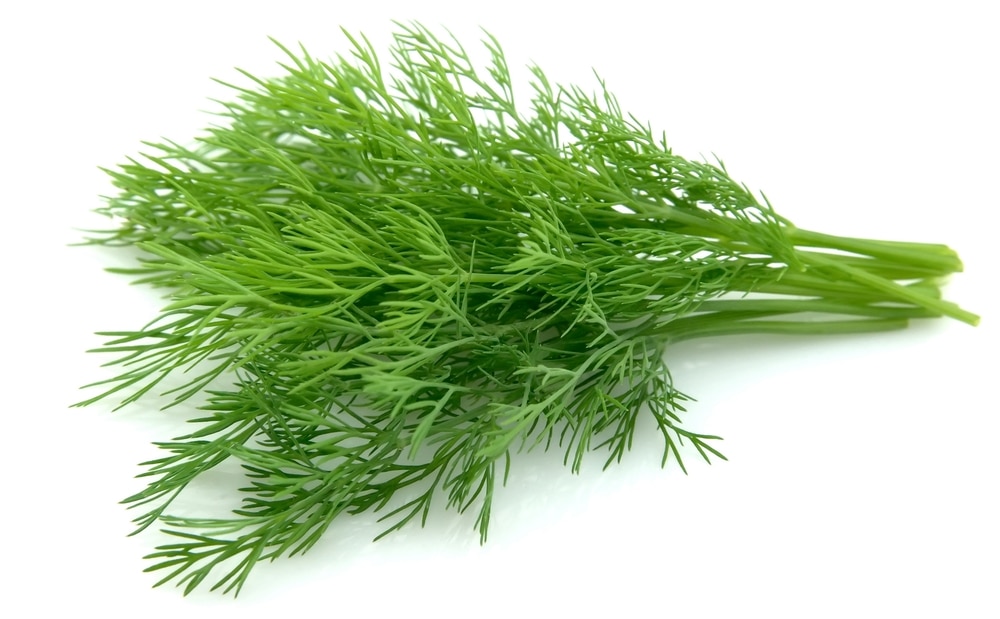 Dill is a carminative. A carminative is any substance that inhibits the formation of gas in the gastrointestinal tract and expulses any existing gas; hence, preventing flatulence. Being unable to control excess gas can be very uncomfortable and humiliating. It can also be very harmful if excess gas continues to build up within your gastrointestinal tract. Gas buildup can press the sensitive organs of your chest cavity. A carminative such as the dill forces gas downward and promotes its expulsion.

Dill oil obtained through distillation of its seeds is also efficient in treating hyperacidity. A drop of dill oil can suffice.

Hiccups can happen for different reasons and can be very frustrating. A hiccup occurs when there is gas trapped inside your esophagus that goes up and down repetitively. A hiccup also occurs due to certain allergies. Dill can help stop hiccups. Again it is a carminative which expels gas and reduces gas formation. Dill is also a sedative and can relieve hiccups caused by allergies or hyperactivity.

The seeds and leaves of the dill plant can be used as an excellent mouth and breath freshener. The essential oils of the dill contains germicidal and antibacterial properties. Due to these properties, dill can effectively disinfect your entire mouth and promote good oral health. The antioxidants of the said herb also minimizes the gum and teeth damage caused by free radicals. You can either use its essential oils or chew on its seeds for this benefit.

Dill is also rich in calcium that can help strengthen your teeth.

Dill stimulates your appetite; therefore is extensively used in preparing meals. Dill has essential oils that can trigger bile and digestive juices. These oils stimulate peristaltic motion of the intestine and relieving constipation as it eases the passage of bowel movements. Traditional Chinese medicine as well as the ancient Romans and Greeks used dill in remedying digestive disorders for at least a thousand years.

Eating cooked foods with dill can prevent constipation. Chronic constipation is a contributing factor to many pro-inflammatory diseases of the colon and intestines including IBS and colon cancer.

Bacterial infections and indigestion (or malabsorption) are the two main causes of diarrhea. Dill has excellent digestive properties which can be extremely helpful to indigestion. Dill also has flavonoids and monoterpenes present in its essential oils which have germicidal and bactericidal suppressing attributes. Both fight microbial infections that causes diarrhea.

While dysentery is still technically diarrhea, it is actually a much more complex syndrome that afflicts a larger portion of the digestive tract, and is usually associated with blood loss, this can be via vomiting or diarrhea, but at its root cause is often a parasite or microbe. Dill can help kill these parasites, and is already known to possess antimicrobial properties, making it an excellent alternative remedy in some cultures.

The dill’s essential oil contains flavonoids that are emmenagogue. These flavonoids stimulate the secretion of hormones crucial in maintaining healthy menstrual cycles in women. The Department of Biostatistics and Demography at Khon Kaen University in Thailand conducted a study among students who suffer dysmenorrhea. Those who took dill in certain formulations were observed to have reduced menstrual cramps and pain associated to dysmenorrhea.

The antibacterial properties of dill also prevent infections of the reproductive organs during menstruation when bacteria are rampant.

Depression is a huge problem especially among young adults. Dill can help remedy depression. According to the American Journal of Therapeutics, dill has antidepressant and analgesic attributes. The flavonoids and polyphenol in dill gives a soothing and calming effect. Likewise it stimulates the production of dopamine, serotonin and other endorphins. These hormones are responsible for providing us with a feeling of satisfaction and happiness- basically euphoria. Dill extracts have shown to have an antidepressant and analgesic effect similar to sertraline and tramadol, but most importantly do not have the addictive potential or risk of side effects associated with these prescription drugs.

The dill herb has kaempferol, monoterpenes, and other components of flavonoids that have antihistaminic and decongestant properties that clears up congestion in the nose and lungs due to allergies. Regular consumption of food spiced with dill can prevent common respiratory disorders such as colds and influenza, and may reduce symptoms of asthmatic flare ups.

Following an anti-inflammatory diet can effectively suppress chronic inflammation. Arthritis causes some joints of your body to become inflamed, as a result of direct friction between bones or secondary to another condition. Dill reduces the inflammation and pain associated with arthritis.

Free radicals are the number one cause of many illnesses that can afflict the body. It can bring about deadly diseases including cancer. Dill contains monoterpenes, a compound which triggers the enzyme glutathione-S-transferase that aids antioxidant molecules to attach to oxidized molecules that could harm the body. This antioxidant activity is similar to ascorbic acid, alpha-tocopherol, and quercetin. Dill exhibits both anti-inflammatory and analgesic attributes that combat free radicals. Dill is considered as a chemo protective food that helps in neutralizing carcinogens such as benzopyrenes found in cigarette smoke and charred or barbecued meat.

It is also abundant in vitamin C which boosts the body’s immune system, improving the ability to detect and eliminate pre-cancerous cells.

Calcium is a vital element in the development of strong bones as well as the repair of broken bones. A tablespoon of dill seeds already contain as much calcium as 1/3 glass of milk. Calcium contributes to your bone density and protect you from osteoporosis and other bone diseases.

The Ancient Greeks and Romans used to cover their heads with dill for restful sleep. Dill oil is used as a relaxant and a natural remedy for insomnia. It can reduce nervousness caused by anxiety and relieve stress as well. The flavonoids and vitamin B complex in dill’s essential oils trigger secretions of enzymes and hormones which give a calming effect, thereby helping relaxation and sleep.

The dill herb possess properties to that make it one of the top functional foods. Not only does the said herb impart flavor and taste, it holds a wealth of vitamins and minerals crucial in treating and preventing certain illnesses. Every part of the herb — leaf and seed can be of some benefit to you, so don’t toss it out quite yet!