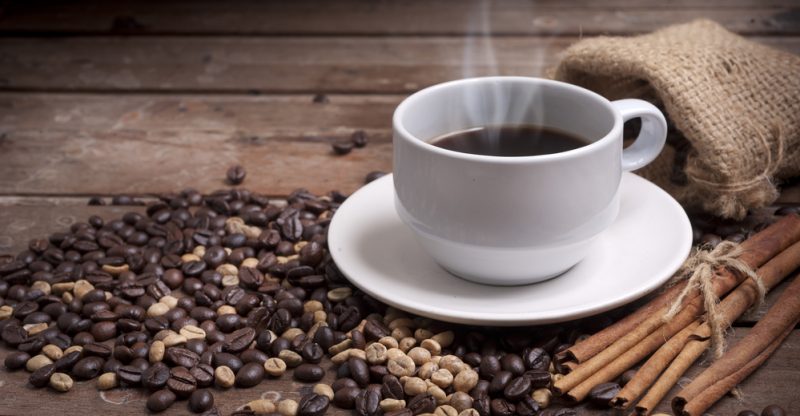 Coffee can arguably be considered the most popular beverage in the world, owing to its rich flavor and notable health benefits.

Made from roasted coffee beans, which comes from berries of the plant coffea, it was originally grown in Africa but is now grown in more than 70 countries across the world. The dried seeds can be roasted to varying degrees depending on taste desired, which is subsequently ground and brewed into the coffee beverage we know and love.

Among the most popular health benefits of caffeine today is its ability to promote fat burning, leading to greater weight loss. Coffee is a thermogenic, which increases metabolic rate and allows for a greater degree of calories burned per day with no additional work. While this is great, coffee can do much more than this.

Coffee also promotes specific oxidation of fatty acids in blood, by increasing the amount of triglycerides circulating in blood. Plus, caffeine inhibits storage of new fat, ensuring that as you burn fat it is not just replaced by new molecules. This makes coffee extremely attractive for people trying to lose weight, as its multi-faceted benefits can accelerate your progress.

2. An Excellent Source Of Fiber

Most people around the world struggle with meeting their daily fiber requirements, but did you know that coffee brewed into a beverage can help you along the way? Many people underestimate the impact beverages can have on their diet, in this case, contributing to your fiber intake. A cup of coffee supplies about 2g of fiber, which equates to about 5% of your recommended daily intake.

Improving your physical performance isn’t something that just comes about by chance, but rather requires hormonal and neurochemical changes that stimulate high performance. For example, caffeine in coffee stimulates he nervous system, which in turn signals various endocrine glands and organs to ramp up their job. The adrenal glands are one of these, which increase production of epinephrine. Epinephrine is the hormone that gives us the “fight or flight” reflex, preparing us for the worst or to run away as fast as we can.

One of the effects of this hormone is increased fat breakdown into fuel, which acts as a reserve so that you are capable of handling the stimulus you are about to encounter. Coffee is said to be able to increase performance on average of about 10%, which is why many athletes either drink coffee or take caffeine prior to their workouts in the gym.

Studies have found that regular consumption of coffee can help to reduce the risk of developing type 2 diabetes, by as much as 67%. This is massive, and can be attributed to more than just coffee’s caffeine content. Coffee is actually a superfood, loaded to the brim with anti-oxidant compounds. It is believed that these anti-oxidants preserve the function of insulin producing cells in the pancreas, which sometimes become damaged and are unable to produce sufficient insulin.

5. Can Preserve The health Of Your Liver

The liver is arguably one of the most important organs in the body, being necessary for breakdown and removal of toxins our bodies produce every day. Though the liver is an extremely hardy organ, and typically recovers on its own from over usage, bad lifestyle habits coupled with aging and other conditions sometimes causes damage or excess oxidative stress that can promote hepatitis or ultimately cirrhosis. Consuming 4 cups of coffee daily has been shown to reduce the likelihood of liver damage, possibly due to coffee’s high amount of anti-oxidants.

6. Can Help To Promote Good Moods And Fight Depression

Thanks once again to the stimulating nature of caffeine, coffee is well poised to boost your moods and can be a useful tool in the fight against depressive illness. Depression is characterized by reduced levels of brain serotonin, but coffee has a stimulatory effect on this neurotransmitter, along with dopamine and many others. The result is improved moods, greater motivation and productivity throughout the day.

7. Consumption Can Reduce Risk Of Cancer

Cancer is an extremely difficult disease to manage, especially if not detected early. However, regular consumption of coffee can help to prevent development in the first instance, as it appears to be highly protective in preventing cancer, especially of the liver and the colorectal cells. Cancer development is accelerated by oxidative damage, which can be stalled or prevented via consumption of anti-oxidants.

8. Reduces The Risk Of Heart Disease

The consumption of coffee has been a point of contention by numerous medical professionals, with the belief that it can cause heart disease and increase the risk of heart attacks. While it is not indicated that persons with pre-existing heart disease consume caffeinated coffee beverages, if you do not have heart disease already, then coffee consumption can be one of the best things you do to boost your heart health. Research has shown that people who consume between 3-5 cups of coffee daily have a significantly reduced risk of heart attacks, and are less likely to show the early symptoms of heart disease. Many people wrongfully assume that caffeine is the only component in coffee, when in reality it contains a multitude of anti-oxidant compounds that are very significant on health.

Eye health degrades naturally as you age, but oxidative damage can accelerate it and leave you with poor vision well before old age. Coffee helps to promote and preserve eye health thanks to the presence of generous anti-oxidants, but also to chlorogenic acid in this case. Chlorogenic acid particularly helps to prevent retinal damage to the eye, while anti-oxidants are better equipped to buffer optic nerve damage.

There’s a reason millions of people swear by coffee in the mornings, and it is likely because of its effect on energy levels. It’s no surprise that many of us have a hard time getting up and going in the mornings, but luckily the caffeine in coffee is enough to spike our energy levels. This is due to caffeine’s stimulatory actions, which block adenosine receptors in the brain (that cause sleepiness), and also amplifies the production of various hormones and neurotransmitters that boost energy levels, such as epinephrine and norepinephrine.

Alzheimer’s is a neurodegenerative disease with no cure, and causes vary from oxidative damage to poor lifestyle choices and genetics. Coffee consumption has been shown to be associated with a reduced risk of Alzheimer’s, decreasing it as much as 65%.

Parkinson’s, like Alzheimer’s is a neurodegenerative condition that is progressive and damages dopaminergic pathways in the brain. Dopamine has several important functions ranging from drive and motivation to sexual wellbeing. Parkinson’s can be slowed down or prevented altogether by ensuring your dopamine levels are optimal, with coffee being an excellent beverage to increase levels of brain dopamine.

At the end of it all, coffee consumption can help you live longer. How so? By reducing the risk of several diseases, and keeping your brain and circulatory system healthy, your body functionally optimally for a longer time. There is an average of a 20% reduced risk of death in adults that consume coffee frequently, as observed over a 20 year period. Think of it in this way- if the average life expectancy for a man is 78 years, 20% of them are likely to be alive an additional 20 years following that. Quite remarkable!

Coffee is a true superfood beverage, which should be consumed by everyone that is in good health. Its benefits on health are unquestionable, and its relative affordability and worldwide availability make it within your grasp