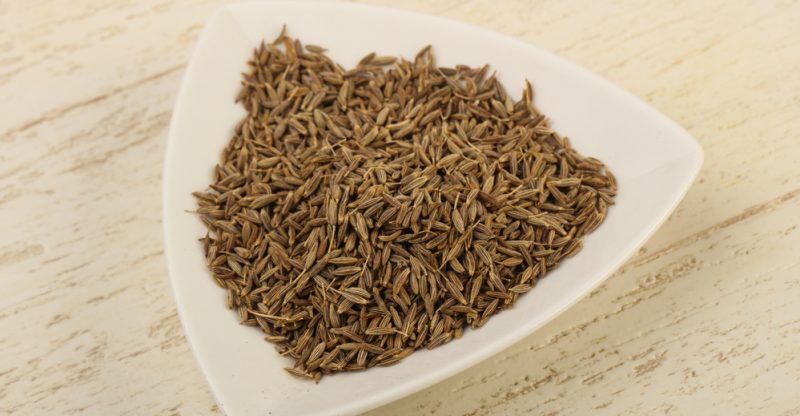 Cumin has been used by mankind for centuries. The ancient Egyptians used it in their mummification processes along with using it in their cuisine. Cumin seeds basically come from a flowering plant, whose seeds are dried and then used for multiple purposes. It is a part of the parsley family. It is a spice widely used in many culinary delicacies. Cumin has been a part of the Greek medicinal world for almost 5000 years. It originated in Iran and the Mediterranean. This spice has a unique flavor and a warm delicious aroma. It is a staple in Mexican and Vietnamese cuisines as well.  The Greeks also preferred to keep a small dish of cumin on their dinner tables.

Fun fact: Pliny the natural philosopher and author from Rome, defined cumin as the best appetizer of all condiments. He even claimed that smoking the seeds would make a man appear as if they have become pale from spending hours in scholarly pursuit. Cumin is has been used for centuries as a remedy. It is also thought to treat flatulence and other digestion issues.  It can also be mixed with other herbs to relieve sore muscles. Cumin can be cultivated in hot temperatures of around 30°C (86°F), it is thought to be tolerant of drought, but needs a fertile soil to grow. The largest suppliers of cumin are Sri Lanka, Syria, Turkey, and Iran. The principal supplier for cumin is Iran.

Cumin seeds come in multiple varieties and sizes. It can be used in its natural form or ground. It has a high concentration of essential oil, which makes it aromatic.  It is sometimes roasted to release its distinct scent while cooking. Cumin is sometimes found in blends of Dutch cheeses and also traditional French bread. It is also ground and blended with other spices to form the widely popular curry powder. Cumin seeds have many microbial and antifungal properties. In the Middle Ages cumin was also used as a love spice, and people used it a lot to make their lovers stay loyal. Cumin seeds have many medicinal and other uses. It was used in Ancient Rome to lighten one’s skin and make them look paler. 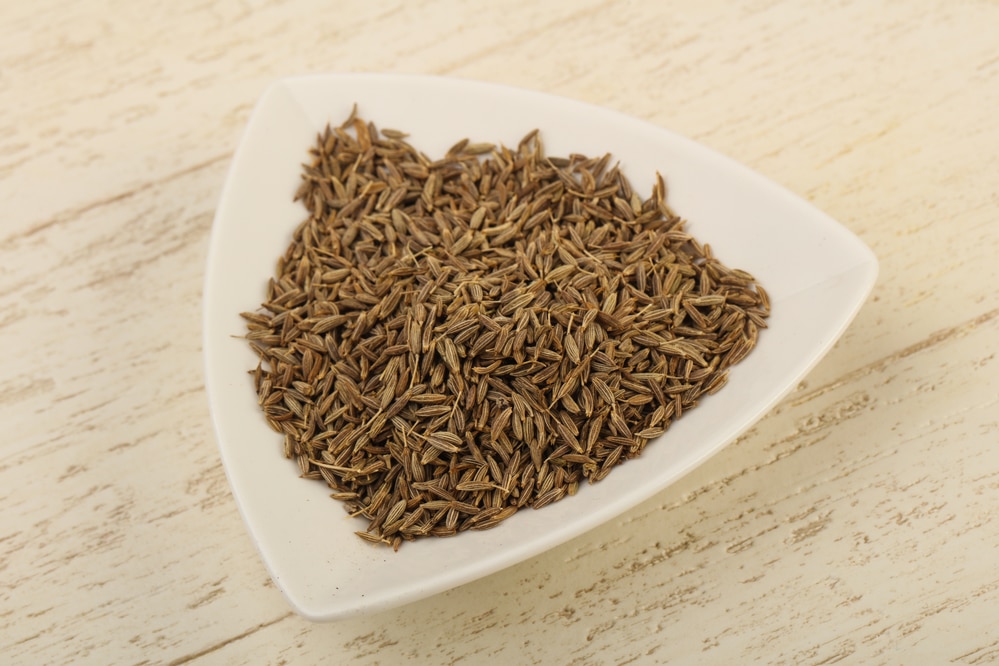 1. A Source Of Energy

Cumin seeds are packed full of vitamins such as vitamin A, vitamin C, vitamin E, and vitamin B6. It is also found that thiamine, niacin, riboflavin, iron, manganese, copper, calcium, potassium and other minerals are also its components. Cumin is a superfood that also contains good fats and amino acids as well.

It has been known since ages to rid humans of flatulence. It is thought that a compound in Cumin is responsible for the production of more saliva by the salivary glands that help treat indigestion. It also acts as a carminative, which relieves gastric issues. It is usually taken with hot water to relieve stomachaches and other such issues.

It has many benefits including the presence of microbial and antifungal properties. It also has a carminative nature that helps in curing Piles or hemorrhoids. It also acts as a catalyst for healing internal wounds present in the intestines.

Cumin seeds have 66mg per hundred grams of iron. Doctors often recommend the intake of iron to increase hemoglobin and fight anemia. Cumin seeds can be consumed in this condition. Fatigue is a major symptom of anemia and cumin seeds are a good source of energy and relieve such symptoms.

Cumin seeds are said to contain vitamin E, which is one of the top ingredients used in most skin care products today. Cumin seeds can be boiled in water to make a toner for the skin and can be refrigerated for up to 1 week in a spray bottle. Cumin also helps prevent acne scarring and is also implied to have anti-aging properties.

A few studies show that cumin seeds may help destroy cancerous cells. It has detoxifying properties that help rid the body of all harmful substances and toxins. Cumin seeds help the body release more anticarcinogenic enzymes. The vitamins present in them will help strengthen the body from within.

Cumin seeds have been recommended by elders for a good metabolism for years. You can be mix some cumin in your tea and use this spice more In food to provide the essential nutrients to the body without the need of overeating. Asian countries such India use cumin powder in most of their dishes and also consume it raw or roasted with yogurt.

Cumin seeds also contain calming properties. For people suffering with insomnia, it is often recommended that they boil cumin seeds in a cup of water and let it sit for a few minutes before consuming. This helps calm the nerves and induces sleep immediately. Cumin tea also has a very soothing aroma.

In many countries and home remedies, people often use cumin water to treat intestinal parasites or worms. This is also done by the consumption of cumin tea or by mixing roasted cumin in water.

Studies are being carried on animals, where they were fed cumin for some time and it resulted in sharpened memory and reduced biochemical factors related to stress. Studies are yet to be conducted on humans. It is also observed that cumin reduces iron deficiency, which is often associated with bad memory hence; it might help with cognitive disorders as well.

It is a very valuable spice in terms of its benefits. Making it a part of your diet will definitely help with many issues the human body encounters. There are number of other benefits of this spice as well like enhancing the flavor or food.  In the Indian subcontinent it is often fried in a little bit of oil to release the favor of the seeds. In some Arab countries they grind the seeds and add honey plus black pepper and consume it for its aphrodisiac properties.

It’s essential oil can also be added to diffusers to help calm the environment .