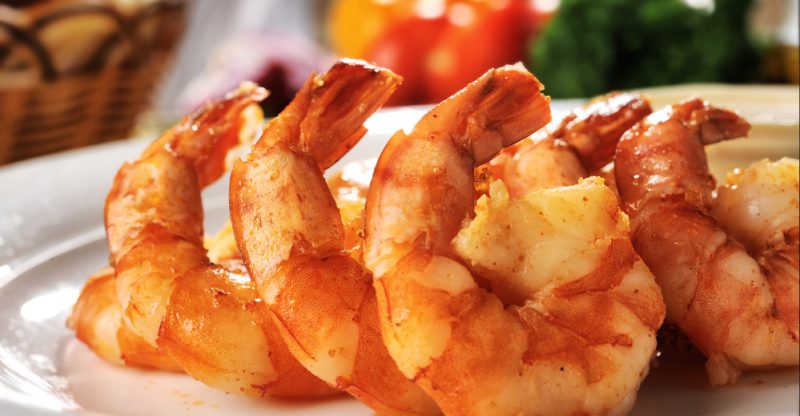 Not enough people consume shrimp, and seafood overall for that matter. But why? It could be because people do not fully appreciate the health benefits they may get from regular consumption of these foods, or just because they don’t know where to get them.

But, given that you do not have an allergy to shrimp, you stand to gain a lot from them nutritionally, as they are packed with healthy goodness just waiting for your consumption. Adding to that, the ease in which they can be included into numerous meals makes their consumption an easy task, whether you prefer frying grilling or even baking.

It should be noted that wild shrimp is best, as farm raised varieties tend to have much higher levels of toxins, presumably from substances fed to them. Regardless, shrimp has multiple health benefits that you can take advantage of. Let’s explore them: 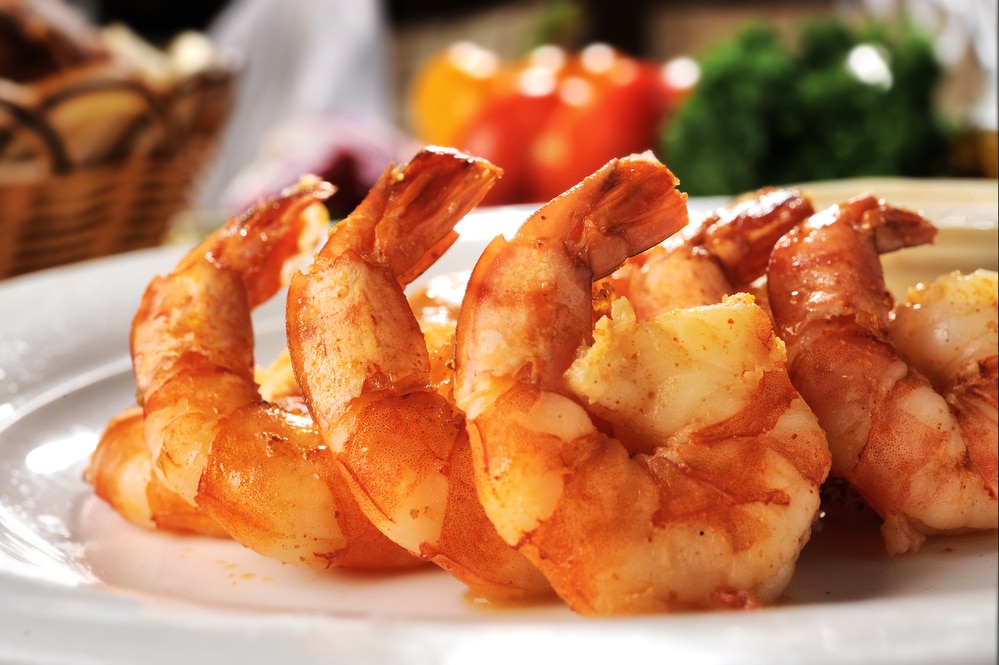 Many men and women experience hair loss that should not otherwise be there, as they possess no genetic traits. In these cases, it can be summed up to poor diet and environmental exposure, which can be remedied quite easily. In particular, zinc deficiency has been found to be a strong contributor to hair loss which may promptly retreat once the deficiency is fixed. By increasing the consumption of shrimp in your diet, your zinc requirements should be met quite easily, since seafood is among the richest sources of zinc on the planet.

When people think of improving their blood count, iron is the first mineral that comes to mind. And while iron is necessary for the formation of hemoglobin, there are more important nutrients that directly enhance production of red blood cells. These include Vitamin A, and Vitamin B12. Vitamin A has a role to play in helping stem cell to differentiate into red blood cells, as stem cells can become virtually any cell.  B-12 functions in conjunction with iron to form hemoglobin, promoting their oxygen carrying potential.

The thyroid gland plays an extremely important role in overall metabolism, with the thyroid hormones being its primary export. Thyroid hormone requires iodine for sufficient synthesis, but still millions of people do not consume enough of this vital mineral. Suppressed thyroid hormone expression leads to slower utilization of calories as metabolism becomes retarded. This creates a scenario for weight gain, even though the diet may look much the same calorie wise. Shrimp contains more than enough Iodine, to help keep thyroid function optimized.

4. Shrimp Is A Bone Building Superfood

When it comes to foods that enhance bone strength and rebuilding, shrimp is not the first thing to come to mind. People tend to think of dairy based foods first, but this could actually be considered a mistake. Shrimp contains almost all of the essential bone building nutrients, including calcium, magnesium, zinc, phosphorus and vitamin D. these nutrients prevent bone loss and promote growth of new bone tissue.

While there are many factors that can dictate the severity of menstrual cramps, inflammation has been shown to play a role. Omega-6 fats are pro-inflammatory in nature, tending to make pain worse. However, shrimp contains much more omega-3 fatty acids, which are anti-inflammatory in nature and have a counter balancing effect on the omega-6. seafood in general are richer in omega-3 fats than terrestrial based meats, so do yourself a favor and eat more omega-3. Your body functions best when you consume more omega-3 fats.

The prostate gland is subject to numerous maladies as a man ages, ranging from the generally harmless (but still annoying) disease BPH, to even prostate cancer. Shrimp is rich in two minerals, which are important for prostate health and can arguably cut your risk of these aforementioned conditions. These minerals are zinc and selenium, which are potent anti-oxidants, while at the same time having regulatory effects of testosterone and DHT. DHT is testosterone’s more androgenic metabolite which plays a huge role in overgrowth of the prostate gland.

Though not frequently associated with improving eye health, regular consumption of shrimp has a protective effect on the eyes. The eyes are subject to degeneration and breakdown as we ago, sometimes at fast unpredictable rates. Shrimp contains various anti-oxidants, but in particular is one named astaxanthin. Astaxanthin is one of a few anti-oxidants that are of particular use to maintaining the health of the eyes, relieving fatigue and helping avoid breakdown and loss of vision.

In a unique spin, shrimp possesses a rare fibrinolytic enzyme which promotes the busting of clots. To put this into perspective, people who suffer from a stroke have a good chance at recovery if they arrive at a hospital in decent time and are administered a sort of fibrinolytic enzyme. This is extremely useful when medication that prevent clots alone is not sufficient, as shrimp can help destroy the clots before they aggregate to a size considered dangerous.

The primary cause of premature skin aging is excessive exposure to sun. One of the best ways to deal with this? Consume foods with lots of anti-oxidants. Anti-oxidants help to buffer the effects of free radical generation in the skin, which accelerate damage and wear to the cells. What makes shrimp special, however, is again the presence of astaxanthin. This is a unique carotenoid anti-oxidant which is able to reflect UV rays, virtually eliminating the effect that it has on your skin. There is scarcely anything better than having a barrier on your skin, which makes shrimp excellent support for your skin.

Shrimp is a melting pot of multiple anti-oxidants and minerals, with two potent ones being astaxanthin and the mineral selenium. Selenium has an integral role in multiple detox enzyme pathways, and can reduce tumor growth or proliferation. This allows dual fronts in cancer prevention to be tackled at the same time.

Shrimp promotes weight loss via multiple mechanisms, ranging from the presence of iodine; which boosts metabolic rate, to zinc which optimizes leptin levels. Leptin regulates hunger and helps in the partition of nutrients into muscle cells as opposed to fat. Many people develop leptin resistance, in similar fashion to insulin, and experience a sort of “appetite” diabetes, whereby the hormone is unable to do its function and tell you when to stop eating. Shrimp is a worthwhile staple to include in your diet if you desire real weight loss.

In order for the body to synthesis more muscle, you need to increase your intake of protein rich foods. While protein can be obtained from multiple meats and other foods, shrimp is superior because it is relatively lean and also packs a nutritional punch for support. Top it up with zinc and other testosterone friendly nutrients and you have a powerful muscle building meal.

Neuroendocrine diseases are rampant, untreatable and occur largely as a result of inflammatory stimuli. The anti-oxidants in shrimp preserve brain dells, shield them from excessive inflammation, and can even improve memory! When you’re studying for a new qualification or for school, have some brain boosting shrimp.