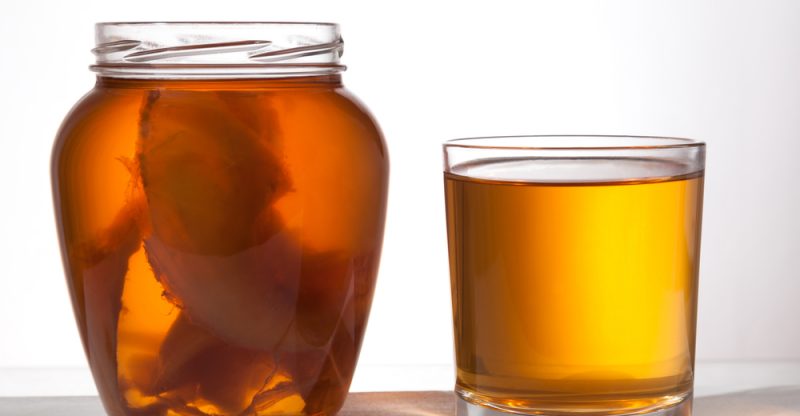 The trend that has taken everyone by storm, so where exactly did it come from? The first records of kombucha date back to 221 B.C in China; it was a popular drink during Tsin Dynasty. It traveled from there to Europe, Japan, and Russia. It is often dubbed as the tea of immortality and has been consumed widely in Japan from where its name originates.

The true origins or kombucha are unknown, but it is said to originate in the Asian region. It has been around for centuries, and legends are surrounding this drink. China has been known for their medicine and life-extending elixirs. The Cultural Revolution entailed the popularity of kombucha, and each household had a pot brewing.

Kombucha has been the energy drink for Japanese warriors throughout history and was believed to facilitate the healing of wounds and speed up the process. Kombucha, a fermented vinegary drink was popular among the soldiers of Genghis Khan. Kombucha is one drink that traveled the Silk route to Russia and throughout Europe.

By 1960s the Swiss started their research into the health benefits of Kombucha which increased its popularity throughout the world. An observation made on victims of the Chernobyl meltdown showed that a few of the residents were immune to the aftereffects of the radiation. On examination, it was highlighted that the residents who were immune had been consuming Kombucha regularly.

The revival of Kombucha started around the early 2000s and resulted in a larger consumption rate in America and its vicinity. It is considered to be a drink of health and most people who drink it implicate that they feel better and more energized. To further highlight the health benefits of Kombucha we have accumulated a list of its various benefits.

13 Benefits of Drinking Kombucha Every Day 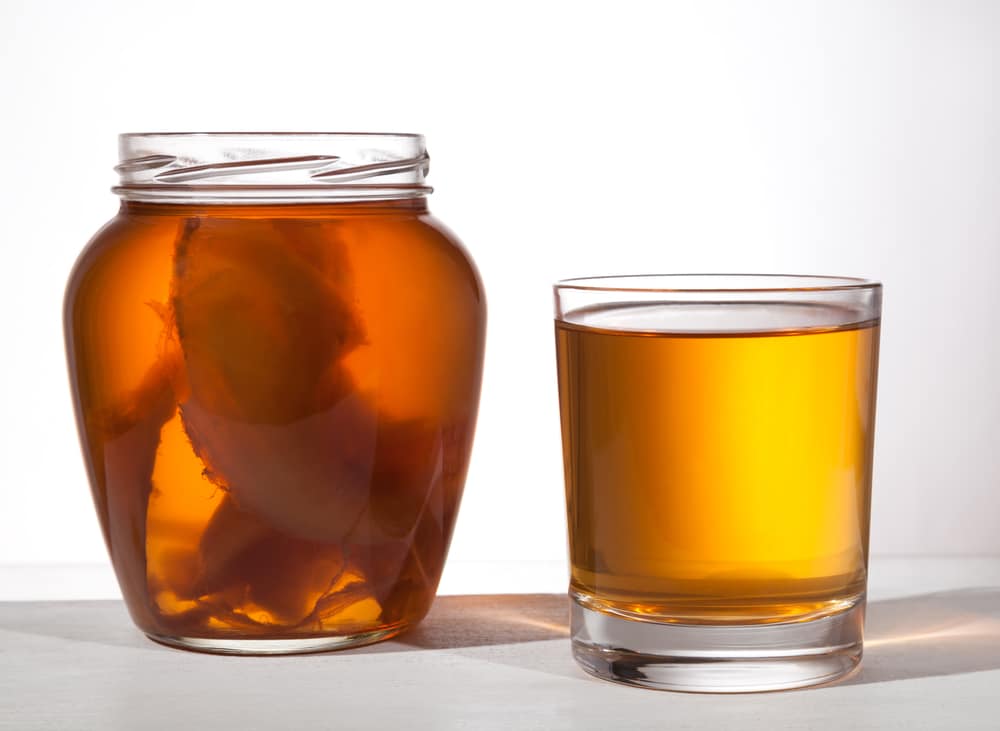 Kombucha has been popular for its health benefits for centuries; here is a breakdown of its nutritional components. The bacteria present in Kombucha contain polyphenols, amino acids, and organic acid. After the fermentation process Kombucha develops various vitamins and enzymes that are beneficial for the body. Kombucha is rich in Thiamine, riboflavin, niacin, folic acid and other chemicals such as gluconic acids.

Detoxifying is necessary to keep the body and the liver free of toxins which can accumulate to created larger health issues. Kombucha acts as a stimulator and helps the body expel the unwanted toxins and clean the system from within. Kombucha cleans the body of heavy metals and pollution from the kidneys. This property can be linked to the non-effects of radiation on the few residents of Chernobyl.

Antioxidants are the body’s defense against cancer. Free radicals have D.N.A damaging effects which can cause cancer and releases a series of tumor growths. It is known to target prostate and breast cancers and prevent them from taking root in the body. A study conducted also highlighted the effects of kombucha on pancreatic cancer and its ability to reduce the damage.

Kombucha has been tested for its ability to fight against hepatotoxins. Kombucha was tested with black tea and enzyme-treated tea to determine which one had more benefits and Kombucha was declared far more effective than the other two. This ability can be attributed to the high antioxidant content in Kombucha which can protect the body against hepatotoxicity.

In ancient China, Kombucha was favored for its ability to keep the gut healthy as ancient philosophers believed that most of the diseases began in the gut. Kombucha is fermented and in the process creates a good bacterium that protects the gut from infections and dangerous gut diseases. It helps keep the intestinal tract healthy and also protects the GI tract.

Several studies have been conducted to study the inhibiting effects of Kombucha on pancreatic cancer. The studies show that the chemical composition of Kombucha makes it helpful in regulating blood sugar levels and maintaining glucose levels in the blood. It is observed to reduce the concentration of urea in the body which helps the body in moderating insulin levels.

Bacteria such as Salmonella and E. coli can cause a lot of damage to the body and Kombucha is observed to have antimicrobial properties which keep the body safe from such infections. This also facilitates speedy wound healing and keeps the infecting bacteria away from it.

The body needs to absorb adequate amino acids and omega 3s from proteins to initiate the muscle regeneration process. Kombucha aids the body in breaking down complex carbohydrates and proteins to ensure that it is absorbing the nutrients properly and prevents the absorption of toxins in the intestinal lining.

Kombucha has enzymes that have an anti-inflammatory effect on arthritis and joint pains. Kombucha can help the body retain its bone density and also keeps the ligaments healthy as it clears the system of all causing agents present in our food and also in our environment.

Most commercially processed energy drinks contain large amounts of chemicals and sugars which give the body a temporary boost of energy and cause immediate lows as well. Kombucha is a natural energy drink which comes with the added benefits of nutrient and good bacteria to keep the health of the gut in check. This drink will help keep the body in an energetic state without causing sudden energy crashes.

Kombucha is one of the best drinks that can help you maintain a stronger immune system. Its anti-inflammatory and antimicrobial properties keep the immunity system up and going as infections, and seasonal diseases will not be able to affect it. Regular Kombucha Consumption can keep the harmful bacteria at bay to protect the body from within.

Gastric ulcers are a rather uncomfortable condition and can lead many other problems such as high blood pressure and in severe cases colon cancer. The antioxidants and polyphenols present in Kombucha specifically protect the mucins in gastric tissues and prevent the excessive excretion of gastric acids. Studies conducted have shown the ability of Kombucha to heal ulcers as potent as commercially available medications

Kombucha is an acquired taste, but it is a delicious way of keeping your health in check while enjoying an on-the-go drink. It can be easily bought at a health food store or supermarket in many different flavors.