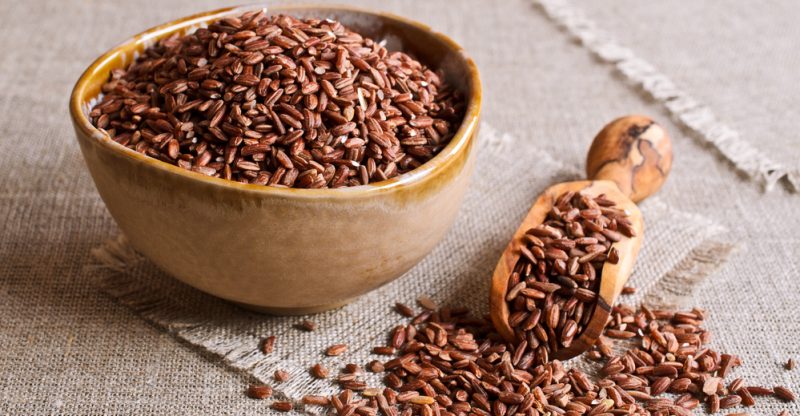 What is Brown Rice?

Rice is a staple in many parts of the world, being a cheap food that does the job of bulking meals. But all rice is not the same; there are in fact numerous varieties grown in different parts of the world and which may possess nutritional profiles that do not resemble each other. This is what most people think when choosing white rice over brown rice, as they are all interchangeable, right? Not at all, as white rice is collectively the least nutritious of all rice, since it undergoes much more processing. During this process, multiple layers of the grain are removed, all of which contain vital nutrients. All that is left is a core of white, polished rice that serves no real dietary purpose except to supply starch. Start tomorrow- throw out any white rice you have in your home, and replace it with “whole grain” brown rice. 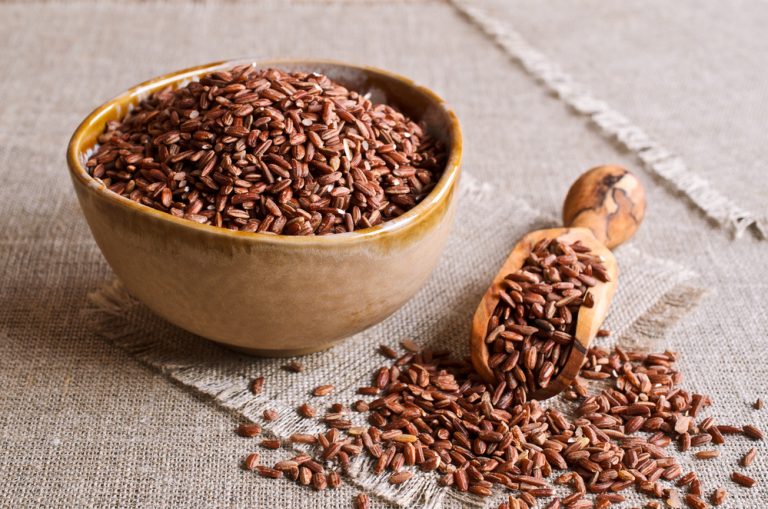 One of the most significant benefits of consuming brown rice over white rice is the control it can offer over blood glucose control. White rice possesses a higher glycemic index than brown rice, meaning that it converts to glucose faster and enters the blood stream, causing a blood sugar spike. Brown rice on the other hand, does this much more slowly, helping exert a greater degree of control over your blood sugar readings. The fiber and polyphenolic compounds found in brown rice also help to reduce the glycemic index of brown rice even further.

There are many factors at play that may result in sleeplessness, but a common and little known contributing factor is the hormone melatonin. Brown rice naturally contains melatonin, which promotes deep restful sleep. It is also important to sleep in the dark, as melatonin is inhibited under the influence of light. Brown rice also contains B-vitamins, which help with metabolism and the sleep cycle.

We know that eating high quality carbohydrates is the number one pre-requisite to supplying energy, but you also need to ensure that the consumed carbs are able to be converted. One mineral that is intimately involved in our energy production process id manganese, which helps ensure that the most energy is extracted from the proteins and carbohydrates that we eat. Manganese is also involved in the production of fatty acids, which ultimately regulates cholesterol production and levels of our hormones. Thus, eating brown rice can raise your testosterone levels!

Diets that are rich in fiber are associated with lower colon cancer risk, but what brown rice even more effective is its generous selenium content. Selenium is a mineral involved in numerous metabolic processes, including the breakdown of hormones and toxins. But that’s not all it does, as selenium kicks start the repair of damaged DNA, inhibit the growth of cancer cells and program them to kill themselves.

While rice contains many various anti-oxidants like other fruits and vegetables, brown rice adds an additional layer to your body’s potential. Thanks to the presence of two minerals; selenium and manganese, production of your body’s two most powerful natural anti-oxidants, superoxide dismutase and glutathione peroxidase is increased significantly, improving your body’s handling of harmful oxidation and inflammation. These molecules are also able to remove toxins more efficiently, and can prevent DNA from becoming damaged.

Brown rice contains abundant amounts of compounds known as lignans, which are converted into biological compounds once ingested by probiotic bacteria in our intestines. One of these compounds produced is named enterolactone, which has the ability to safeguard against heart disease. Brown rice also helps reduce cholesterol levels that negatively impact the health of your heart.

Brown rice has a preserving effect on the nervous system, including the brain, by preventing over-stimulation of the nerves. This is thanks to the presence of numerous B-vitamins and manganese, which can act as a voltage gate to calcium ions. Excess firing under the influence of calcium can lead to involuntary spasms and more adverse changed to nerves.

8. Reduce The Risk Of Becoming Obese

We know that eating foods lower on the GI scale, and that are rich in fiber are great ways to bring about weight loss and control appetite, but adding manganese to the mix helps in metabolism of fatty acids. This enhances metabolism of fats results in more being burned as fuel, as opposed to being stored.

The brain undergoes breakdown in advanced age, which is accepted to an extent. However, some people experienced accelerated breakdown, leading to conditions such as Alzheimer’s and Parkinson’s. brown rice contains GABA, a compound associated with reduced risk of these neurodegenerative conditions, and also boosts levels of the body’s natural antioxidant molecules- offsetting possible these possible inflammatory conditions.

10 Brown Rice Can Help With Depression And Anxiety

In the same vein with preventing neurodegenerative disorders is brown rice’s ability to help manage depression and anxiety.  Thanks to the presence of amino acids glycerin, glutamine and the compound GABA, inhibitory influences are able to predominate and improve well-being of the brain. Anxiety is commonly caused by over-excitation, while depression is caused by low levels of serotonin.

11. May Reduce Asthma Symptoms In Children

Children who consume brown rice as opposed to white rice were observed to experience less symptoms associated with asthma or wheezing, when compared to children who did not. The response to allergens was also reduced, so that the bronchial muscles in the lungs did not become hyper-responsive and constrict quite as easily.

Brown rice is rich in an excellent source of fiber, being predominantly insoluble. Insoluble fiber is primarily associated with improving intestinal motility, and adding bulk to waste that may become too compact for excretion. Brown rice should be consumed in place of white rice, since white rice has had most of its outer layers stripped and fiber content all but eliminated. Thus, white rice will not help reduce constipation in those individuals which are prone, or if you suffer from a condition which makes regularity difficult.

You may have heard that estrogen has a strong protective effect on the heart of pre-menopausal women, but sadly much of this protection is lost after menopause sets in. at this time, a woman’s risk for heart disease equals and even exceeds that of a man, especially if she has high cholesterol. Brown rice consumption is associated with reduced development of atherosclerotic plaques in blood vessels, helping to reduce the likelihood of a heart attack or stroke occurring. Interestingly, even though fruits and vegetables are known to reduce these cardiovascular risks as well, it does not seem to always follow this rule in post-menopausal women.