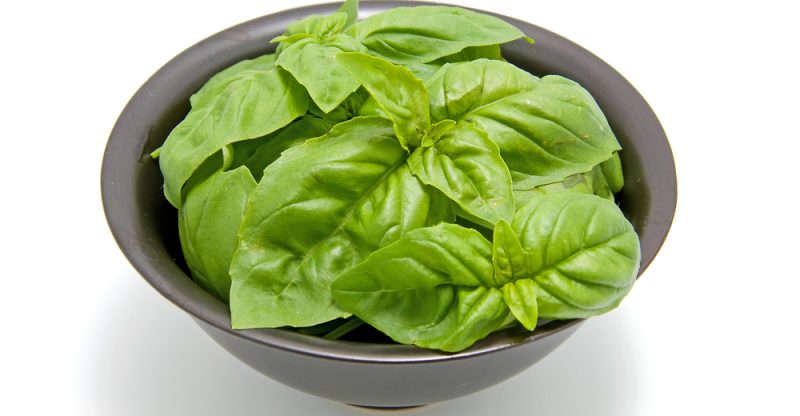 Basil is a delicious culinary herb that belongs to the mint, lavender and sage family. Basil is a variation of its actual botanical name, Ocimum Basilium. There are texts and other evidence that basil has been cultivated for 5000 years and may have originated in the Hunan region of China. It is an herb that can easily be grown indoors and does not require a large amount of sunlight. This has made it easier for people around the world to grow it in their houses and reap its benefits.

Basil has a very interesting history and many beliefs attached to it. It was thought to have magical powers of healing and strengthened people during fasting. It was also thought to be a royal herb, used in embalming for the mummification process. The Greeks saw it as a symbol of mourning. The Indians believed that Basil was an herb that protected the poor and also a protector in the afterlife.

This herb was used in Crete to ward of the devil and as a way to detect chastity in a woman. There are also some interesting records that show ancient doctors believed it to be poisonous. After being introduced to the western world in the 16th century, it became the center of much folklore. One Flemish doctor suggested that if the basil plant or leaf is left between two bricks it turns into a scorpion. Some superstitious had people believe that breathing in the aroma will give you hallucinations of a scorpion. Greece is a land of myths and is known for its mythological creatures. One such creature is the basilisk that had a dragon-like appearance. It was believed that basil was the only cure for its bite. 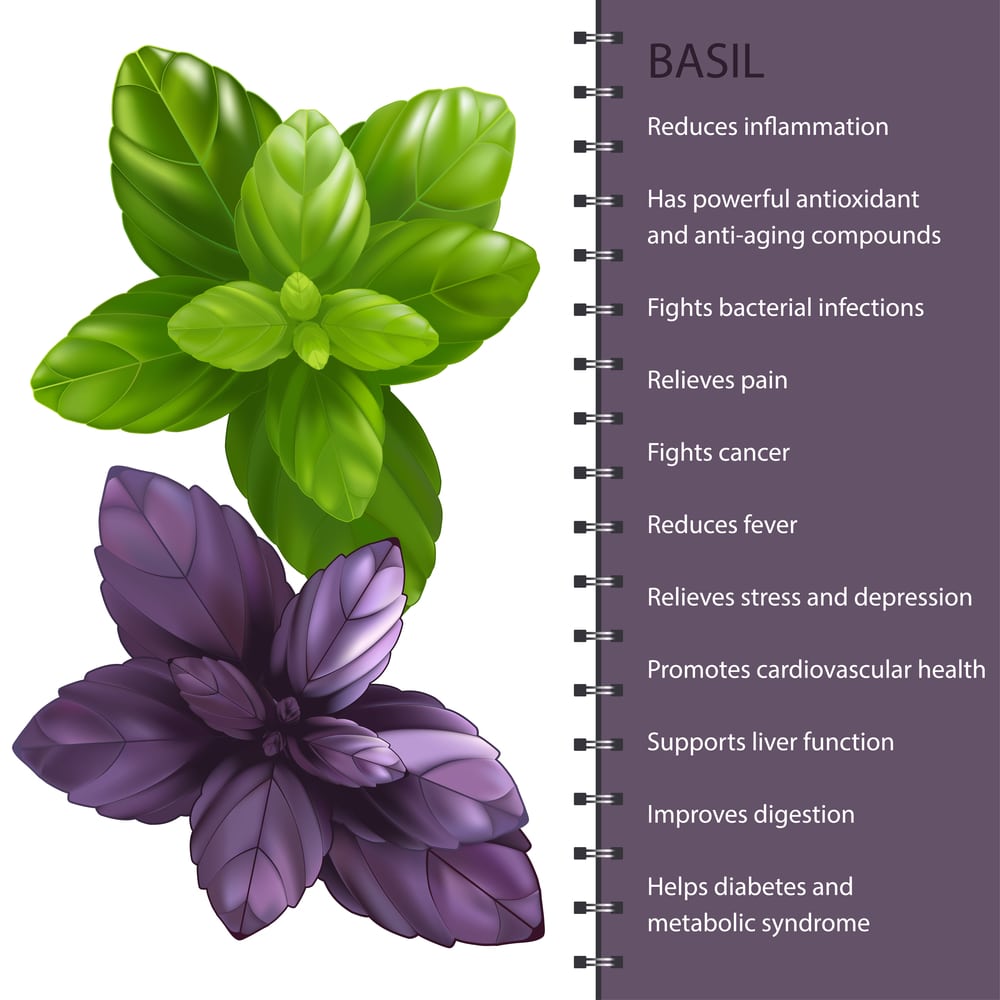 The basil plant has very deep roots in Hinduism and is considered a very sacred herb, often regarded as the manifestation of the female Goddess Lakshmi.  It is a very sacred plant that is used for worship and no offering is complete without the Tulsi (Basil) leaf.

Observations in journals have recorded the following information:

It is packed full of nutrients. It has had many medicinal uses since the early ages. The components present in basil help fight many diseases and help build immunity. There has been a lot of research to scientifically understand its benefits. 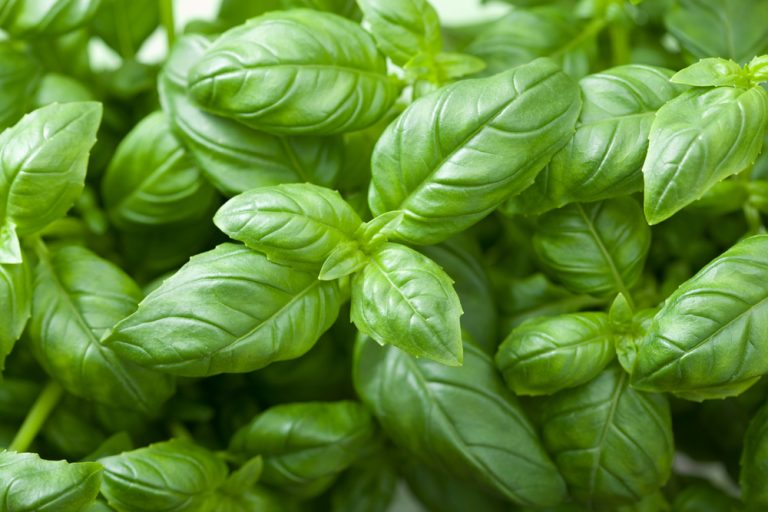 Cognitive decline has become a rampant problem for the elderly today. However, there have been studies that show that basil consumption is very helpful in preventing cognitive degradation. Basil contains minerals such as manganese, which is observed to increase the electronic transmitter activity in the brain. This activity is associated with mental reflexes. The herb also contains copper, which can help stimulate the mind – enhancing its functionality.

Glycosylceramides metabolism is also associated with the brain’s reflexes. Glycosylceramides also known as Sphingolipids are essentially molecules that act as a protective shield for the brain. This shield protects the brain from free radical and oxidative stress.

Arthritis is a painful disease that often leads to physical disability. Basil has been found to contain beta-caryophyllene, as well. These are associated with effective pain-management. They are also anti-inflammatory chemicals helping soothe the burning sensation in your joints caused by arthritis.  A study conducted on rats showed that they were arthritis-free due to the use of basil in their diet.

Basil contains compounds such as adaptogens. These are compounds that help the body deal with both emotional and physical stress. Basil consumption will help the body maintain a balanced functionality even during stressful events. Ocimum Sanctum or holy basil helps reduce hormone levels as well as the corticosterone levels in the body.

It is found to be full of antioxidants. Free radical damage to both the skin and the brain can be a major player in looking and feeling old. The antioxidants in the herb will help reduce the effects of free radical cells and prevent the body and mind from enduring oxidative stress.

Loss in bone density leads to fragile bone development and several bone related injuries and physical conditions.  This is especially true for women because osteoporosis is more common women than men.  As the nutritional facts show that basil is an excellent source of vitamin K, it is extremely helpful in maintaining healthy bones. Vitamin K helps absorb calcium better.

It’s extract has been observed to reduce spasmodic activity in the brain. Another study conducted on animals shows that the eugenol in basil leaves is also beneficial for the nervous system.

A good metabolic rate is essential to keep the body lean and healthy. Basil is a good source of manganese, which helps the body release enzymes that are beneficial in metabolizing amino acids, cholesterol and carbohydrates. It also helps metabolize vitamins that are glucose related.

That time of the month can be exceptionally painful for at least 3 out of 4 women. Experiencing cramps, depression and fatigue is a of post menstrual syndrome. However, the manganese present in basil helps relieve these symptoms by balancing your hormones. This in turn helps reduce stress and fatigue.

It contains copper, which is a vital producer of adenosine tri-phosphate. This is a compound that helps in eliminating the effects of fatigue and exhaustion. It is often recommended to use basil in smoothies to help keep the energy levels high.

It contains phenolics and anthocyanins, which are powerful antioxidants. These have been observed to protect the body from reactive oxygen species that are the main cause of cancerous cell formation.

It contains beta-carotene. This is an essential compound that helps prevent muscle degeneration. Basil is also a good source of vitamin A and Ascorbic acids that is known to cure the dry eye syndrome and Stardgart’s disease.