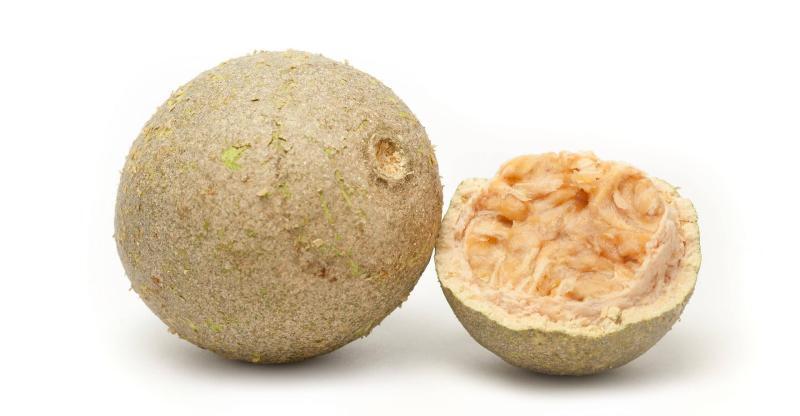 The wood apple is now well known the world over, but it is regarded highly by Hindus throughout India where it can be found natively growing. It is also cultivated throughout many parts of Asia, where it may also be known as the elephant apple or monkey fruit.

The fruit is known as the wood apple due to its tough outer texture, even though the pulp is soft. It may be consumed as is, or frozen and made into ice creams or jam. Even though it is relatively unknown, you can still benefit from this delicious fruit if you’ve never tried it before, as it is now available throughout the world.

Wood apples can help to slow down premature aging, especially of skin thanks to the presence of numerous anti-oxidant compounds. In particular, it has a good amount of Vitamin C which helps to reduce oxidative damage and can support natural collagen synthesis.

In addition, by reducing the oxidative damage from ultraviolet sun exposure, the quality of skin can be maintained for years to come. Diets that are high in anti-oxidant nutrients are amongst the best for exerting anti-aging benefits and is something wood apple excels at.

Wood apple extracts have been shown to possess properties against the replication of bacteria and viruses. In addition to extracts made from the fruit, the bark of the tree also contains several unique compounds which may display bacteriostatic and fungicidal actions.

Wood apple has been used by people in Southeast Asia for centuries for these exact benefits, even though to date no standardized extract of this fruit is being utilized for this purpose.

By now it goes without saying that any food which contains a significant amount of natural phytocompounds, vitamins and assorted flavonoid’s will also have some degree of anti-inflammatory action. This is true in the case of the wood apple which does not disappoint. It has been used traditionally to help reduce symptoms of eczema, dermatitis and even management of arthritic pain.

Wood apple contains essential electrolytes that help ensure fluid balance is maintained. Amongst the most important of these is potassium, which helps prevent excessive water loss, either via urination, or perspiration via the skin. In turn, this makes the wood apple unique in the sense that you can consume it, or use locally for application to the skin in order to preserve moisture content.

Wood apple are rich in fiber, and can help to prevent constipation from occurring. Apart from being rich in water, the natural sugars also help deliver a mild laxative effect that can help keep you regular. It is widely used throughout parts of India as a safe laxative in children who may be too young to use standard prescription laxatives.

People living in the tropical and subtropical regions of Asia grapple with insect borne illnesses, in particular those caused by mosquitoes. Wood apple can be ground and applied locally to the skin where it helps to keep insects at bay. Alternatively, some people also use the roots of the wood apple tree, ground and mixed into a suitable base where it is then dispersed around the home. This way, in addition to acting as an insect repellent, it also possesses insecticidal properties which decrease the density of these disease carrying vectors.

Foods that decrease inflammation in the body are also strongly associated with reducing the propensity of one developing cancer. Although this is not absolute, any amount of risk reduction that you can obtain is still extremely beneficial. In addition to this, preliminary investigations have revealed that extracts made from wood apple have a potential role in causing the death of cancer cells, in particular those affecting the breast and skin. Of course, the sooner such a diagnosis is made the better the likelihood of a good prognosis.

It’s not surprising to learn that wood apples may actually promote the healing of wounds, since we already know that they possess anti-inflammatory actions, as well as the ability to inhibit the proliferation of pathogens.

However, its wound healing properties may also be associated with its ability to stimulate collagen production. Collagen is a structural protein which forms the scar over a wound. Ensuring that natural collagen synthesis is optimized means a faster recovery from open wounds, minimizing the risk of complications occurring.

Wood apples are set to help with the body’s natural detoxification process by promoting the elimination of toxins as a result of liver metabolism. In addition to this, it helps to increase diuresis to expedite the removal of water-based waste.

Wood apples are also used traditionally by the natives of South East Asian regions as a way to help recover from hangovers after a night of heavy drinking, which is also attributed to promoting clearance of alcoholic metabolites. This fruit may also be able to help protect the liver from inflammation and non-alcoholic fatty liver disease.

A medium-sized wood apple delivers approximately 30 g of fast digesting carbohydrates, which can help to infuse you with enough energy at the time you need it most. While this boost may be short-lived, it may be especially useful for instance, if you are involved in physical activity or if your mental acuity feels subpar.

Just keep in mind, these are fast digesting carbohydrates and may not be suitable for diabetics owing to the speed at which they enter the bloodstream.

You probably know too well the discomfort that results from the common cold or flu, especially when it comes to the labored breathing and congestion. Consumption of wood apples can assist with free breathing owing to decongestant properties, along with cough suppressing and mucolytic action to clear the lungs of catarrh.

Add into the mix the natural vitamin C found in these apples, and what you have is a perfect complement to support speedy recovery from this period of illness.

Even though probiotic bacteria play critical roles in maintenance of healthy immune function, the sad reality is that most people have no idea that these bacteria even exist, or what they can do support them. One of the best things you can do is to consume a diet rich in plant-based nutrition, since the fiber contained in many of these foods act as nutrition for the probiotic bacteria.

Fiber contained in the wood apple is no different, as it can help to ensure colonies of the probiotic bacteria are maintained, in turn supporting regularity, reducing bloating and fortifying your body’s defense against foreign invaders.

Even if you don’t consume or have never had these in your life, you should make it an objective to get some the next time you head to your farmer’s market. You are likely to be pleasantly surprised by the taste, and the versatility that they possess.

They can even be made into chutneys to give a kick to your Indian inspired dishes, so what’s not to love?