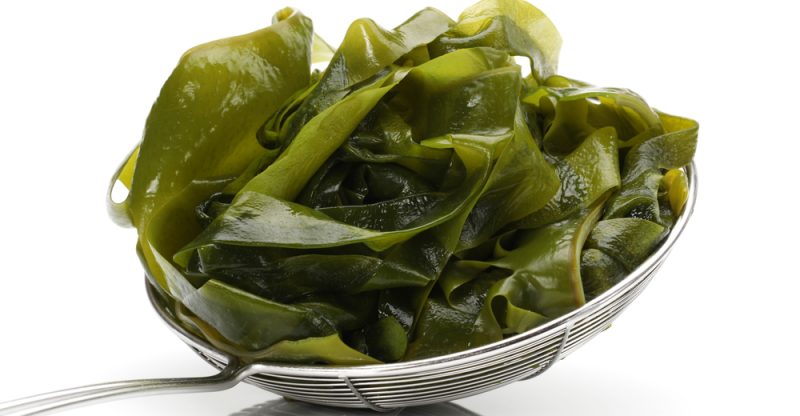 When most of us think of seaweed, the first thing that comes to mind is that useless grass that grows in the water. However, little did you know that seaweed is a major powerhouse and has endless benefits for your health.
Chances are, you’ve eaten seaweed before, probably in sushi or along with miso. But this is as far as many people ever go.
There are actually many different types of seaweed, which are characterized based on their color, as well as their physical structure and order properties.
Common varieties include green, brown, red, and blue-green varieties.
Excited to learn what seaweed can do for you? Then let’s dive right into it

While terrestrial based plants and animals are not often good sources of the Omega-3 fatty acids, when it comes to aquatic life, the presence of Omega 3 fats is plentiful. Seaweed is rich in this particular fat making it perfect for vegetarian consumption.

Seaweed is amongst one of the richest sources of dietary iodine on the planet since it is able to absorb generous amounts from seawater. Iodine is a critical micro mineral involved in many cellular processes, including growth and thyroid functions such as ensuring our metabolism is optimized.

In addition to increasing our metabolism, thyroid hormone also plays important parts in ensuring nerve fibers are properly insulated along the nervous system. There are a number of diseases that may occur if these nerve fibers are not properly coated in myelin sheaths.

In addition to this, iodine deficiency is associated with growth disorders and mental retardation.

Seaweeds are a rich source of natural cancer-fighting compounds which are being studied for a role in supporting the fight against cancer. Research has shown that seaweed is effective in helping to cure tumors such as those of the colon and certain types of leukemia.

Brown seaweed varieties including kelp and wakame contain compounds such as glycoproteins and sulfated polysaccharides which stimulate the immune system to destroy cancer cells. Studies conducted on breast cancer show that seaweed can help to inhibit the production of the hormone estrogen, which is known to feed breast cancer cell growth.

In addition to its effect on stimulating the metabolism, studies have shown that seaweed also has the effect of helping to manage obesity. It contains a compound by the name fucoxanthin which reduces the storage of fat and promotes its burning as fuel. Seaweed supplements are even marketed at weight loss today, even though it in the plant itself is superior as it contains a generous amount of fiber which will help to keep you full and less likely to eat on a whim.

Many people living in the Pacific islands consume seaweed on a regular basis for its digestion promoting properties. It is said to support the normal pattern release of digestive enzymes which can then help to promote absorption of nutrients and proper breakdown of consumed food. Polysaccharides found in seaweed also offer probiotic support to the good bacteria living in your gut. People living in these areas also report fewer than average cases of gastric ulcers as a result of the H. pylori bacteria.

As previously mentioned, consumption of seaweed can help to promote digestive function thanks to its high fiber content. High-fiber diets also reduce the likelihood of constipation, helping waste material to transit rapidly through the digestive tract. Little do many people know that seaweed also has a mild laxative effect, which can help to improve regularity and make bowel motions easier.

The compound fucoxanthin found in specific strains of algae and seaweed, but especially the brown variety show great promise in helping to manage diabetes. Seaweed is said to possess another compound by the name of alginic acid, which helps to improve glucose management and decrease the absorption of triglycerides from the blood. Diabetics commonly suffer from disrupted triglyceride levels in addition to altered glucose levels, increasing the rate of heart disease exponentially. This makes seaweed well poised to reduce complications from occurring.

Extracts made of seaweed have long been used for their effects on preventing cavities, which is believed to be partially due to their ability to increase expression of saliva from the glands in the mouth, which in turn promote frequent flushing of bacteria and food particles that may have been left on the teeth.

Seaweed extract is also said to be able to reinforce the strength of dental enamel, and an extract of the alginic acid is used frequently in the production of dental molds for dentures.

Studies have found that seaweed also possesses anticoagulant properties, which thin the blood and prevent excessive clot formation. The most well-known anticoagulant on the planet is aspirin, which is effective but carries with it a range of possible side effects. Supplementation or consumption of seaweed extracts by the Pacific natives have been attributed to their low rates of stroke and cardiac disease. The anticoagulant effect of seaweed is believed to be based in its polysaccharide content, with kelp having some of the most pronounced effects on blood thinning. One word of caution – be sure to use carefully if you have a pre-existing circulate three disorder, or are currently using prescription medications to thin your blood.

Seaweed extract has been shown to have mild antiviral properties, thanks to the presence of a compound known as Shikimic acid, which as it turns out is one of the raw materials in the production of the seasonal antiviral medication Tamiflu. Algae present in the water and on the seaweed produces this compound, which when then consumed offers some degree of antiviral protection. Maybe it’s a good idea, after all, to eat more seaweed when flu season rolls around, don’t you think?

People that consume greater amounts of seaweed are offered enhanced levels of protection from the damaging UV rays of the sun, thanks to the presence once again of fucoxanthin in it. Fucoxanthin helps to prevent cell damage to the skin and can reduce the likelihood of mutations occurring in cells which may have already endured damage. Its anti-inflammatory and antioxidant effects also trickle down to overall skin beauty, where it helps to reduce wrinkle formation, sunspots and dark blemishes and is now a regular inclusion in many skin care preparations made by the cosmetic industry.

Preventing inflammation and excessive oxidative damage is key to maintaining optimal cellular and organ health as the years go by. When it comes to the eye, macular degeneration is an often unavoidable part of aging, which causes progressive deterioration of vision. Regular consumption of seaweed can help to slow this down, and is even employed in implants following cataract surgery. The inclusion of fucoxanthin in these ocular implants is said to prevent subsequent opacification of the lens after a successful surgery.

We know that seaweed is not available readily all over the world, which may prove a hindrance to you in your quest for better health. However, even if you cannot find fresh varieties of this weed, you can likely find supplements or at least frozen extracts in your supermarket. You don’t need to go crazy and consume it at every meal, but a few times a week will go far if you follow a healthy lifestyle plan. Don’t miss out on all this superfood can do for you.