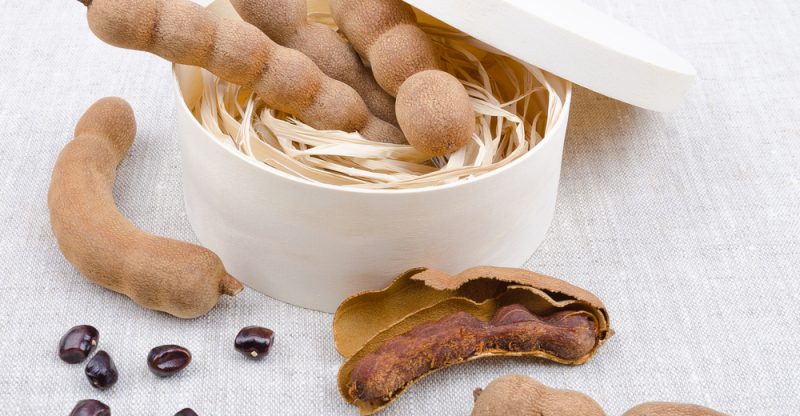 Tamarind is a delicious sweet and sour fruit that has its own distinct flavor. It grows on trees in pods and dries down from a green fruit. It is often considered a legume due to its pod-like growth. The tartness of this fruit is extremely delicious and its pulp can be eaten on its own with some added sugar and salt. It is available and is an ingredient in various sauces used in difference Asian delicacies. It has a very strong flavor on its own. It also has a history in Egypt and is said to have been planted there around 400 BC. It is native to tropical Africa and Southern Asia, but has been cultivated in India for so long that it is often assumed that it was native to the subcontinent. Tamarind is also said to have medicinal properties and was used by the Arabian physicians.

Tamarinds  can be used as a confection and is used as a primary ingredient in a plethora of Arabian cuisines. Moreover, it is believed that the Arabs transported it from India to grow it in their country. This is the way it reached the Persian Gulf as well. Tamarind juice and pulp are often used to this day to treat indigestion because it is both sweet and acidic in nature. History also shows some superstitions, different for each region.

The Africans believed that the tamarind tree was sacred. In Burmese lore, it is thought to be the place where the rain God reside. The people of Malaya to this day make a concoction with tamarind pulp and coconut milk to feed their infants. The Bark of the tree is often considered a source of wisdom. This tree usually is wild in the native region, but is cultivated in other areas that produce it. Its texture is extremely similar to that of a date and also contains a seed in the middle, but the flavors are a completely opposite. Depending on the variety, it is tart and often draws a reaction like that of eating a lemon.

Its shell is easy to remove, it is often found at stores deseeded and ready to use. Tamarind has become a part of many cuisines in different parts of the world as it is extremely easy to grow.  Even its seeds are useful as they contain Amber oil, which is used in painting dolls. This oil also is consumable. The seed coat is also used as a dye for goat hides in Africa. 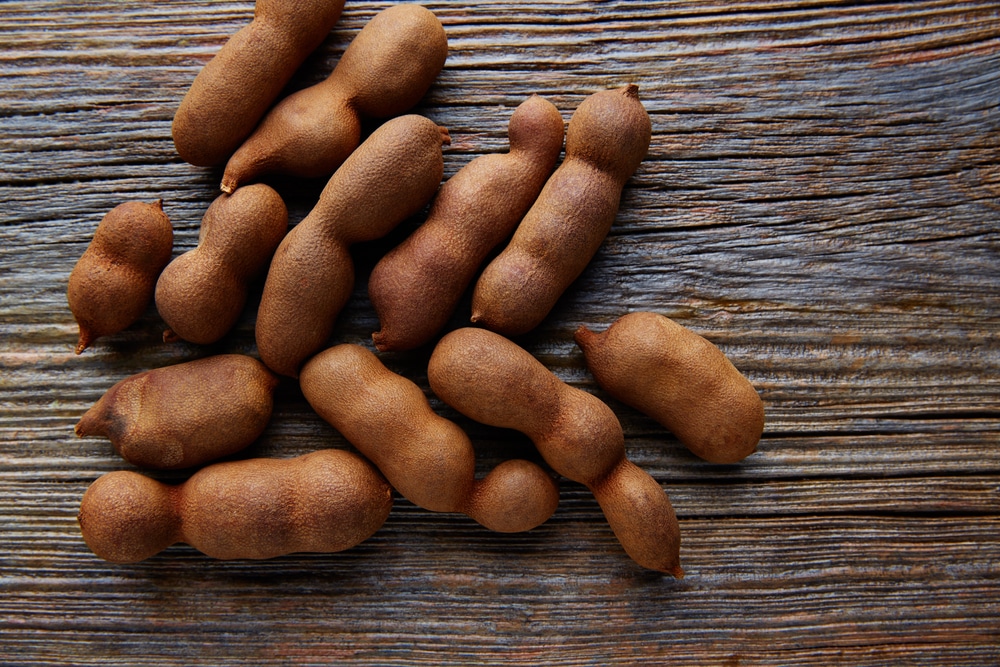 Tamarind is packed full of nutrition and has a surprisingly high calcium content as compared to other fruits. Its scientific name is Tamarindus indica. The list of nutrients present in it is quite lengthy. It is both delicious and beneficial for the body, which is a rare combination. It contains vitamins such as E, C, B and multiple minerals. The complete nutritional value can be determined for per 100 grams of pulp as:

In light of this, here are 11 other health benefits of Tamarinds:

The consumption of tamarind helps reduce heart-related issues. It has been observed that tamarind rids the arteries of LDL cholesterol. It has high fiber content, which might be responsible for this.  The potassium in tamarinds also acts as a vasodilator that controls your blood pressure by reducing the stress on the arteries and other vessels.  Tamarinds, being full of vitamin C, helps fight free radicals that might end up developing symptoms associated with chronic heart diseases.

Alpha-amylase is a compound found in tamarind. It is observed that it helps prevent the absorption of carbohydrates that in turn turns to sugars. An elevated amount of sugar in the blood also leads to diabetic issues.  The pancreas is unable to control the levels of insulin in the body, which leads to various other diseases other than diabetes.

Just evaluating the nutritional benefits of tamarind highlights its health advantages. It is high in vitamin C and other vitamins that are known for their antioxidant properties that help fight free radicals. Tamarinds also have antimicrobial and antiseptic properties that lead to a strong immune system that is not affected by viral infections. Parasites cannot endure an environment that is high in antioxidants.

You are prone to suffer a heat stroke if you live in region that is particularly hot, and if you aren’t hydrated well. Tamarind juice made with a little cumin can prevent heat-related issues and cool your system.

Weight loss is an issue that most people deal with. Tamarind with all its benefits is also helpful in losing those extra pounds. There is an enzyme in the body that stores fat and the hydroxycitric acid or HCA present in tamarind stops it from doing so. It also helps suppress appetite as it increases the serotonin neurotransmitter.

6. Aids Development of Muscle and Nerves

The B complex present in tamarind in the form of thiamine is known to improve nerve function and helps develop stronger muscles. This leads to a healthy and strong body and function.

Tamarind contains tartaric acid, malic acid, and potassium, which are all components that help promote a health digestive system.  It has multiple benefits for the stomach as it helps in treating diarrhea and constipation. These are benefits found in the leaves and the pulp separately.

Only a healthy digestive system will help absorb nutrients to their full potential. Ulcers can be prevented by the regular use of tamarinds. Tamarind seed extract contains compounds that inhibit the occurrence of ulcers.

Cancer is caused due to the growth of cells that thrive on free radicals. As a powerhouse of antioxidants tamarinds will promote antioxidants in the body, causing cancerous cells to be eliminated.

Even though there aren’t any definitive studies on the key to anti-aging, tamarind as a part of skin care, helps reverse sun damage and can also be ground to be used as an exfoliator. The fruit contains Alpha hydroxyl, which is what helps prevent spots and acne.

Tamarind also helps fight colds and flu. These are usually caused by allergies or viral infections. However, tamarind has antihistaminic properties that help prevent asthma attacks and other types of colds and flu.