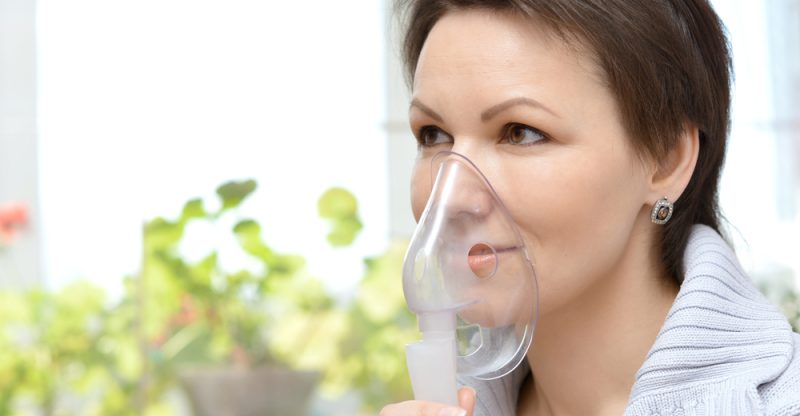 Respiratory problems are extremely common in adults and children alike, even though they do not represent one single illness, but rather a cluster of related disorders which all affect your ease of breathing to an extent.
Left unchecked, respiratory problems can have fatal consequences, but before that occurs, there are effective remedies that you can take advantage of, all found in the comfort of your own home.
Even if you do not have all of them on hand, you should be able to easily find them in your closest natural health store or even the supermarkets.
Wondering what some of the most effective ones are? Let’s check them out below.

Steam inhalation is one of the oldest used remedies when it comes to respiratory support, as it can effectively be used for more than one associated condition.
For example, when experiencing the common cold, steam inhalation can be used to effectively reduce nasal congestion and enable free breathing. In like manner, steam also helps to clear the nasal passages and the tiny structures found in the lungs (the alveoli and bronchi) of mucus. Mucus causes wheezing, and difficult or deep labored breaths.
Be sure to breathe in the steam for a few minutes or until you notice a measurable difference in your ease of breathing.

Love it or hate it, ginger is one of the best natural remedies of all time, being used to help manage conditions as diverse as arthritis, to the common cold and breathing difficulties.

Ginger possesses expectorant properties, which help to clear mucus out of the lungs by the process of coughing. But that’s far all it does, as it can also reduce the amount of mucus produced by the lungs, helping you breathe easier in the process. To top that off, ginger possesses antibacterial properties which can help to clear infections of the upper respiratory tract.
Your best bet is to consume some ginger tea every day for substantial support, or if you prefer, grate a little, add some honey and consume in one fell swoop.

Garlic is another common herb which can be used effectively to help treat symptoms of bronchitis and even asthma. The volatile oil found in garlic known as Allicin possesses expectorant qualities which help to remove mucus from the respiratory tract, improving lung capacity in the process.

It also possesses mild decongestant properties which make it suitable for use if you have a stuffy nose. To start, you can try to include garlic in more of your meals, or if you dislike the taste, opt for an odor-free supplemental form containing at least 1000 mg of standardized extract.

Citrus fruits, in particular lemon and oranges, appear to have great potential in the management of various respiratory diseases such as asthma and bronchitis to name a few. Its potency appears to be due to the presence of citrus bioflavonoids, which reduce the immune system’s sensitivity to allergens that trigger respiratory responses.
Children that consume the lowest levels of vitamin C and citrus bioflavonoids appear to be predisposed to childhood breathing disorders such as asthma. Be sure to consume as much of the citrus fruits as you like, as excess vitamin C poses no harm to the body.

Honey is a well-known cough suppressant and expectorant, included in numerous over the counter preparations that help to ease symptoms of respiratory problems.

Honey also possesses natural anti-bacterial, anti-viral and anti-inflammatory actions which can soothe symptoms of bronchitis, respiratory tract infections and asthma to a lesser degree. If you experience wheezing on a nightly basis before going to sleep, a bit of honey can help you rest easier.

Used for centuries in Ayurvedic medicine, turmeric is fast catching on in the West for its numerous benefits on health. Most notably, is its potential in helping to manage asthma, thanks of immune-modulating effects? The immune system plays an important part in asthma, as recruitment of special cell types cause inflammation along the airways. Reducing the recruitment of these cells by the immune system will improve the outcome of asthma attacks, reduce their severity or prevent them completely.

Peppermint leaves and its oil have been used for many years sue to its ability to help clear the nasal passages and allow you to breathe easier. Its respiratory boosting properties can be attributed to the presence of menthol, which is a useful anti-inflammatory agent, helping eliminate free radical production and acting as a natural antihistamine to suppress asthmatic attacks. Its versatile and various uses make it perfect for inhalation use, made into chest rubs or via addition to numerous cough and cold preparations.

Thyme is a popular food seasoning, being able to bring out a unique flavor to your meals. However, it also has helpful medicinal properties which can aid recovery from a respiratory disease or helping prevent them altogether.
It is known to have the ability to inhibit the replication of the most common types of microbes including bacteria, viruses and fungi. This means that given your respiratory problem is caused by one of those, thyme is likely to deliver some amount of relief for you.

You can try adding this herb to more of your meals, or if you prefer a more direct approach you can opt for the essential oil.

Though this herb is commonly associated with boosting memory and brain power, its utility extends far past that alone. Use of standardized ginkgo biloba extract has been found to help prevent asthma attacks from occurring, owing to suppression of an immune signaling factor known as Platelet activating factor, implicated in many chronic conditions including ischemia and asthma.
It also acts on a host of white blood cells such as mast cells and eosinophils, which can potentiate inflammation and trigger an asthmatic attack if left unchecked.

In turn, wheezing, coughing and mucus production is reduced and the general severity of the respiratory disease is limited.

Echinacea is a flower native to North America that has been used for a number of years, but has only recently experienced a resurgence in popularity owing to its ability to boost the immune system.
And this is exactly one of the ways it helps with respiratory conditions. Many respiratory problems are triggered by a hyper-sensitive airway and immune system, which results in excessive inflammation of the airways and prevents breathing.
The rich anti-oxidant profile of Echinacea helps to suppress chronic inflammatory processes in the lungs, and is reported to be able to reduce severity of COPD (type of chronic bronchitis), asthma and seasonal allergies. Added to the fact that you are less likely to catch flu this season, this seems good enough reason to drink Echinacea enhanced teas often.

Coffee is an unexpected one many people might think of, but 100 years ago coffee was actually one of the most respected natural asthma remedies you could ask for. But how does coffee work to help treat respiratory problems? You can thank its caffeine, which is structurally related to other compounds used to treat asthma collectively known as methlyxanthines.
Caffeine and these other compounds are known as bronchodilators, as they help to expand the airways and enable improved lung function. It is important to note that coffee should not be regarded as a quick fix while having an asthmatic attack, but can be used daily as a sort of preventative maintenance.

If you suffer from mild to moderate asthma, seasonal allergies or the occasional stuffy and runny nose, there are a myriad of natural remedies that you can find in the comfort of your own pantry that are very effective. However, you should not withhold medical care in the event that you see symptoms are severe or the natural remedies are not working for you.