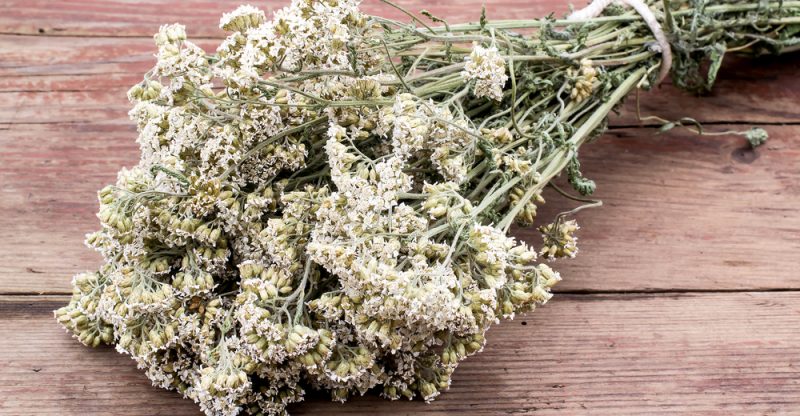 The Latin name for Yarrow is Achillea millefolium, named after the Greek hero Achilles. This herb has an intriguing and exciting history. This herb was used to heal the ancient Greek warriors in battlefields; this humble herb was believed to have powerful healing powers.

Yarrow has been a part of divination rituals since ages, these rituals were carried out by the Chinese to find love, to manipulate dreams and in their waking rituals. Yarrow was a part of the I.Ching ritual that includes 64 long straight sticks of yarrow used in reading the hexagrams to perform divination.

Herbalists in Western Europe have been using yarrow as part of healing practices and believe that it facilitates the healing by restraining the flow of blood to a wound.

Yarrow is a flowering plant that has been a part of modern medicine for the treatment of female hormonal imbalance and digestion. The uses for this humble plant are many and it has been a part of the medical world since ancient times to treat colds, fevers, menstruation problems, eating disorders and digestion. It comes from the family of chamomile and chrysanthemums, it is actually an herb, but is mostly used as a vegetable. It has a much similar flavor to tarragon and can be added to food the same way tarragon is.

It is native to the northern hemisphere and grows freely as a weed in chalk lands or grasslands. The benefits of yarrow are many and to understand the details it needs a whole book dedicated to it, however, here are 11 reasons why yarrow is the herb you are looking for. 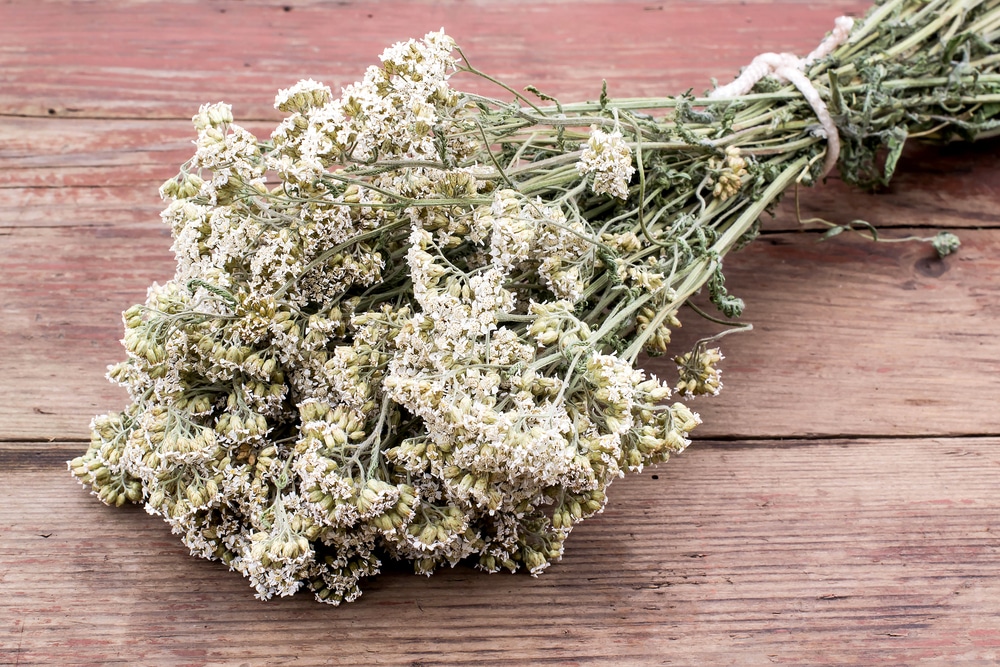 Wound healing has been primarily associated with yarrow due to its scientific name Achillea millefolium being derived from the name of the mythical war hero of ancient Greece, Achilles. It is believed that Achilles and his soldiers used yarrow to treat their wounds and restrain bleeding. The chemical compound achilliene found in yarrow is responsible for its healing power. This facilitates the coagulation of blood, which leads to the rapid closing of the wound. It also protects the wound from infections and numbs the pain. It was also used during wars to heal burn wounds that were caused by napalm. This is what gave it the title of “Herb of the Military”.

It’s extracts contain flavonoids and sesquiterpene lactones that calm inflammation that may be the cause of many illnesses such as a sore throat, arthritis, respiratory issues and stomach-aches. Inflammation can occur in any organ, the addition of it to the daily diet can be helpful in preventing inflammation. There are some antidotes for venom and drugs that use yarrow as an ingredient.

It has antiseptic and antispasmodic properties, the involuntary spasms that are a result of digestion issues in the lower intestine can be treated through yarrow consumption. Conditions such as leaky gut, diarrhea, flatulence, and stomach cramps can be treated using it. The plant-based flavonoids that it contains are responsible for relaxing the muscles and reducing spasms.

Yarrow essential oils and the plant itself is the most powerful antiseptic known to man, it is a natural disinfectant and its medicinal properties for fighting infections are unmatched by any other conventional remedy in the market. Not only does it heal external wounds it also prevents internal infections as it contains antimicrobial properties. Yarrow activates the blood platelets in the affected area, which form a protective layer to keep the body protected from infection-causing bacteria. Yarrow essential oil has such potent antiseptic effects that it kills the bacteria completely when applied to the wound.

It is an ingredient prized by the cosmetic industry as it has excellent scar removal properties. It not only speeds up the healing process, but also reduces the appearance of scars. There are many ways yarrow can be used to heal scars, either by oral consumption or by using it in your skincare routines. Its anti-inflammatory properties also calm the irritation and redness surrounding the wounds.

Hormonal imbalance is usually a short-term condition that comes hand in hand with the PMS cycle; however, this is not always the case. Hormonal imbalance can be a lasting condition and can cause severe health issues. Adding yarrow to your diet can help balance the hormones in your body. Hormonal imbalance can sometimes be the reason you not getting a regular menstrual cycle, this condition is known as amenorrhea. It can be combined with other herbs such as partridgeberry to treat this condition. It is emmenagogue, which increases the blood flow in the pelvic area, encouraging timely menstruation.

Mastitis is a breast infection that women who are feeding new-borns often experience. To increase blood circulation in this area, yarrow is used to relieve pain and calm the inflammation in the breasts. Its antiseptic properties will also help fight off the infection and treat the condition.

It has vasodilatory and anti-inflammatory properties that facilities adequate flow of blood throughout the body. It also calms and relaxes the nerves to lower blood pressure. Research shows that yarrow helps lower blood pressure in patients suffering from hypertension. Medical studies conducted on animals showed that administering it’s extract in hyperactive cardiovascular conditions can be extremely beneficial.

Asthma can be an extremely uncomfortable and miserable condition; yarrow has calming properties that facilitate oxygen and blood circulation, and does the same for the respiratory system, easing the symptoms of asthma. It has bronchodilatory effects that are helpful in relaxing the bronchi and calming the inflammatory airways.

Yarrow tea has been a go-to treatment for colds and mild fever since ancient times; it basically dilates the pores and blood vessels to remove the toxins from the body through perspiration. It calms the inflammation and its antiseptic capabilities fight infections and viruses. It also calms bouts of coughing and is an excellent natural remedy to treat flu and the common cold.

Skincare products and ointments contain yarrow essential oils and it’s extracts that help clear out eczema and calm skin inflammation. Acne scars can also be healed and treated with yarrow essential oil when added to carrier oils. Yarrow tea is also an excellent way to cleanse the body from within to enhance cell regeneration in the skin.

It is an exceptional plant that has healing properties superior to conventional medicine. Adding it to teas, soups, and sauces can add a bittersweet flavor to your food while providing you a treasure of health.