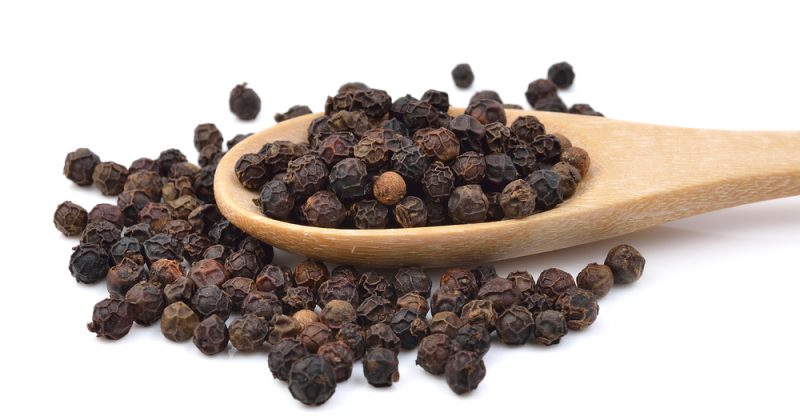 What is Black Pepper?

The most common and widely used spice for seasoning throughout the world is pepper. It is delicious and helps enhance the flavor of anything it is sprinkled on. The origins of this berry are as delicious and complex as its flavor. Although it is native to the Malabar region of India, yet the nostrils of Ramses the Great were found filled with it (1303-1213 BC).Proof that it was used in the mummification process.

There is archeological proof that pepper has been in use since 2000 BC and also text has been found that show trade of pepper from India to the Greeks and the Romans. Romans soon started making it a part of almost 80% of its recipes, though Pliny the Elder was not necessarily a fan. After the fall of the Roman Empire, the Arabs took over the spice trade. They wanted to maintain a monopoly in trading pepper and did so by making up fictional stories regarding the procurement of the spice.

Fun Fact: The Arabs spread a myth that peppers were grown among trees in a forest in India, where they were guarded by snakes. These snakes were to be banished by fire in order to obtain the spice and in this process the spice turned black. Interesting how they managed to maintain a monopoly through fantasy.

By the 10th century, pepper was the most wanted spice. The trade of this spice had spread far and wide to German and Italian traders.  In some parts of Europe, it was regarded a luxury spice. Pepper was a must for the Italians who would pay the desired prices for this spice. This trend continued and by the 14th century, Genoa also became a major player in the pepper trade. The famous Silk route was also used to trade pepper. Vasco de Gama was sent on the mission of finding a sea route that brought back Christians and spices to the Portuguese King, Manuel.

Black pepper makes the list of worlds healthiest foods, this is due to the abundant nutrients found in this spice. This tiny berry is an excellent source of vitamin K, Calcium, Chromium, Iron, fiber and manganese. The best and most flavorful way of enjoying black pepper is to sprinkle it on top of any savory dish using a pepper mill. It is recommended to add pepper to any dish you prefer towards the end of the cooking process. Black pepper is such a universal spice that its use is found in almost all cuisines.

Fun Fact:  Black and white peppercorns are basically the berries of the same plant. The variation in color occurs due to the picking at different stages of ripeness.

The Nutritional Value of Black Pepper 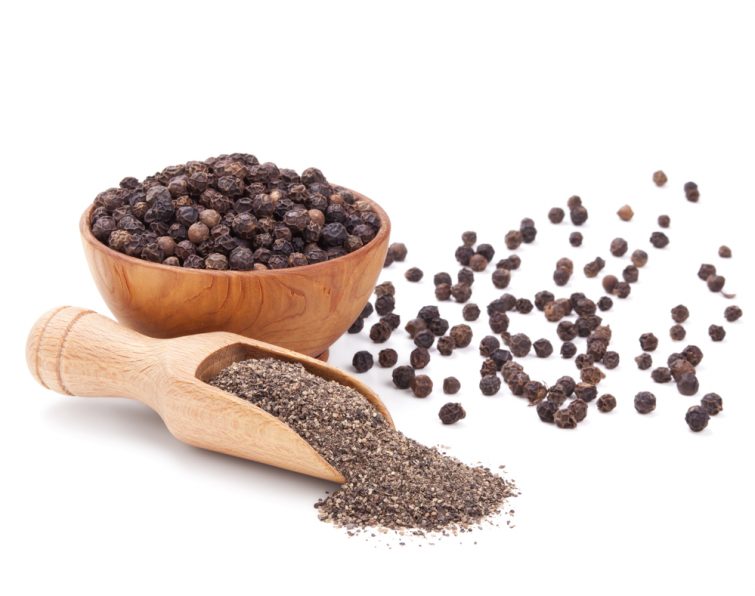 Black Pepper is a very nutritious spice full of multiple minerals and vitamins. It contains Vitamin A, Vitamin E, Vitamin K, Vitamin C, and Vitamin B6. Further, it contains Riboflavin, Thiamin, Niacin, sodium, potassium, folate, choline, and betaine. This is an exceptional amount of nutrition for a spice. It is a zero calorie spice. It also provides protein of up to 10.95 mg per 100grams.

Here are 11 benefits of this amazing spice.

There have been studies published in medical journals such as the Journal of food and chemical toxicology. Regular intake of black pepper helped alleviate depression, significantly enhancing brain functionality.

The body secretes an acid called the hydrochloric acid, which is essential to the digestion process. Black pepper is known to increase the secretion of this acid, which helps the body to digest food. It helps prevent intestinal gas production and stimulates sweating and urinating, which helps remove toxins from the body. Black pepper is a carminative that promotes good gut health.

Peptic ulcers are the worst kind and can cause a lot of discomfort to the patient. Black peppers are rich in antioxidants and are anti-inflammatory, which helps soothe peptic ulcers. Black pepper helps strengthen the mucosal defense. It is also found to fight problems that arise due to ethanol.

5. Get Rid of The Extra Pounds

Fat cells need to be broken in order to lose weight. The outer dark layer of peppercorn speeds up the breaking down of these fat cells and helps increase your metabolic rate. This, in turn, leads to weight reduction. Due to its carminative properties, it also helps rid the body of the intestinal gases and reduces bloating.

Also See : How to Lose Your Belly Fat Quickly For All Body Types

6. A Cough and Sore Throat Remedy

Black pepper has expectorant properties that help reduce symptoms associated with cough and other respiratory issues. It is often recommended as an ingredient in DIY cough remedies. The best way to use it when you have a bad case of the cough is to add a quarter teaspoon to a tablespoon full of honey, mix thoroughly and eat.

Black pepper is often recommended by doctors to add to food for patients suffering from heart diseases.  What it does is it removes the cholesterol build up in the arteries.  This helps prevent a medical condition called atherosclerosis, which is the main cause of people suffering heart attacks.

Another one of black peppers amazing uses is reducing toothaches and other gum related diseases. As it has antimicrobial and antibacterial properties it prevents the spreading of bacteria in the mouth and can be applied to the painful area mixed with salt.

Graying hair is an issue that is being faced by many young children as well. Black pepper can be used to prevent this from happening. The recipe is simply to mix a quarter teaspoon of black pepper in half a cup of yogurt. Massage it into the scalp and let it sit for half an hour. Then rinse thoroughly. The regular use of this concoction will have a significant effect.

Black pepper essential oil when applied to the skin has a warming sensation, which helps your blood circulation. It can be used by patients suffering from arthritis to get rid of the pain. It also helps remove uric acid like toxins from the body, which is very harmful to people with arthritis.

Black pepper is packed full of healthy nutrients for the body. The regular consumption of this spice will help achieve a glowing complexion and happy skin. It can also be used as an exfoliator added to honey or yogurt.