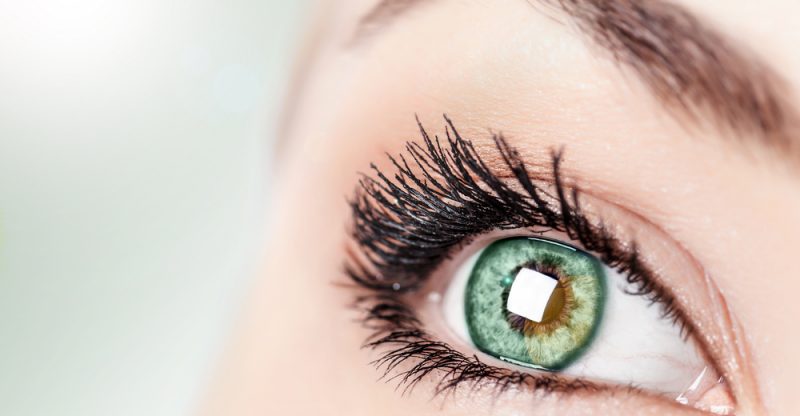 How much thought do you give to your eye on a daily basis? The truth is, most of us don’t spare any thoughts on these vital organs of sight, but take for granted that they will continue to function at 100% in perpetuity. However, this is a very wrong way of doing as, as most times waiting until something breaks to fix it results in a sub-optimal result, in this case being diminished visual acuity.

A better approach? Start taking care of your eyes today. They are actually very low maintenance. All you need to do is make a conscious effort to consume more foods that boost your eye health and your job is more than halfway done. Just top it all off with enough sleep and not overworking your eyes too much and you should be ok.

11 Foods to Boost Your Eye Health 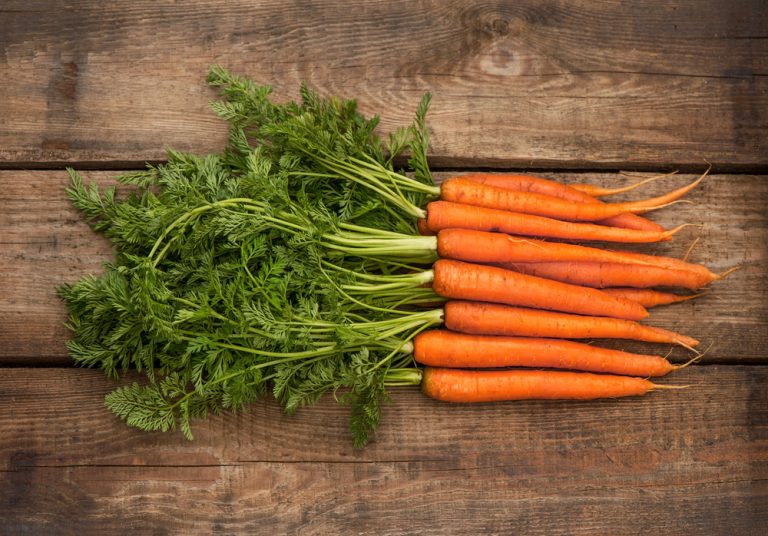 Carrots are the poster child for good vision. Growing up, your mother almost certainly told you to eat your carrots to make you see better, and this has been passed down for generations. Luckily, this is not bad advice, as carrots are among some of the most eye friendly foods on the planet, containing copious amounts of the Vitamin A pro-compound beta-carotene. While beta-carotene is “technically” Vitamin A, it surpasses it in a few ways. For one, taking in pure Vitamin A in high quantities could actually damage your eyes, as well as many other organs, as it has a way of accumulating and causing toxic effects. Beta-carotene, however, is only actually converted into Vitamin A as the body needs it, significantly reducing the potential for adverse effects. Think about it- have you ever truly heard of someone overdosing on carrots? 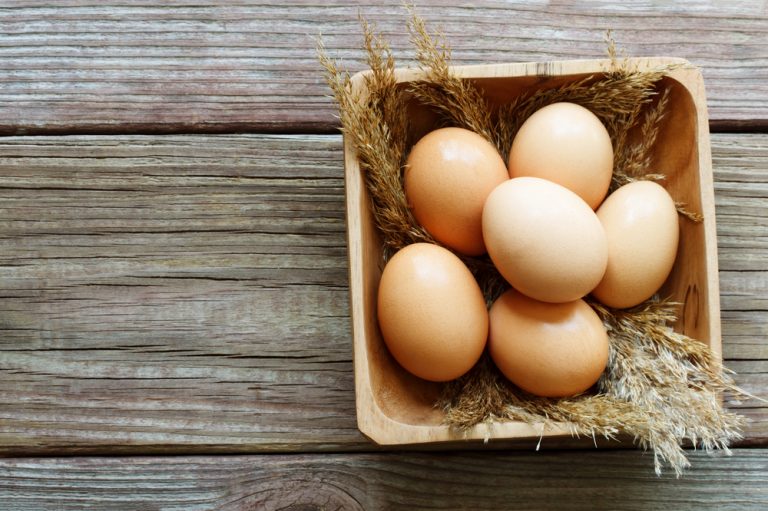 Eating whole eggs is not bad; in fact, it is what you should be doing. Even though many people worry that the effect of an egg yolk’s cholesterol is damaging and life threatening, the effects of diminished vision may be much worse. The yolk of an egg is where virtually all the nutrients are, in this case including the anti-oxidants lutein and zeaxanthin. These are well known compounds that help to offset and slow down the rate of macular degeneration, a common occurrence as one ages and explains why deteriorating vision occurs as age advances. Eggs also contain zinc, which by itself also reduces your risk of AMD (age related macular deterioration). The combination of the two nutrients in egg yolks should convince you to start having some and not tossing them out! 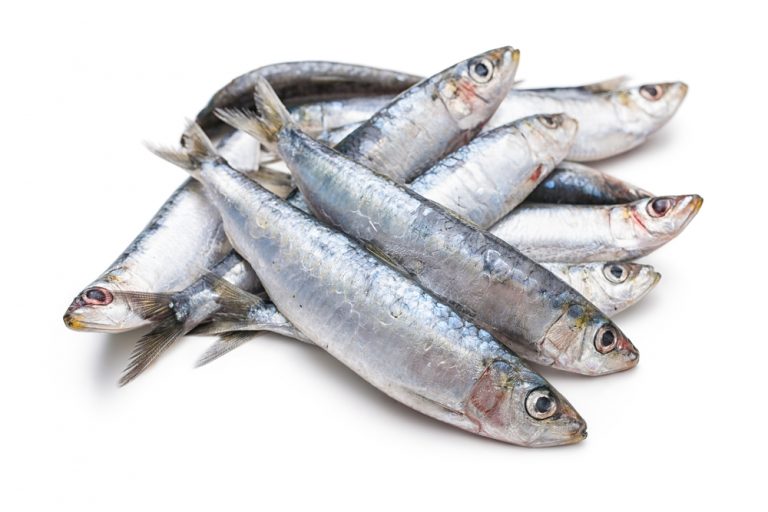 While fish is generally a much lower fat protein source that other traditional meat, the fat mentioned in these types of fish are extremely beneficial. These are the omega-3 fats, which have benefits on health far exceeding the scope of this article. However, when it comes to the health of your eyes, just know that omega-3 fatty acids help to preserve the health of the retina, slow down inflammatory states of the eye and can combat common associations that occur with deteriorating eye health, such as dry eyes. Many think that dry eyes are trivial matters, when in many cases it is indicative that something is amiss below the surface. 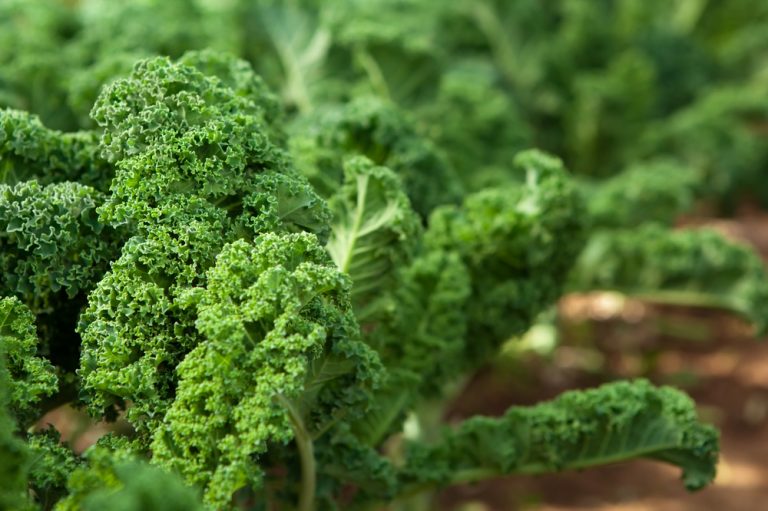 This superfood has been making waves since its massive rise in popularity over the past 2 decades, and it seems that it gets better every day. What now? Regular kale consumption can boost the health of your eyes. Kale is rich in dozens of nutrients, including many phytochemicals, many of which play a role in preserving the health of your eyes. Amongst these are the anti-oxidants lutein and zeaxanthin again, which need to be emphasized are super beneficial to the health of your eyes. In addition to preventing AMD, they also cut your risk of cataracts. They cannot be made by the body, which is why consumption of them is so crucial. Just a 100g serving of kale yields more than the recommended 10mg intake of lutein per day, helping you easily meet your goals. Don’t like the taste of kale? Blend it with some of your favorite fruits into a tasty smoothie. Good food does not have to taste boring! 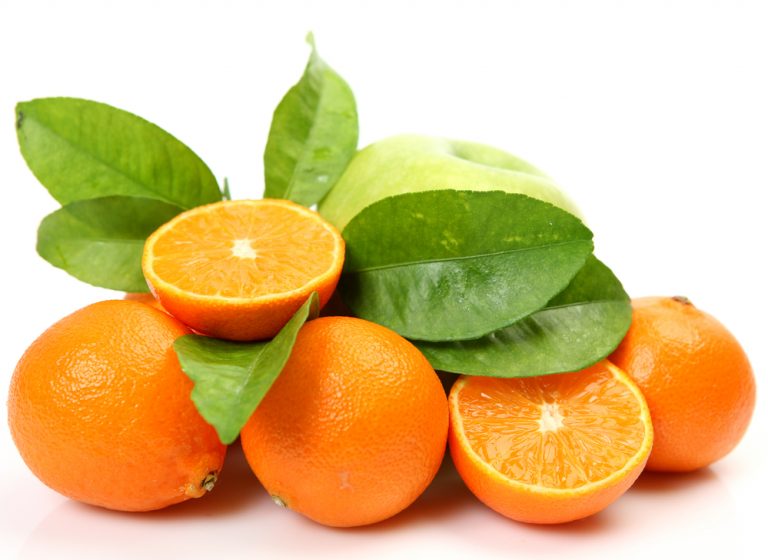 Many people love the taste of citrus fruits, so getting enough in your diet shouldn’t be a real problem. Whether you prefer oranges, grapefruit or even tangerines, citrus fruits are known to be rich in Vitamin C, which while known to boost the immune system, also improves the health of your eyes. Vitamin C exerts anti-oxidant abilities throughout the body, which in turn helps slow down the progression of AMD or the development of cataracts. Citrus is especially important for people under high stress, as the hormone cortisol can lead to decreased immunity or increased oxidative damage to the eyes. 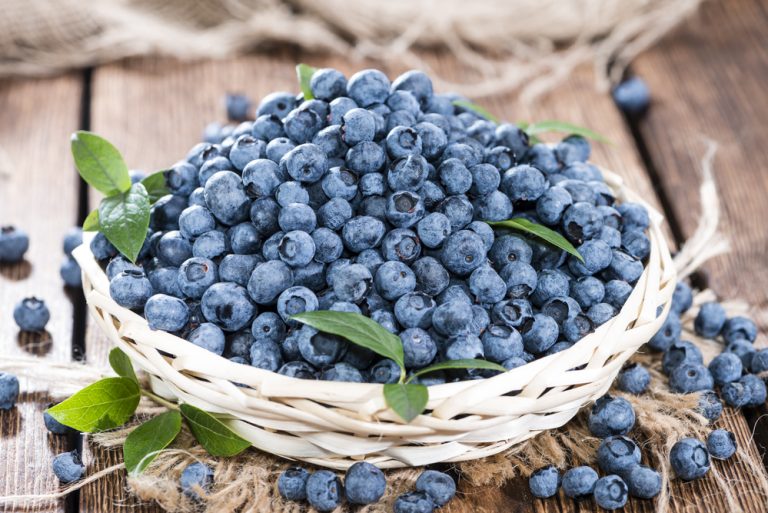 Berries as a whole are extremely beneficial to our overall health, but blueberries in particular stand out. Blueberries are among the richest sources of anti-oxidants on the planet, and host Vitamin C and the carotenoid anti-oxidants lutein and zeaxanthin. This combination of powerful anti-oxidants, not to mention the presence of resveratrol make for excellent eye support. Resveratrol is attributed to the beneficial effect of wine, such as anti-aging, cancer prevention and anti-oxidant effects. Blueberries also help to preserve the health of the micro blood vessels at the back of the eye, which can become damaged and bleed, especially common in diabetics. 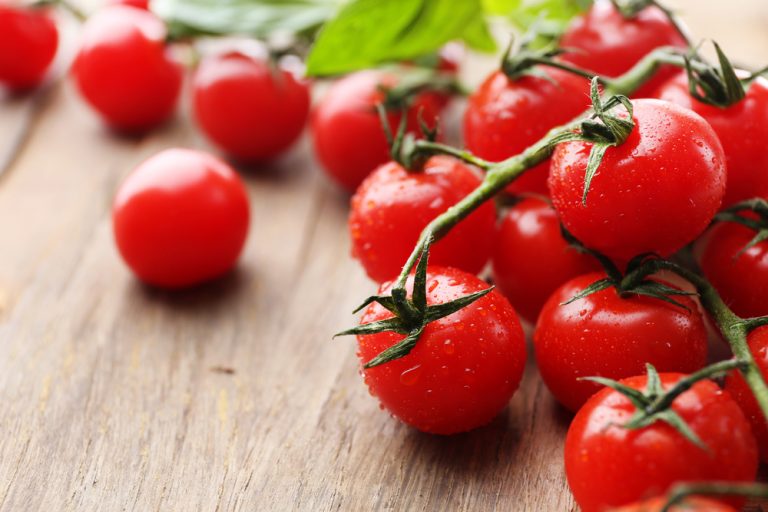 Tomatoes are some of the richest sources of lycopene known to man, another carotenoid anti-oxidant with benefits on prostate, skin, eyes and more. What makes lycopene interesting is the fact that it can prevent UV damage to the retina, or other areas of the eye where it may occur. Tomatoes are also rich in Vitamin C and other bioactive compounds which help to protect the eyes from oxidative damage. Raw tomatoes appear to be best, as some of the compounds contained in tomatoes are destroyed upon heating. 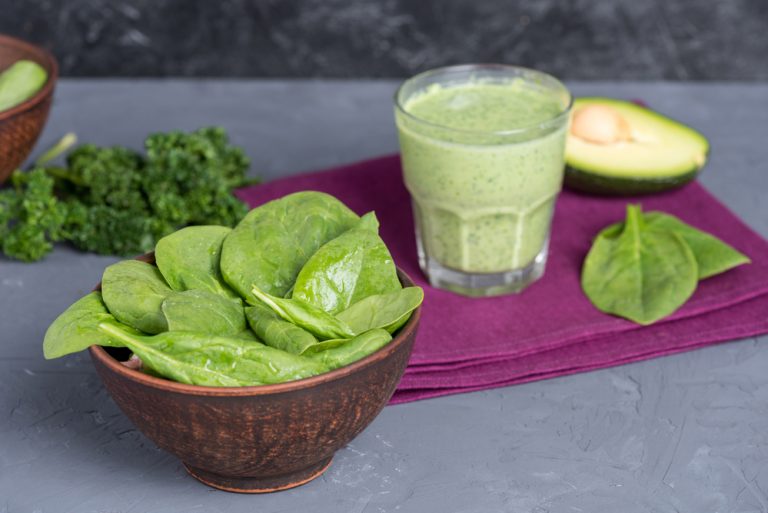 Similar to kale, spinach in rich in lutein and zeaxanthin, the two most important anti-oxidants for eye health. These compounds act as a natural shield to UV light, helping prevent damage and absorbing blue light that could damage the retina. 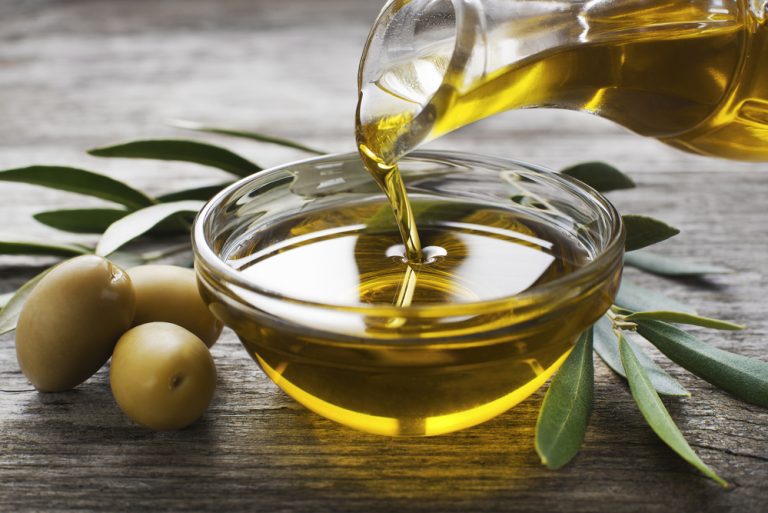 Olive oil is superior to most other commercially available cooking oils as it is free from Trans fats. The Mediterranean diet has been shown to promote healthy vision, as it reduces the risk of AMD, and also promotes absorption of the carotenoid anti-oxidants lutein and zeaxanthin. Olive oil also helps in reducing cholesterol levels, which is thought to promote cataract development. 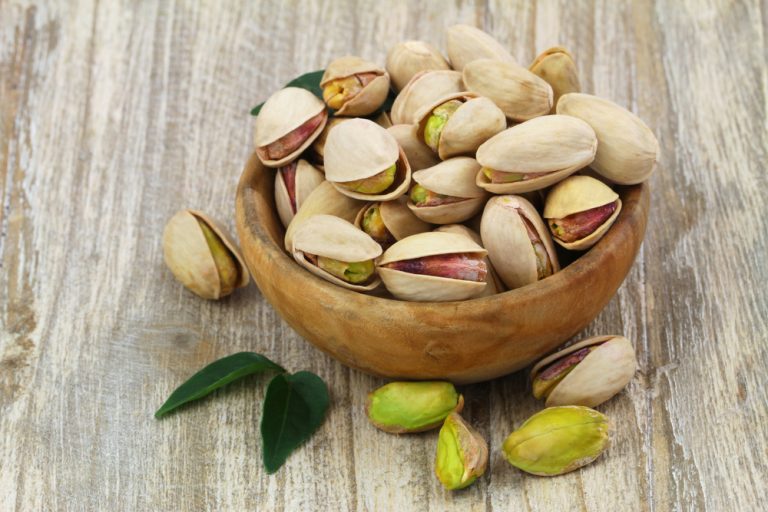 Pistachio Nuts are nuts that contain the highest amount of lutein and zeaxanthin, along with Vitamin E which is another potent anti-oxidant. Plus, the unsaturated fats found in these nuts promote absorption of the carotenoids anti-oxidants, in a similar manner to olive oil.

Cruciferous vegetables are rich in fiber and numerous phytocompounds which reduce the impact of oxidation damage on the eyes. In addition, broccoli is rich in vitamin B2 (riboflavin) which reduces inflammation as a result of light damage. A deficiency of dietary B2 increase light sensitivity and has a role in cataract development. 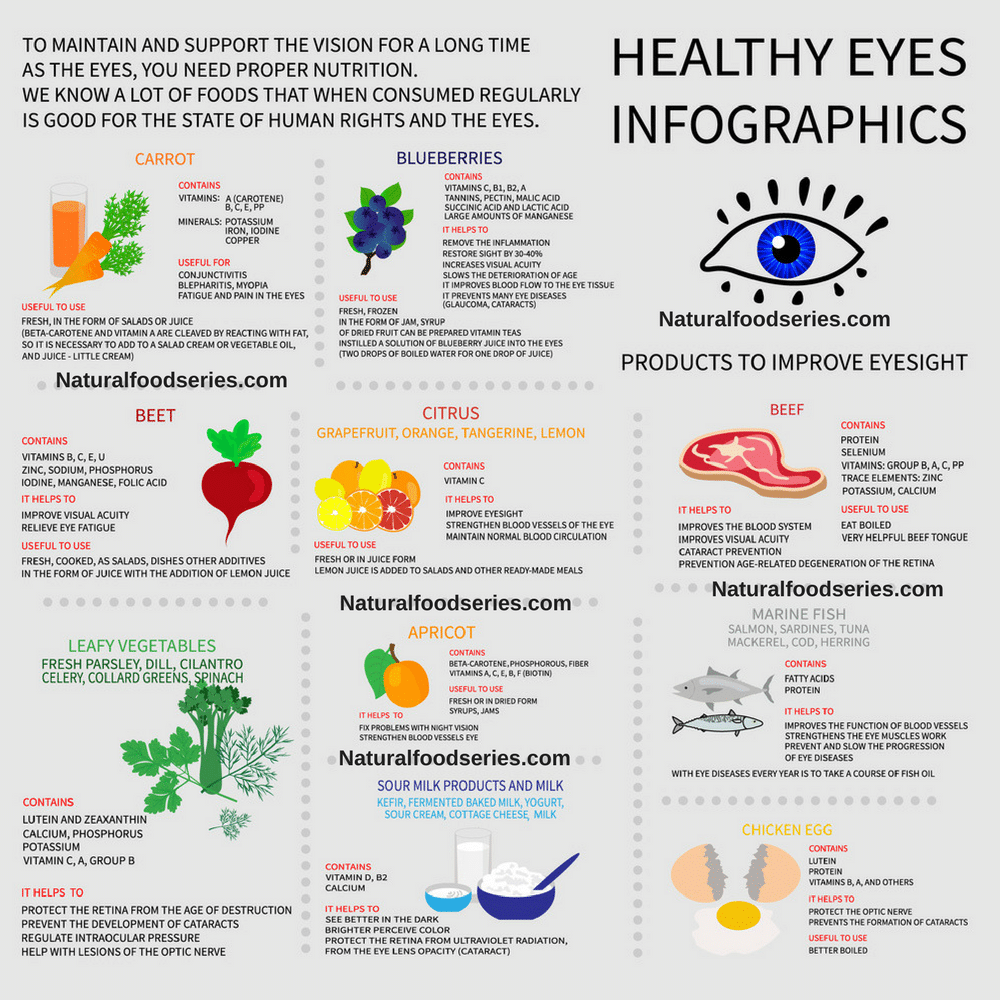