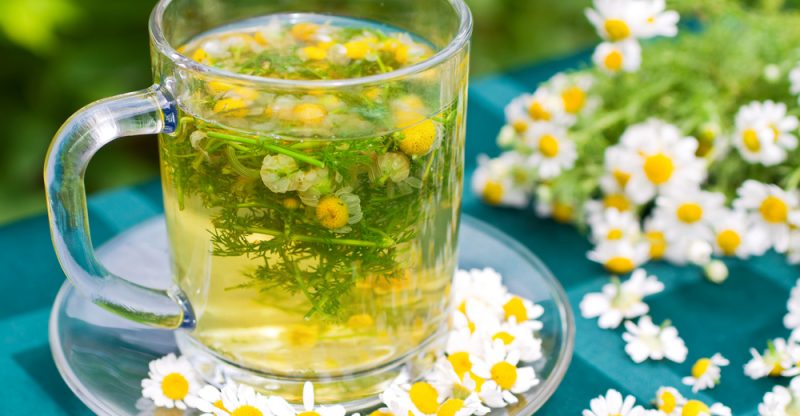 Records of chamomile tea consumption dates back as far as centuries, thanks to its versatility and smooth taste. In fact, when one thinks of soothing teas, chamomile is likely to be the first one that comes to mind, promoting a sense of tranquility and peace.

But as it turns out rest and relaxation is not all that chamomile has going on for it, as it possesses many other beneficial health effects which could be of benefit to you. 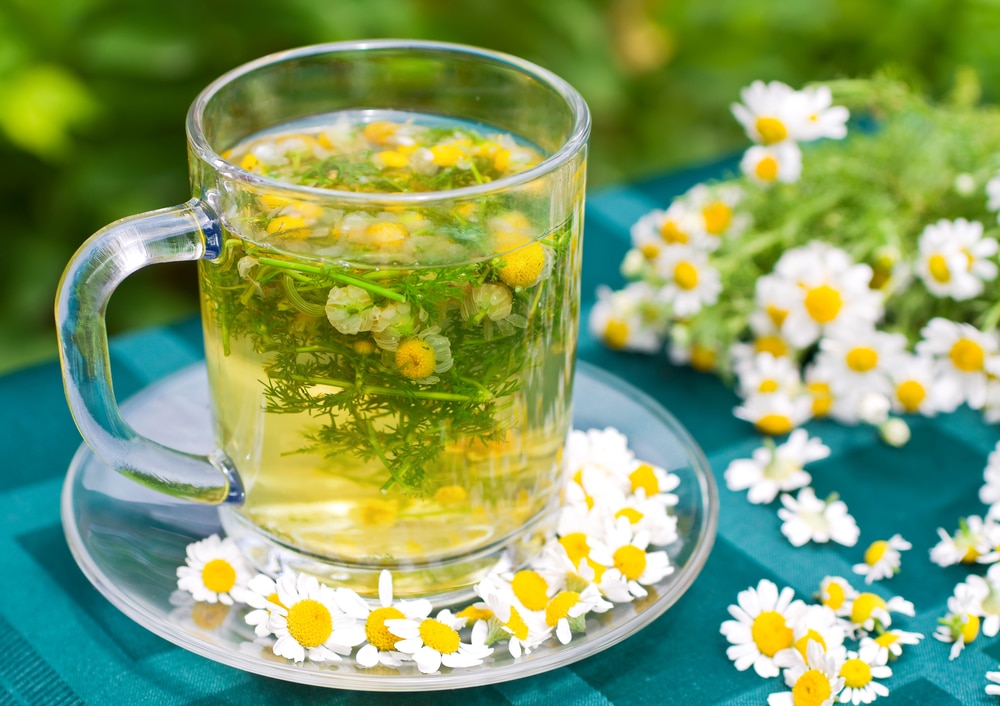 A woman’s menstrual period is one of the most uncomfortable times for her, characterized by bloating, cramps, irritability and more. Often, true relief is far off as not much help with these symptoms, but chamomile tea can be of some assistance. Chamomile tea possesses anti-spasmodic properties, which can relieve the painful cramps associated with the menstrual periods. Chamomile tea also helps relieve stomach and intestinal cramps, caused by bloating or indigestion. Some over the counter cramp remedies also include chamomile as an ingredient, although the tea is an effective and soothing remedy.

Millions of people around the world turn to sedatives in an attempt to sleep, but usually these medications are rife with side effects that make their regular consumption troublesome. In addition, many of these medications are habit forming, in the sense that prolonged usage leads to changes in the brain that foster addiction and dependence. Without them, sleep becomes a tough task. Enter chamomile tea, a safe, all-natural remedy that has the mechanism of action at the same receptor site that many of these medications. The result? Induction of sleep but without the changes that cause dependence and tolerance as the prescription medications. Sleep quality is also substantially better than when using sedatives, as the individual experiences restorative deep wave sleep.

3. Manage Symptoms of Anxiety And Depression

Chamomile tea is well established for its relaxant effects, making its use for sleep very popular, but it can also help to relieve anxiety and depression. A compound named apigenin found in chamomile tea helps reduce the impact of excitatory neurotransmitter and hormones on the mind and body, helping to soother the over firing sympathetic nervous system. Chamomile tea also helps modulate the actions of dopamine and serotonin, helping to offset or at least reduce the impact of depressive symptoms.

The health of your teeth and gums can tell a lot about our overall health, as the mouth cans serve as a gateway to the blood stream. Thus, inflamed, or infected gums and unhealthy teeth make it easy for bacteria to enter the blood stream and wreak havoc on the body. These bacteria are implicated in serious conditions such as heart disease, and can decrease overall immunity as a result. Chamomile tea possesses antibacterial properties which reduce bacterial colonies in the mouth that may deteriorate health. Just lightly swish the tea around your mouth before drinking for added benefit. Chamomile tea can also help ease discomfort associated with cancer sores or tooth aches, making it an all-round oral health superstar!

In addition to alleviating the added threat of bacterial heart disease, chamomile tea is also rich in flavonoids which are beneficial to the health of the heart. This protective effect was greatest in elderly individuals, where it was found to have a strong correlation with reduced mortality from heart related complications.

Stress is a cumulative beast, getting worse each day that goes by without relief. Often, it is not difficult to resolve, as some good rest will often reset your body and help normalize hormone levels. But sometimes, getting that actual sleep can be difficult. For one reason or another, but frequently also as a result of adrenalin’s stimulatory effect, sleep does not come naturally- the urge is just not there. Chamomile makes it easy to sleep, reducing your stress load in the process. GABA levels rise, and cortisol is pushed down as the body recognizes that there is no active threat to our survival.

Free radical damage is the number one contributor to premature aging of the skin, normally brought on by UV damage and a poor diet loaded with pro-inflammatory processed food. Chamomile tea with its generous anti-oxidant content helps buffer the effects of increased oxidation, as it can help stabilize the dangerous free radicals. Drinking anything with more water is also extremely helpful, as your skin needs adequate hydration to look radiantly young.

A large part of chamomile tea’s immune boosting effects is due to its anti-bacterial properties, but is also does far more. For one, by reducing oxidative stress load, the immune system is not recruited as often to destroy cells that undergo pre-cancerous changes. Plus, the many phenolic and flavonoid compounds found in chamomile tea also help stimulate the action of leukocytes and T-cells, which are some of the body’s first line defense against infection and danger. This makes chamomile tea especially attractive in immunocompromised individuals who need to make every effort to boost the immune system.

This one is actually a catch 22, as it will work in some people but not in others. You see, chamomile is closely related to daisies or chrysanthemums, which are allergens to some people, but not to others. Chamomile tea can help reduce allergic sensitivities in persons who do not have an inherent allergy to these families, so that you are better equipped to deal with allergy symptoms when it comes around. These allergens could include dust, pollen, mites or even peanuts, as the way it works is to reduce recruitment of antibodies to these substances when we come in contact with them, along with reduced histamine response.

If you suffer from chronic inflammatory conditions, such as arthritis or IBS, chamomile tea can help you out. Apart from reducing the inflammatory response of the immune system, chamomile tea also works to reduce the sensation of pain by inhibiting the COX enzyme. This enzyme promotes synthesis of pro-inflammatory compounds such as prostaglandins and is one way in which popular NSAID pain killers work. It is important that you get to the root cause of the swelling if you can, as suppressing inflammation and pain is just a short term fix for your condition.

11. Promotes Overall Health Of Your Skin

We briefly mentioned how chamomile tea can reduce signs of premature aging, but its benefits on skin extend far beyond that.  Chamomile tea contains essential oils which penetrate the lipid layers of the skin easily where they reinforce its structural integrity so that moisture is kept within the skin. Chamomile tea has been consumed, and applied to skin as well since ancient times, helping manage acne breakouts, skin ulcers and wounds, along with burns and abscesses.