What is Rhubarb Juice?

A lot of the people who use Rhubarb considered it a fruit but considering its botanical classification; it is a vegetable. The structure of rhubarb is a long pink leaf stalk which is sour. Rhubarb usually grows in cold climates. Places like Siberia, Mongolia, Tibet Western China, and other areas situated nearby these are home to Rhubarb. Rhubarb is also known aspie plant. It tastes rather sour and earthy because of its association with buckwheat.

Rhubarb is available in the market in frozen or canned form, but it is not edible when it is raw. Its consumption can be made possible by either cooking it or taking its juice out. Usually, the juice of rhubarb is not tasty enough to be consumed in isolation, better mix some other juice to compliment with its sour flavor. The juice of rhubarb is very good for health as it contains essential minerals like phosphorus, potassium, sodium, zinc, and copper.

It also has copious amounts of vitamin B complex. The most important benefit of rhubarb juice is that it is beneficial in improving and enhancing digestive health. It is ideal for consumption if you have a sedentary lifestyle that prevents your digestive system from proper working, or therefore causes constipation. Rhubarb has certain properties- which will be discussed in detail ahead in the article- that naturally help the digestive and intestinal systems to function optimally.

Only the stalks of rhubarb are edible. Make sure that the leaves are not eaten or consumed in any way because they are highly poisonous.

Half a cup of diced rhubarb consists of:

Little amounts of Vitamin C, K, A and calcium

Rhubarb is enriched with many nutrients and vitamins. Its benefits are endless but 11 of the most amazing health benefits of rhubarb are as follows:

1. Decrease the Incidence of Alzheimer’s Disease

Rhubarb has copious amounts of vitamin K which is considered to be very essential for brain development. Its main function is to prevent neuronal damage that happens in the brain due to Alzheimer’s disease which is a type of dementia that occurs in aging. Consuming rhubarb juice everyday not only delays but might also altogether prevent the onset of Alzheimer’s disease.

Abundance of anti-oxidants present in rhubarb fights with the presence of free radicals in the body and eliminates them. Sagging skin and wrinkles are cured by the presence of vitamin C in rhubarb, thereby delaying the process of aging and also preventing from premature aging.

Rhubarb promotes optimal circulation of blood in the body. Its anti-inflammatory properties help heal injuries faster and reduce the pain caused by them. It also reduces other causes of inflammation in the body and prevents from a number of diseases such as ulcers.

Due to its abundance with calcium, rhubarb juice is an ideal tonic to strengthen bones and sustain their strength. Rhubarb stalk is also enriched with vitamin K which is considered to be a very important vitamin for bone development. People with osteoporosis and other bone-related disorders can draw great benefits by consuming rhubarb juice.

Due to low levels of sodium and saturated fats in rhubarb, it is considered ideal for lowering down the levels of cholesterol. Low cholesterol prevents a lot of heat-related diseases and ensures optimal heart health. Chances of coronary artery disease, myocardial infarction, cardiac arrest and stroke are reduced to minimal by regularly consuming rhubarb juice. Low cholesterol levels also prevent the blockages in arteries, and veins which in itself is very important for proper heart and entire cardiovascular functioning.

Anthraquinone is a compound which has laxative properties. It prevents the stool from getting hard and eases the process of defecation. Ultimately, the intestines easily waste off the excrement. The root and stem of rhubarb is enriched with this compound therefore it helps a great deal in easing the digestion process and enables the intestines to work properly.

The digestion related benefits for rhubarb have also been mentioned above in the article because rhubarb juice has certain other vitamins and nutrients that clear the digestive tract and the presence of antioxidants in it prevent from any digestion related disorder. Rhubarb juice is also very beneficial when consumed in digestion-related diseases such as diarrhea.

The astringent properties of rhubarb juice make it the best tonic for enhancing the digestive health. A wide range of benefits can be extracted from these properties including improvement in peristaltic movements, prevention from intestinal issues, and easing chronic constipation. Overall digestive health is significantly improved as a result of consuming rhubarb juice regularly.

It might come as a surprise that centuries’ old Tibetan and Chinese traditional medicine include rhubarb as a curing herb for various ailments. Due to its anti-tumor properties, along with copious amounts of aloe-emodin and rhein, rhubarb helps combat tumor cells in the body. Rhubarb juice is highly beneficial when consumed by patients with gastric cancer because of its amazing medicinal properties for digestive health. Research has also shown that rhubarb juice consumption provides faster recovery from post-surgery.

A compound present in rhubarb juice called stilbenoid has been found to be highly beneficial in reducing the spiked blood sugar levels, thereby curing diabetes and related issues. More research about rhubarb’s medicinal properties in curing, preventing and delaying the onset of diabetes is yet to be done but stilbenoid is expected to  remain important in performing all of these functions effectively too.

Vitamin C is considered to be an essential nutrient in boosting the immunological health by strengthening leukocytes. Rhubarb juice contains great amounts of vitamin C and therefore is highly important for enhancing immune system functioning.

Rhubarb juice also contains an abundance of vitamin A which is a very important vitamin for eye health. It improves vision and prevents eyes from various kinds of eye-related diseases.

The list of benefits above is not at all exhaustive, and as mentioned above, rhubarb juice has a lot more benefits than those described above. Some of the benefits are yet to be discovered by modern science and research. Therefore, consumption of rhubarb juice amalgamated with other healthy natural juices is highly recommended if you wish to improve your digestive, heart, eye, liver  (because of its enrichment with vitamin B), immunological, gut and overall health. 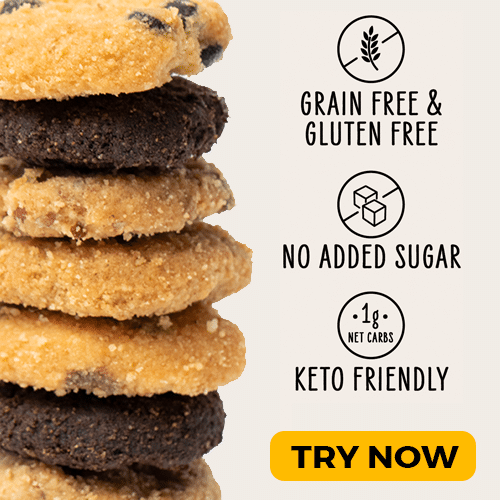