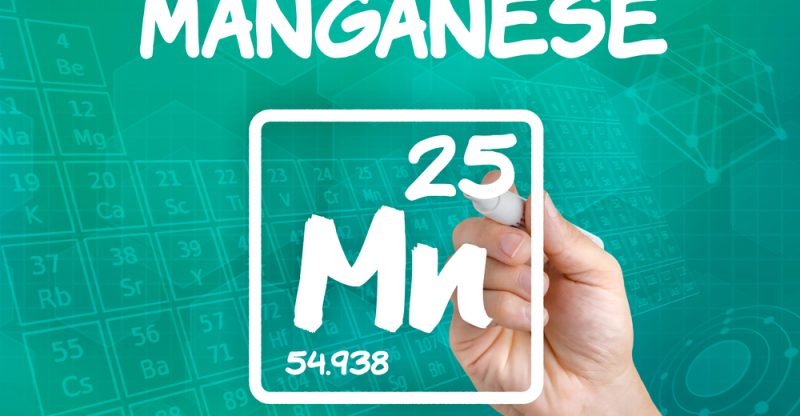 Manganese is a naturally occurring mineral that is present in our bodies in little amounts. It is an actual component of manganese superoxide dismutase enzyme and functions as a powerful antioxidant to neutralize free radicals in the human body.

It is essential for healthy functioning of the brain and is a natural remedy to relieve many types of nervous disorders. This positive effect is likely due to the presence of superoxide dismutase, which abolishes free radicals throughout the body as well as the neural pathways.

Although manganese deficiency is rare, it can lead to serious consequences including weakened reproductive function. It also leads to an impaired metabolism and reduced bone density.

Manganese is widely distributed in several types of foods. It is generously found in vegetables, bran, beans, grain products and certain fruits. However, dairy products and meat contain little amounts of manganese. 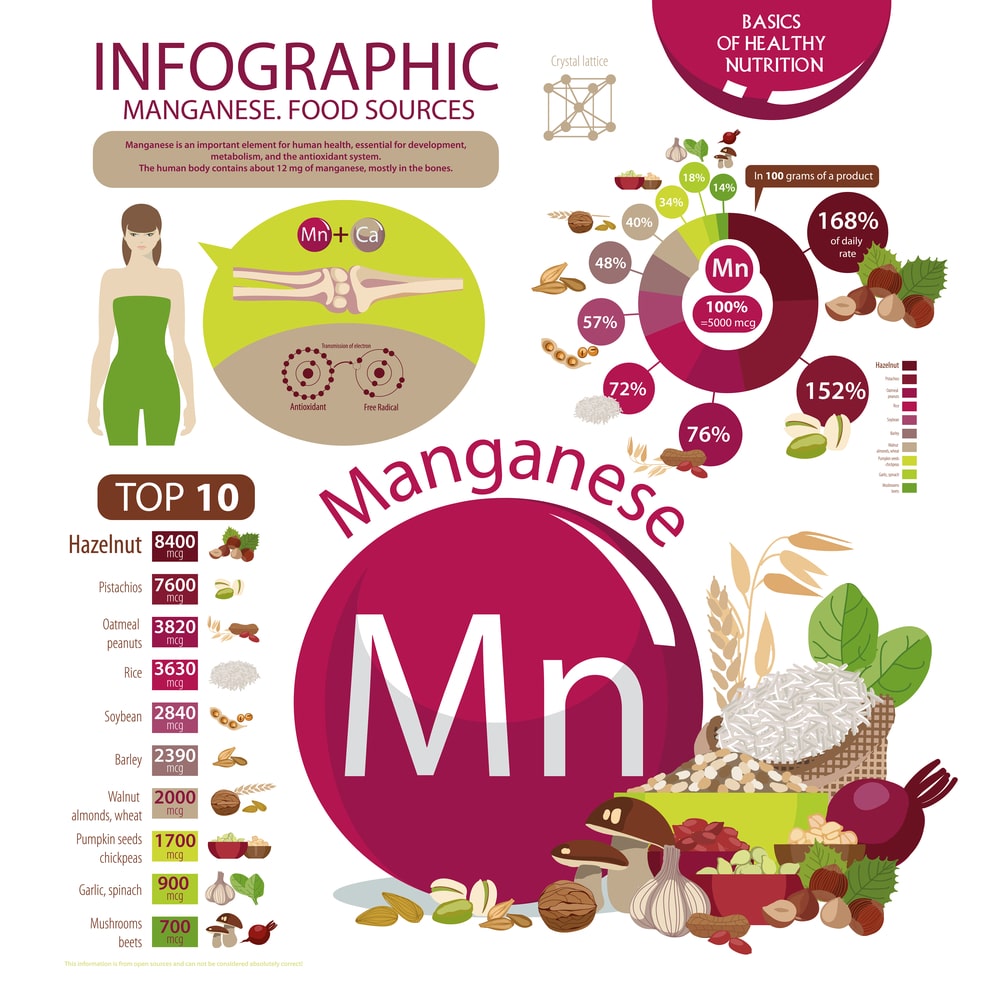 Researchers discovered in the 1930’s that are that our bodies need little amounts of dietary manganese every day. Since then, it has been evaluated that every adult has almost 15-20 mg of manganese stored in his body. Manganese is found in the kidneys, liver, bones and pancreas. It plays a valuable role in the formation of bones, sex hormones, connective tissues and blood clotting factors.

One of the best ways to include manganese in our diet is to consume a plant-based diet. Manganese content of foods remains stable as long as you store them appropriately for the recommended time period.

Here are 11 incredible benefits of manganese.

Manganese is crucial for promoting good bone health. Being an effective mineral that increases the density of spinal bone; it is highly beneficial for post-menopausal women. Hence, women who are experiencing menopausal symptoms should consume manganese to prevent bone damage in later years of their life.

The mineral is also known to delay the progression of osteoporosis. However, more research is required to establish a definite link between manganese consumption and osteoporosis prevention.

Manganese plays a significant role in controlling the blood sugar level in human body. This may further prevent the onset of many medical conditions such as diabetes. Manganese normalizes insulin secretion and synthesis to manage unpredictable drops in blood sugar. Hence, manganese enriched foods are recommended to diabetes patients maintaining their blood sugar.

Another remarkable function of manganese is that it boosts the body’s metabolism. Thanks to manganese-activated enzymes, we can successfully maintain our cholesterol level. It also helps the liver to function smoothly.

Since manganese has impressive antioxidant capabilities, it is particularly important in monitoring the activity of free radicals, which damage human cells. Not just that, this activity may also lead to other complications such as many forms of cancer. Adding manages to your diet makes sure you are protected against many kinds of infections and diseases.

Manganese serves as a natural remedy to alleviate many uncomfortable symptoms of PMS. Research shows that there is a clear connection between low levels of several trace minerals, such as manganese, in females who experience severe PMS symptoms. Hence, supplementation is recommended.

However, the impact of manganese on the hormonal function of every individual may vary. This is why it is important to ask your doctor before using a manganese supplementation to help with PMS.

Not many people know that epileptic seizures are sometimes triggered by low levels of manganese. Although, the exact mechanism that prevents seizures is not fully discovered; thousands of people have benefitted from manganese, which acts as vasodilator to prevent future epileptic episodes.

This mineral is an important co-factor for several different enzymes. It is also an important component of thyroxin and maintains proper functioning of the thyroid gland.

This is why it assists in many medical conditions that are connected to thyroid including metabolism, appetite, weight loss and organ efficiency.

Manganese assists in absorbing many vitamins such as Vitamin E and vitamin B as well as minerals including magnesium. This is because manganese plays a crucial role in the enzymatic reactions that are involved in utilizing and absorbing vitamins taken in from our diet.

Being one of the most versatile co-factors for enzymatic reactions, we should benefit from as many sources of manganese as possible to accomplish a multitude of benefits.

Another remarkable advantage of this mineral is that it promotes good digestion. Since it relieves quite a few disorders such as bowel discomfort and constipation; consuming manganese offers several impressive benefits to maintain a good digestive health. The mineral is also beneficial for efficient food utilization.

We should be careful while consuming manganese since it is one of the only three toxic trace mineral in the body. This implies that we cannot have too much or too little of manganese.

Both the deficiency and excess of manganese can lead to many serious medical conditions, some of which are life-threatening. Its overdose leads to symptoms that are similar to the Parkinson’s disease. Moreover, people who suffer from liver conditions must take care while using manganese. If the liver has trouble getting rid of it, it can lead to mental disorders and psychosis. It is important to ask your doctor to recommend you a supplement with the correct dosage.