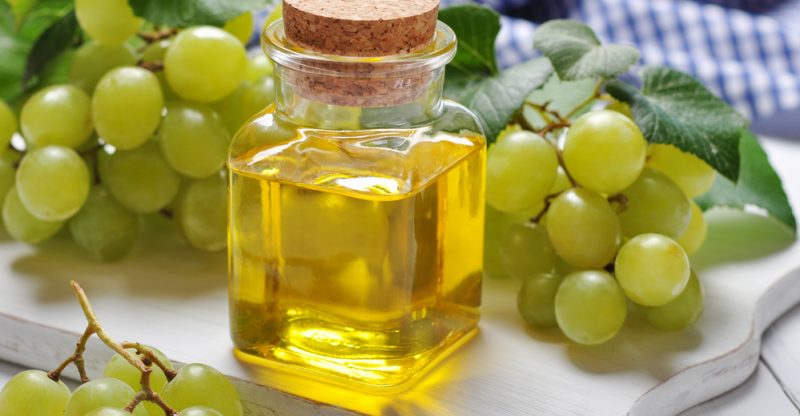 When is the last time you had a good serving of grape seeds? If you’re like the vast majority of people, you toss out the seeds of these grapes without giving a second thought. Seeds are useless after all right? Not necessarily, and in the case of grapeseed oil, which is extracted from the- you guessed it, seeds of grapes, there are benefits that you are probably missing out on.

Typically, grapeseed oil has two broad categories of use- either culinary, or cosmetic. Regardless of the type you use (either food grade or not), grapeseed can likely benefit you in some manner or the other. Just in case you are wondering how grapeseed oil can be of benefit to you, consider using it to help with any of the following: 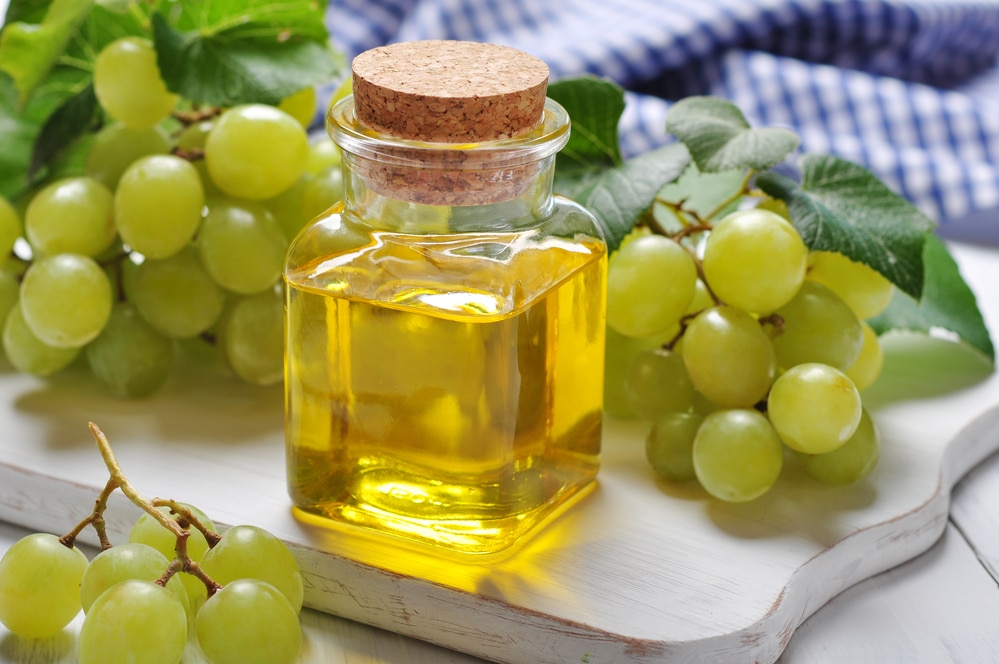 If you are genetically predisposed to hypertension, or have risk factors that border on pre-hypertension, you need to make changes to prevent it from becoming a fixture in your life. Grapeseed oil is nutritionally dense, possessing various phenolic compounds, as well as omega-6 fatty acids. While omega-6 fatty acids have gotten a bad rapport from the public, as they are typically regarded as pro-inflammatory, not all of them are bad, nor should the importance of them be discounted. It is merely a case of getting too much of a good thing- which is what we suffer from. In this case, the beneficial fatty acid is gamma-linoleic acid (GLA), which has anti-inflammatory effects and can prevent blood vessels from undergoing negative changes to their structure.

Blood vessel changes account for a significant proportion of resistant hypertension, as many medications do not address this aspect of blood pressure management. Consumption of food grade grapeseed oil can definitely help you in this department.

While many foods that boost the immune system do so by virtue of their vitamin C levels, grapeseed oil instead relies on its generous amount of Vitamin E. a single teaspoon serving of grapeseed extract supplies about 33% of the RDI of this vitamin, which is about double that supplies by an equivalent amount of olive oil. Vitamin E has its own unique roles in immunity, as it stimulates the production on Natural killer cells, and B-cells, which help to mediate the response to bacterial infections.

Alzheimer’s disease is a progressive degenerative brain disease with no known cures, but you can minimize your risk of developing it with smart lifestyle changes and diet. Grapeseed oil has marked anti-inflammatory properties which help to offset accumulation of proteins in the brain that precipitate the disease. Among these proteins is beta-amyloid, which is found in extensive amounts in the brain.  To date, these studies have been confirmed using rodents, but needs conclusive testing in humans to draw a positive conclusion.

4. Application To Wounds Speeds Up Healing

While grapeseed is known for its benefits when consumed, it does come with a fair share of benefits when applies topically as well. In this case, to open wounds. Grapeseed oil was found to promote healing of damaged vascular structures, and to have a free radical generating ability to destroy bacteria which may compromise healing and recovery. The good news is that these effects have been observed in human studies, and with its low risk of adverse effects when applies topically, you can feel free to try it and see if it speeds up your wound healing.

5. Can Improve Your Cholesterol Profile

Grapeseed oil is rich in polyunsaturated fatty acids (PUFAs), which have an excellent effect on reducing high cholesterol levels, but also because of the presence of proanthocyanins. PUFAs actively reduce cholesterol levels especially triglycerides and LDL, while the proanthocyanins help reduce oxidation of LDL, which promotes the accumulation of atherosclerotic plaques on blood vessel walls.

6. Reduces Swelling From A Variety Of Causes

Swelling may be the result of an inflammatory process at play, or sometimes it can occur due to abnormal fluid retention. Luckily, grapeseed oil can help mitigate swelling of both origins. For one, in cases of venous insufficiency (when blood pools in extremities because of poor return flow), grapeseed oil can help reduce edema of the legs, and improve venous return. Also, grapeseed oil works wonderfully to alleviate swelling that has an immune component, such as in arthritis conditions, or pro-inflammatory skin disorders.

Testosterone is one of the most important sex hormones, being especially important in men. It is present in women in well, and plays an important role in regulation of estrogen synthesis and sexual health. However, the utility of grapeseed oil is most appreciated in men, as it possesses an anti-aromatase action. Aromatase is the enzyme that converts testosterone into estrogen in men, which is a normal, but often times undesirable process. This is especially true in obese men, who have higher conversions and lower than normal testosterone values. Regular consumption of grapeseed oil can prevent much of this hormonal conversion, allowing more testosterone to fulfill its physiological functions which trickle down into many beneficial aspects of men’s health.

While there are tons of hair moisturizers out there, ranging from olive oil to coconut oil and more, grapeseed oil is different in this aspect because it is actually much lighter. This means that your head will not feel greasy. Plus, its generous vitamin E and linoleic acid content nourishes hair and protects it from excessive UV damage.

The number one factor promoting cancer development is poor lifestyle choices. This includes consuming a highly processed foods diet which promotes free radical damage and inflammation, causing cellular mutations to occur with increased frequency. Grapeseed oil, thanks to its high levels of anti-inflammatory compounds, such as vitamin E and linoleic acid, reduce these damaging processes that promote cancer and help eliminate early state cellular mutations that may proceed to cancerous changes.

Grapeseed oil is fast catching on for its ability to reduce scarring. Grapeseed oil contains very good amounts of Vitamin E, but also has Vitamin C and Vitamin D, which all work together to reduce visible skin damage. Vitamin C also stimulates collagen production, when is an integral protein to help skin retain its youthful vigor and appearance.

11. Treat Acne And Remnants Of Acne

Treating acute acne is difficult enough, but then many people are left with scarring for life to remind them of their constant struggle with it. Grapeseed oil has astringent properties which close up pores, reduces the appearance of scars, and can actively reduce pimples and inflamed areas of the skin. Some modern acne preparations make use of grapeseed oil as an ingredient, simply because it works!

Grapeseed oil is an extremely versatile oil that you may have never considered for use before. However, ignoring it now that you know all that is has to offer would be a mistake. Be sure to take advantage of all grapeseed oil has to offer!