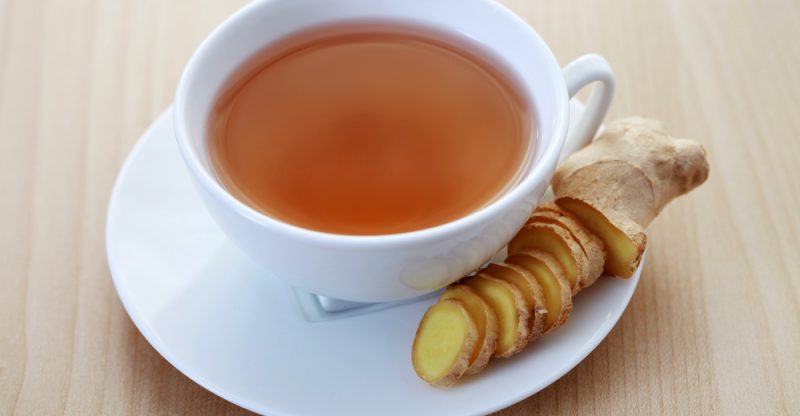 As you were growing up, chances are that ginger and ginger tea was a staple in your household. This was even truer if you grew up in the countryside, where traditional remedies abounded for every possible ailment. When it comes to ginger tea, however, many of its claims are true, and have today been backed up by science. Through the centuries ginger has proven itself time and time again, and will likely continue to do so. Interested in learning some new ways ginger tea can benefit your health? Let’s check them out

Ginger tea is used as a traditional remedy to treat nausea, motion sickness and vomiting in many countries and for good reason; it works. Studies conducted on the use of ginger tea were able to confirm that it decreases both nausea and vomiting that occur frequently in pregnant women, with the additional benefit that it is safe for use throughout pregnancy. But that’s not all researchers have also found that Ginger is effective in reducing, as it can also manage nausea and vomiting associated with the use of chemotherapy drugs. If you can’t stand the sedating effect of many common over-the-counter medications to treat vomiting and nausea, Ginger tea can make a great option for you. For added effect, you could even try adding some lemon or mint to your tea for greater nausea suppression.

Ginger tea has also been used centuries as a traditional remedy to boost the immune system thanks to its antihistamine and antibacterial properties as well.

Ginger contains many compounds which can help the buffer effect of free radicals, decrease inflammatory responses and reduce your risk of developing serious chronic disease. Not forgetting the fact that ginger has anti-bacterial properties which can help to protect against serious infections as well.

As we age, our brain is subject to natural degradation which cannot be avoided. However, the effect of oxidation can accelerate this and is even associated with more serious brain conditions such as Alzheimer’s and Parkinson’s both of which are neurodegenerative and cannot be stopped.

A better solution? decrease the likelihood of them developing in the first place.

Studies published using ginger tea have found that after consumption of just 2 consecutive months, cognitive function was maintained far greater in people that consume compared to those that did not, and also the fact that ginger helped to protect the brain against damage and promoted memory.

Even though these studies were conducted on rodents, there is a high correlation that the same would be obtained in humans.

While it is established that ginger has anti-inflammatory properties, it is also starting to be known that it can help you relieve pain as well. Consumption of as little as one cup of ginger tea per day can help to reduce muscle pain, menstrual pain or joint pain associated with arthritis.

While it cannot be said that Ginger is superior to the prescription pain medications, it is undoubtedly safer on the stomach and overall health in the long run. If you need a break from the harsh side effects of typical pain medications, or just looking for milder relief, Ginger is a far better option for you

Ginger has been used for centuries to help treat indigestion or bloating associated with consumption of certain foods. However, it can do much more than that as it can also help prevent and treat stomach ulcers, even though many people believe that Ginger actually worsens indigestion but this is not the case.

Ginger also exerts a protective effect in the stomach of those who use prescription pain medications often, as they have a higher risk of developing stomach ulcers that normal people.

Ginger is known as a thermic food since following its consumption body temperature increases- but its use in weight loss extends far beyond this alone. Studies have found that ginger promotes fat breakdown and prevents subsequent storage of new fat while blocking fat absorption from dietary food and suppressing appetite. Observations have concluded that people who consume more ginger have a smaller waist and lower body mass index (BMI).

Cholesterol has gained an unfairly negative reputation in the past few years, even though an excess is truly bad. More specifically, are the LDL and triglycerides lipid levels, which are more likely to have a negative impact on your overall cardiovascular health. Consumption of ginger tea has been shown to lower both LDL and triglycerides levels which in turn decrease your risk of heart disease and strokes. Regular consumption of ginger tea can also help you to keep your blood pressure under control.

Ginger tea is frequently used when we are sick thanks to its stimulating effect on the immune system, controlling bacterial growth, and also not to forget its ability to clear mucus from the lungs. Many natural expectorant cough preparations use ginger as an ingredient owing to its efficacy and safety profile.

Though you are unlikely to think of ginger when in a bad mood or feeling stressed, it is actually very effective in soothing you and can even help to initiate sleep. Ginger is believed to have a suppressing effect on cortisol and a stimulating effect on serotonin, providing a perfect scenario for you to be relieved and get restful sleep.

Whether you are diabetic or not, you should be concerned with your blood glucose levels, as adverse effects are possible even with a transient elevation in these levels. Owing to the obesity epidemic, more and more people are being diagnosed as diabetic every day, making it important that you control your blood sugar levels.

Luckily, ginger tea can help. Long-term studies of ginger tea drinkers have found that they exert as much as 50% improved blood glucose levels when compared with people who do not drink ginger tea. What is even more interesting is the fact that people who regularly drink ginger tea also have better insulin tolerance and can clear glucose much more efficiently from the blood. If you possess a family history of diabetes, drinking ginger tea can be one of the best things you do to safeguard your health.

11. Functions As An Emmenagogue

An emmenagogue is any substance which helps to stimulate uterine contractions and clear the body of the dead cells lining the uterus and associated blood (collectively known as a menstrual discharge). While these substances are not needed by every woman, tea such as Ginger can be extremely beneficial to women who suffer from extended bleeding time and very painful menstrual periods. The faster the dead cell lining the uterus is passed, the sooner can a woman resume or normal daily functions, and will in the process minimize the pain felt.

The utility of ginger root made into tea will continue to remain for centuries to come, thanks to its marvelous benefits on health as well as its margin of safety. The only word of caution when consuming a lot of ginger tea is to use discretion if you are using prescription medications that improve circulation, such as aspirin since ginger can also thin your blood.

Consult your physician if you are in doubt to guarantee your safety.