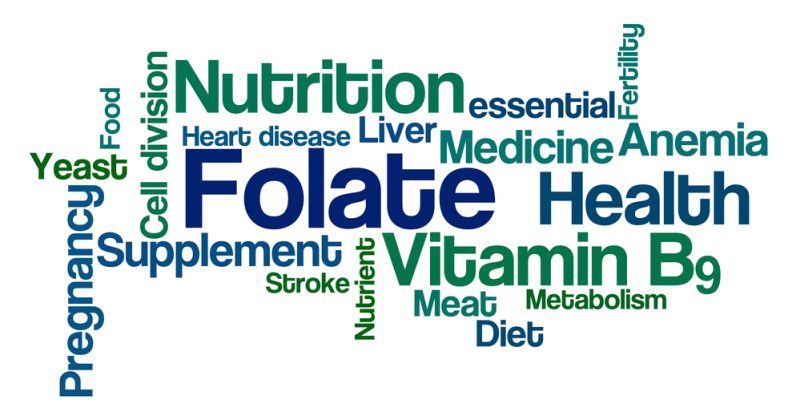 When it comes to folate and folic acid, the names are tossed around interchangeably. And while it is generally ok, it is important that you understand the differences between the two. Folate and folic acid are both forms of Vitamin B9, which are essential for health. However, folate is natural B9, obtained from a variety of foods. Folic acid, on the other hand, is a synthetic version if this vitamin, which is not exactly the same thing as folate. Regardless, it is important you get some form of B9 in your diet, although folate would be the superior option. Folate consumption is absolutely necessary for health and optimal functioning of your body. 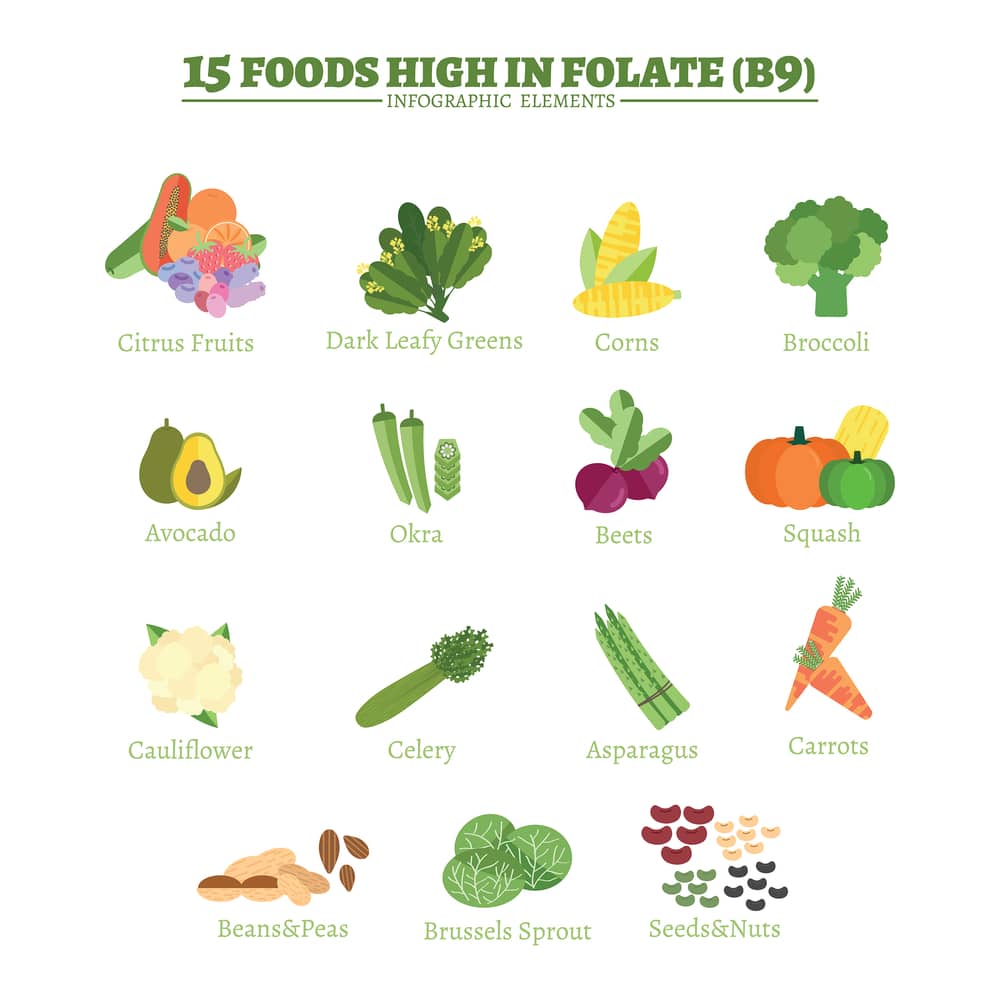 Heart disease is a complex disorder encompassing numerous variables and factors that all play a different role on development. Among these causes, is elevated levels of a protein known as homocysteine, which makes blood vessels inflexible and resistant to change. This can worsen hypertension, and significantly increase the risk of coronary artery disease or suffering strokes. Folate is converted into a metabolite tetrahydrofolate, which breaks down homocysteine into the beneficial protein methionine. Methionine, in stark contrast to homocysteine, promotes heart health.

2. Promotes Health And Function Of The Brain

Even in the womb, folate plays an important role in the normal development of the brain. Our requirement for it does not decrease as we age, but rather increased. Individuals with low blood levels of folate shown strong correlations to symptoms of depression, epilepsy, cognitive decline and even psychiatric conditions. The part of the brain that fosters memory and learning is also affects, resulting in poor brain function. Once again, these adverse effects can be attributed to the protein homocysteine, which has a toxic and inflammatory effects of neurons in the brain, and can contribute to development of the dreaded neurodegenerative diseases such as Parkinson’s and Alzheimer’s.

Consumption of folate is associated with reduced oxidative damage to the brain cells, and improved brain performance, especially as you age or when mild impairment is already evident.

The two most important neurotransmitters that control our mood and motivation are dopamine and serotonin, whose levels may become altered due to a combination of external and individual factors. When this happens, the result is usually some manifestation of depressive illness, or loss of motivation and pleasure with life. One of these causes is low folate levels, since this vitamin is involves in the synthesis of both serotonin and dopamine. Increased folate consumption not only increases production, but also stimulates the serotonin receptors in the brain and can enhance the action of medication used to treat depression.

Preserving the function of our mental faculties is important to slowing down premature aging, but folate does much more than that. For example, it also reduces oxidative stress on the body, which can bring about rapid aging, and has been found in studies conducted using roundworms to actually prolong their lifespan. Owing to the fact that humans are exposed to vastly differing circumstances, studies to confirm this is difficult, but nevertheless its beneficial effects contribute to our health.

Pregnancy is a true miracle. To imagine you can grow another human being is marvelous, but also a time when things can go wrong. Luckily, consumption of folate has been shown to be extremely beneficial during this time, reducing the likelihood of neural tube defects, which include defects such as spina bifida. In addition, if consumed regularly before conception, many other risks are also minimized, including defects such as cleft lips, heart defects and more. Folate also helps to ensure you carry to full term (reduced risk of premature delivery) and improves birth weight of the fetus. Be sure to get copious green veggies which are rich in folate, and consume a general multivitamin to safeguard your unborn child.

6. Reduces The Risk Of Cancer Development

In order for the cycle of cancer development to start, something needs to be triggered that causes a single cell (or small cluster of cells) to begin growing non-stop. Often, inadvertent damage to DNA results in defects in gene expression, which can result in abnormal mutations of cells. These mutations are generally harmless, but once in a while a mutation occurs that is significant to start the cascade towards cancer. But, like anything that seems too good to be true, this claim comes with caveats. For example, you should preferentially consume folate, instead of folic acid. Plus, this effect does not hold true if pre-cancerous changes have already occurred, as it may even accelerate the cancer in such cases. There appears to be a dose-related effect, so just don’t overdo it and you should be fine.

The liver processes numerous toxins on a daily basis, and in the process may become damaged. This effect is worsened in alcoholics, when oxidative damage increases and levels of powerful anti-oxidants glutathione and methionine are depleted. Folate lends itself to maintaining health levels of these two anti-oxidants, promoting detoxification of the liver and going as far as counteracting the harmful effect that alcohol has on the liver.

8. Help Manage Kidney Disease and Its Effects On The Body

Kidney disease leading up to kidney failure is hard to manage, even with the use of medication. It was found that folate consumption in combination with popular treatments for kidney disease slowed down progression of the disease, and minimizes its manifestations on organs such as the heart.

Even though the big four of calcium, zinc, magnesium and Vitamin D cannot have their important understated, many people do not considered folate important or necessary to bone health. Deficiency has, however, been linked to decreased bone density and increased risk of fractures. Folate suppression bone resorption when consumed in conjunction to a bone friendly diet.

Normally, as we age T-cell function decreases and as this occurs immunity weakens. It’s deficiency has been observed to result in worsening of immune suppression, with individuals actively consuming folate reporting increased resistance to disease. This can also be attributed to folate’s anti-oxidant abilities which reduce the strain on the immune system.

Fertility issues can be difficult to treat in both genders, but luckily folate can help. In women, folate consumption is associated with increased fertilization rates, improved released of eggs from the ovaries and increased likelihood of carrying a baby to full term in women predisposed to miscarriages. In men, joint consumption of folate with zinc can result in an increase of more than 70% to sperm density per ml of semen. The ratio of abnormally shaped sperm is also far less, reducing the likelihood of a congenital defect occurring.