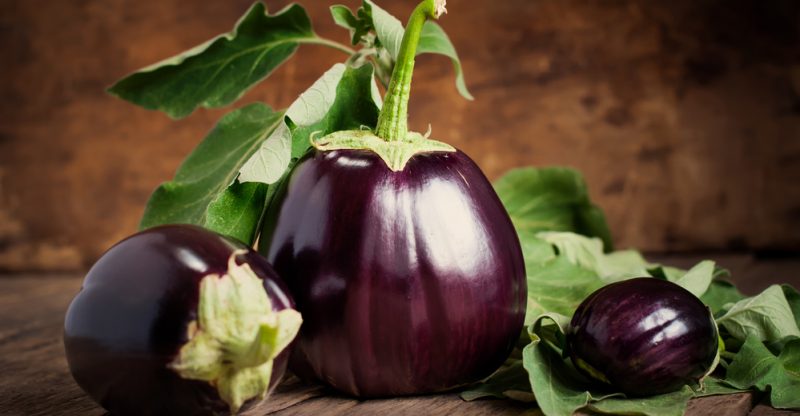 When is the last time you had some eggplant? Chances are not recently, as it is considered a delicacy and unorthodox vegetables by many people. However, the eggplant is actually a fruit, known in some places as an aubergine. Though most people assume eggplants with being synonymous with a purple color and a shape resembling an egg (an oval shape), they can actually range in color from black, to orange and even white.

Each variety still possesses the core health benefits of the family, although the purple ones are said to have the most health benefits due to their anthocyanin content (which is found especially concentrated in purple colored foods). It is best to select smaller eggplant with a uniform shape, as larger ones tend to be bitter.

Finally, even though eggplant is consumed raw in many parts of the world, this does not mean that you must also have it that way. There is a growing body of evidence that proves many more compounds are released following the application of heat, meaning that you can and should prepare it in a way that you enjoy. 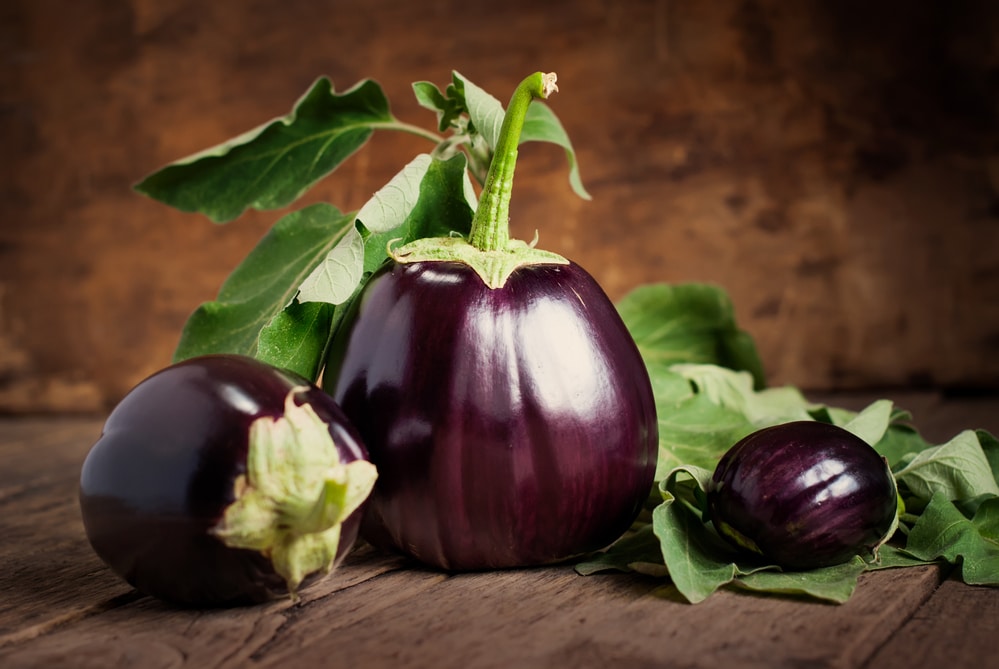 While virtually all fruits and vegetables help in some way to prevent cancer, it is refreshing to come across one that acts by a slightly different mechanism. While still relying on anti-oxidants for this effect, eggplants make use of one named nasunin, which does more than prevent oxidation to cells.

Nasunin also helps cells to make better use of nutrients, avoiding malabsorption, as well as actively helping to transport waste out of cells. Waste should be removed in as timely a manner as possible, since their function is over and retention only leads to disease and ill health. This expedited removal of waste from cells is seen as a novel mechanism in helping to prevent cancer development.

Good digestion is important for ensuring that your body is able to receive the nutrients it requires, while also promoting removal of waste via feces. However, many people struggle with optimal digestive health simply because they eat a diet that is composed primarily of processed food. Processed food is typically very low in fiber, and may be dehydrated to make it stable for months before consumption.

Eggplant is an excellent source of fiber, helping you meet your daily requirements as well as naturally having a high amount of water. Fiber and water is arguably the most important two factors for maintaining digestive health, and coupled with eggplant’s unique anti-oxidant nasunin, digestion should be taken to a new level. Have eggplant at least once a week as part of a healthy diet plan.

Diabetics are faced with the challenge of finding suitable foods to eat that won’t spike blood sugar levels too high, but at this same time does not taste like cardboard. This is a sticking point, and explaining why many diabetics make poor dietary choices and worsen the outcome of their condition. The key is to choose foods which are not only filling, but low in calories and overall sugar.

Eggplant fits this role quite nicely. A 100g serving of cooked eggplant (excluding additional ingredients) yields just over 30calories but is extremely rich in fiber. Fiber stabilizes blood sugar levels so that just a bit enters the blood stream at any given time, allowing insulin to not become overwhelmed and to do a better job. Diabetics often suffer from insulin resistance as well, characterized by insulin’s inability to do its job.

In a manner similar to how it helps control blood sugar levels, eggplant is also able to assist with your weight loss efforts. Fiber has a suppressing effect on appetite, as it slows absorption of sugar into the blood stream and easily bulks the volume of food consumed. This is partially since fiber holds water, which gives the impression that your meal is larger than it really is. Blood sugar crashes are also a major contributor to hunger pangs and cravings, which is the number one reason weight loss diets fail. Control this, and the end goal is almost in sight!

If you suffer from high blood pressure (hypertension), eggplant consumption may be the little boost you need to get it in hand. The anthocyanins found in eggplant have been found to have a significant effect in reducing blood pressure, by various mechanism but including maintaining blood vessel health. Inflexibility of blood vessels contributes greatly to high blood pressure as they do not relax sufficiently when blood volume transiently increases, putting the walls under increasingly higher pressure. Managing blood pressure also translates well for reducing stroke risk, and lowering the chance of developing a heart attack.

Manganese is an important micro mineral that helps retain optimal nerve function and conductivity. Deficiency in manganese can result in neuro-muscular disorders, so it is important you ensure you always top up with this rare nutrient.

Traditionally in India, eggplant is soaked in water and then drank, as it was believed to have cholesterol lowering effects. Turns out this effect was true, as it has been found to help remove cholesterol circulating in blood and attached to blood vessel walls. Deposits of cholesterol on the walls of blood vessels reduces the vessel diameter and makes it more likely that you will experience a stroke or heart attack.

Iron is one of those things which we need, just not too much of it. Excessive iron can have very adverse effects on health ranging from increased oxidation of cells, to heart disease and cancer, which is why a failsafe mechanism to remove it is a good idea. Eggplant possessing a “chelating” effect, which is the ability to bind iron and remove it from the body.

In addition to arteries and veins, we have tiny vessels known as capillaries, which are those that connect to organs themselves. Arteries and veins are much larger and would be unable to supply blood to the microstructures found in organs. Eggplant consumption prevents excessive bleeding from capillaries, but work to improve their structural strength.

10. Beneficial To The Eyes

The carotenoid compounds are well known for their effects on promoting eye health, however, anthocyanins found in eggplant also shows extreme potential. Regular consumption of eggplant is associated with reduced pressure inside the eyes, and offers some protection against cataract development. Consumed post-surgery, eggplant helps to recover vision faster than if not used.

11. Reduces Your Susceptibility To Allergies

Eggplant itself belongs to the nightshade family, which is notorious for high allergic potential. However, eggplant itself is relatively hypo-allergenic, being able to reduce your response to other allergens as well. This is believed to be sure to the presence of the compound chlorogenic acid, and also to its immune boosting effects.