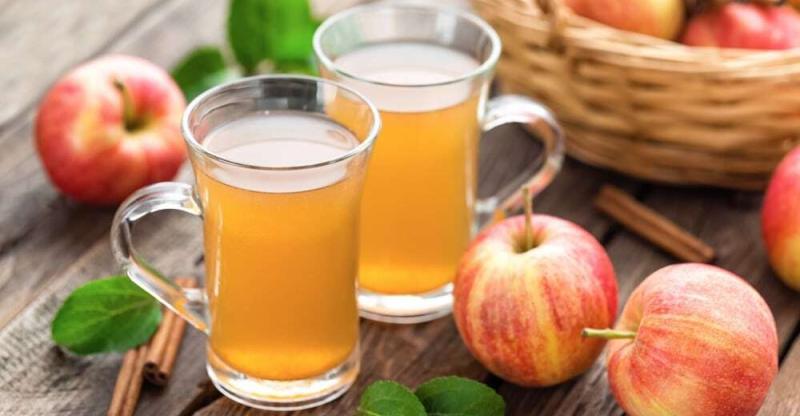 Apple juice is a favorite throughout many parts of the world, but with its consumption comes many health benefits associated with eating the whole apples themselves! You can expect to notice better digestion and energy levels, along with several other significant effects on your wellbeing.

If eating one apple a day can help to keep the doctor away, imagine what you can experience from drinking juice that requires several of them!

Apples come in an assortment of sizes and colors such as red, green or yellow, but they are all extremely tasty and nutrient dense. Apples are born e by trees belonging to the family Malus, and were originally native to parts of Central America but are now grown in many temperate and subtropical regions around the world.

To make apple juice you can do it the old fashion way- by coring, deseeding and then adding apples to boiling water and letting it turn to a pile of mush, followed by filtering/sieving to collect all the liquid.

Or, you can simply blend thoroughly and consume it that way (though technically it is more of a smoothie) 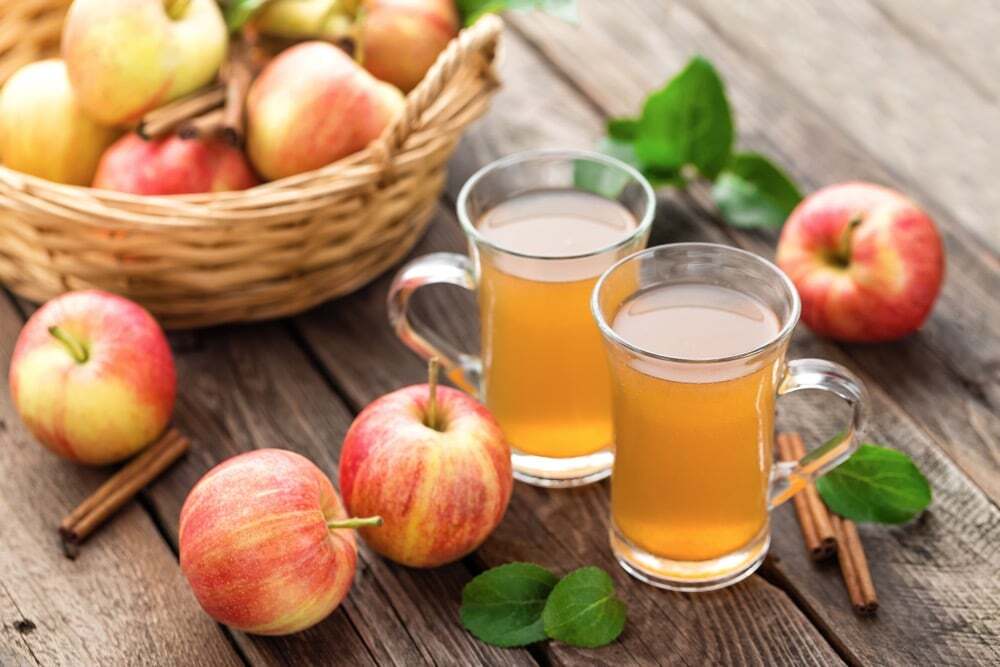 Apple juice is an easy way of getting more vitamin C into your diet, and can be considered better than eating a mere apple daily simply because you are likely drinking many apples at any one time. Apple juice might be especially effective for people suffering from asthma or chronic conditions such as emphysema or COPD.

Give it a shot- apple juice is your ticket to better breathing.

Apple juice is a good source of the important electrolyte mineral potassium, which plays an important role in regulating and controlling blood pressure. Diets that are low in this mineral play an important part in the development of hypertension.

Potassium also assists with regulation of electrolyte and fluid balance which influence the total blood volume and likelihood of high blood pressure occurring. Apple juice can be considered your natural blood pressure remedy.

Loss of cognitive function is natural as we age, but with it comes a slew of complications that makes aging not always pleasant. Apple juice may help to alleviate this loss of brain power because of the presence of numerous antioxidant and polyphenolic compounds that prevent damage to cells.

Even in people with preexisting neurodegenerative disorders apple juice was able to deliver an improvement in symptoms, which gives great initiative for you to start drinking more.

Apple juice may or may not retain its fiber content depending on the method of preparation, but it can help prevent constipation by several other ways. For example, apple juice is extremely hydrating. Dehydration and the lack of adequate water consumption is one of the major contributing factors that cause constipation in the first place. In addition to this, apple juice contains a natural sugar-based laxative by the name of sorbitol, which draws water into the colon and helps prevent excessive removal of water from stool. Apple juice can even help to treat cases where constipation is already present.

Apple juice is very beneficial for helping to maintain moisture balance of your skin and is frequently used as a natural home remedy for dealing with various skin issues including eczema, inflammatory skin conditions caused by drying out or sunburn which causes cracking and painful areas of sensitivity.

It is even reported to be able to reduce the appearance of wrinkles as its deeply hydrating properties along with the presence of vitamin C helps to stimulate collagen synthesis that smooths out wrinkles and fine lines.

Even though apples are not the best when it comes to their vitamin A content, the juice helps improve the amount delivered since you are effectively consuming more than a singular Apple. The vitamin A obtained from the juice can help improve your night vision and reduce the likelihood of you developing disorders of the eye.

The kidneys are responsible for filtering blood and removing water-based waste materials and excessive minerals that may be present. An abundance of certain minerals, especially sodium, tends to reduce kidney output and can in turn increase the likelihood of kidney stones forming from residue that has been retained. Apple juice possesses mild diuretic properties that can facilitate flushing of the kidneys to decrease the likelihood of stones accumulating. Apple juice is also used as an effective traditional remedy for dealing with urinary tract infections and kidney infections by helping to alkalize the pH of urine and making it inhospitable to bacterial growth.

It is unclear exactly how apple juice helps to boost your metabolism, but time after time it has been found that people who consume large amounts of apple juice or apples are rewarded with reduced body fat levels, along with better management of blood cholesterol and glucose as well. It is believed that by helping to prevent the markers of metabolic disease and associated metabolic disturbances that occur, apple juice indirectly helps to sustain a healthy metabolism. Apples, and to a lesser extent apple juice, also helps suppress appetite which might be another contributory factor.

Apple juice helps to benefit the health of your heart in several ways, such as by reducing blood pressure, helping to control inflammatory processes and also by positively benefiting your cholesterol levels. The pectin found in apples helps to remove cholesterol from circulation where it is then excreted in bile. As the cycle is repeated enough times a significant improvement in cholesterol can be observed. This in turn helps to reduce the likelihood of fatty deposits lining your blood vessels and contributing to heart attacks.

Prevention of cancer is not an absolute science. It often requires a concerted effort on many fronts, including antioxidant support. Apples are rich in antioxidants and various phytocompounds which help to reduce inflammatory and oxidative damage on cells. In addition to this, by helping to promote the speedy exit of waste from the body, the time it spends in contact with healthy cells is reduced. Apple juice is also believed to have a protective effect on healthy cells which help prevent cancerous changes.

Among the many phytonutrients found in apples are phytoestrogens, plant based compounds which resemble the natural hormone estrogen. These phytoestrogens can help to alleviate the symptoms of menopause caused by a sharp decline in the level of natural estrogen production in women. Apple juice is also considered a far safer alternative to hormone replacement therapy which can come with several undesirable side effects.

You probably loved apple juice of the child, but somewhere along the line you might have stopped drinking it because you thought it was high in sugar. Turns out that it isn’t that bad, and is set to have positive effects on your health if you drink more of it. Don’t miss out on what it can do for you.