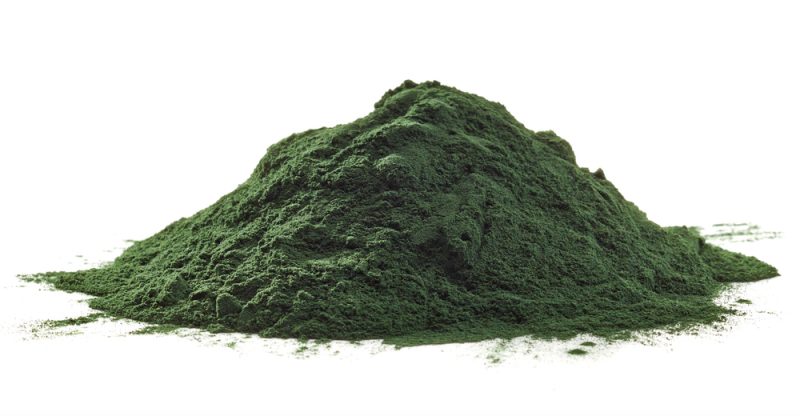 Spirulina is a dark blue-green alga that has been touted as one of the most potent and protective “superfoods” in existence. It is often used as a supplement to the diets of both omnivores and vegetarians/vegans due to the well-researched and diverse health benefits. 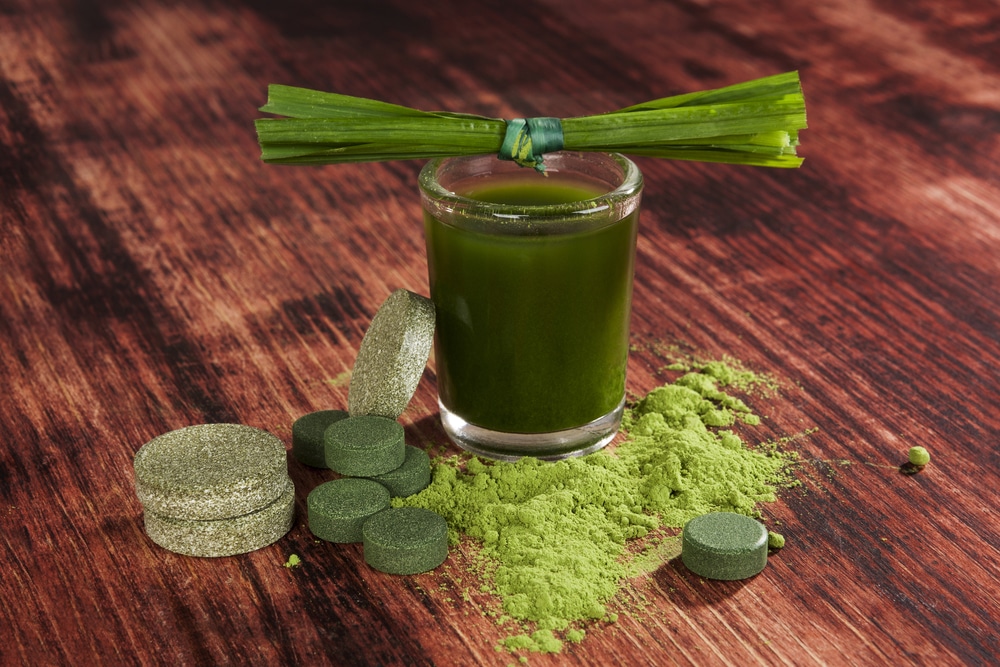 1. Spirulina is Rich in Protein

By weight, Spirulina has a high protein content. Spirulina is primarily constituted by a protein called C-Phycocyanin – a protein that tends to bunch together and is named after the dark blue-green of the algae. It is found in. Spirulina can be anywhere between 50 and 70% protein, meaning that it is an incredibly good source of protein relative to its weight. Whilst it may not make for a particularly high-protein snack or supplement (due to how much we would have to consume), it is incredibly calorie-sparse and those calories it does have are mostly from protein.

A high protein content encourages weight loss, muscle tissue development and the recovery of damaged tissues after exercise [1]. Aside from the wealth of other benefits mentioned below, this makes spirulina supplementation an excellent choice for those who are attempting to watch their weight.

Spirulina, as with many other deep green vegetables (e.g. Kale, spinach, seaweed), is a great food for the combating of oxidative stress. Those who regularly partake in sustained, intense exercise (such as those who run long-distance) will produce a huge amount of oxidative stress and free radicals, which are associated with the development of cancer and other negative health effects [2].

The phytochemicals and proteins contained in Spirulina may also be beneficial for inflammation: preliminary studies have shown that some populations (primarily males) can achieve positive changes by consuming supplemental quantities of Spirulina [3]. Inflammatory changes can be profoundly effective in the maintenance of health and reducing negative physiological processes (such as inflammation of the intestines or joints, more specifically). This contributes to overall health.

Whilst the scientific evidence is still thin on the ground, there are some preliminary data to suggest that spirulina has a positive effect on blood glucose [4], primarily due to mild, but significant, improvements in the insulin sensitivity of test subjects [5].

Among those who are overweight, obese or struggling with the effects of metabolic syndrome, spirulina supplementation has been noted to have significant effects on the levels of blood triglycerides and cholesterols [3, 4]. These changes are associated with reduced risk of poor blood health, improved cardiovascular health and protective effects on cardiovascular disease – the number 1 cause of mortality in many economically-developed countries.

Supplementary intakes of spirulina have been reported to increase the power [6] and endurance [2, 7] of the muscles. The main benefits that were noted were acute increase in maximum force output (greater strength in the short-term), prevention of fatigue (increased time-to-failure in aerobic exercises such as running) and muscle recovery after exercise.

Liver health is incredibly important – the liver is responsible for the development of a variety of the essential nutrients and chemicals that keep the body functioning and facilitate overall health and metabolism. Alcohol, poor diet, smoking, steroid abuse, prescription medicines and a variety of other environmental factors can place our liver at a severe risk – this, in turn, can have very severe implications for health and wellbeing.

It has been shown to preferentially improve the health of the liver, especially in conditions where individuals suffer from conditions such as “fatty liver” – a condition where fat is deposited into the liver tissue. This condition negatively effects the performance and localized-health of the liver. The supplementation of spirulina was incredibly effective in a number of case studies associated with this condition and, whilst we are still waiting for larger studies to verify the specific effects, the other positive effects and lack of side effects (generally) make spirulina a very promising dietary intervention for fatty liver [8].

Additionally, several other studies mentioned so far have shown preliminary evidence that spirulina has a general benefit to the liver enzyme activity in health individuals, as well as those struggling with fatty liver disease [3, 8].

Adding spirulina to the diet – either as a food or as a supplement – has been noted to improve the activity and effectiveness of some important cells in the immune system. Studies show that Natural Killer Cells (those which find and destroy cell tumours, linked to the early stages of cancer) are markedly improved through the supplementation of spirulina [9]. Additionally, there are some early studies suggesting that defence against viral infections may be assisted through Spirulina supplementation [10]. Immune function is yet another incredible benefit from a food that is so easily added into the diet!

Aside from the increase immunity provided to microbial infection and cell tumors, Spirulina is associated with improvements in the symptoms experienced by those who are prone to allergic reactions to a variety of stimuli [11]. The study focuses on allergic responses through the nose and sinus, but these are very common symptoms across a variety of common allergies (such as hayfever) and can have a large potential benefit, especially with further study.

One of the most interesting and least predictable effects associated with the consumption of spirulina is that it genuinely detoxifies! Whilst there are many supplements on the market that claim to detoxify, there are very few that actually do this – Spirulina and the active ingredient C-Phycocyanin have been shown to reduce the effects of various actual toxins, whilst also improving immune function and organ health. Consuming C-Phycocyanin in the form of spirulina has actually been shown to reduce the effects of arsenic poisoning [12].

Whilst many foods have been labelled “superfoods”, we believe that spirulina has genuinely earned this title. As a foodstuff that is beneficial to vegans as much as omnivores, it is a fantastic supplement for the sake of general health and the protection of the body – both internal and external – and is very easily added to the diet. Spirulina can be bought inexpensively in tablet-form or as a powder for mixing into liquids. Either way, we believe this is one of the best dietary supplements.