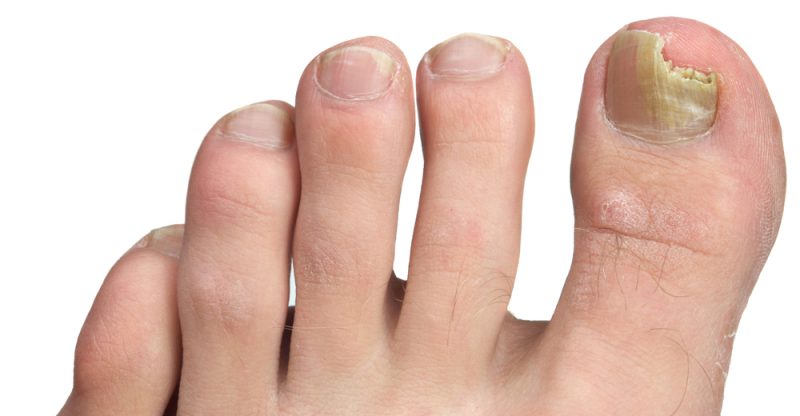 Toenail infections can be extremely embarrassing to say the least, causing you to have great apprehension about going shoeless when that time comes. Could you imagine trying to be intimate and having that embarrassing secret become a major source of discussion? Caused by the annoying fungi tinea unguium, this organism is highly resistant to immune system suppression.

What are you likely to do in turn? You may invest quite a pretty penny in commercial preparations, which won’t even necessarily address a condition. Many home remedies share quite similar properties to over-the-counter toenail fungus preparations, so do yourself a favor and save some money.

You may have many of these home remedies lying about your pantry right now, so trying them won’t result in out-of-pocket costs. Here are some great home remedies to treat that annoying toenail fungus:

Known chemically as sodium bicarbonate, the impressive repertoire of baking soda’s benefits make it puzzling why more people aren’t taking advantage of it.

Baking soda is especially effective against a variety of fungal infections, owing to the fact that it is classified as a basic substance, and alkaline forming in the body. What does this mean? In particular, fungal infections thrive under acidic pH conditions. Many of the things we do and consume daily favor shifting of the body’s acid-base balance in the direction of acidity, making it more likely that fungal infections develop.

A teaspoon of baking soda consumed daily in water is a great insurance policy for preventing fungal infections, and can even remedy several types if already present. In the case of a toenail fungus, in addition to consuming baking soda you should also make use of a feet soak or paste.

By dissolving a little bit of baking soda in a small volume of water, make it into a thick paste with the consistency of toothpaste. Then, apply liberally around the nail and nail bed, especially before bed.

You can also use a warm water foot soak by dissolving a tablespoon of baking soda in a liter of water and soaking your feet for at least 15 minutes. Daily use is encouraged.

Tea tree oil exerts great antimicrobial properties, helping to treat fungal and bacterial infections. You may have even heard of or tried tea tree oil for management of dandruff yourself, as it has established itself as one of the best remedies for treatment of various mycoses.

There are now specialized toenail lacquer preparations that include tea tree oil for application to fungal toenail infections, which is capable of exhibiting anti-fungal potential comparable to one of the most well accepted synthetic anti-fungal preparations, clotrimazole.

In addition to being a tasty herb, oregano, in its essential oil form is also extremely effective as an antibacterial and anti-fungal agent.

This is in large part attributed to the presence of the compound thymol which exhibits fungicidal action on toenail onchomycoses. It is best applied daily to the affected nails using a swab.

Considered the OG Apple cider vinegar, many of the attributes of ACV is actually attributed to the acetic acid component. In the case of white vinegar, however, you will not be consuming it but rather making it into a foot soak.

Add one part vinegar to two parts water and soak your feet in for a period of 20 minutes daily. Vinegar may not be an effective standalone remedy, but when combined with baking soda and other oral home remedies, can bring about complete resolution.

Most well-known for its soothing and relaxing properties, Lavender oil is also effective in treating mild toenail fungus.

What this means is given that your toenail fungus doesn’t affect several of your nails, it is quite capable of effectively treating the condition.

To use, apply topically and around the nail bed before going to sleep. It’s a good idea to also apply in between toes, as the fungi can also live at locations outside of the actual nail.

You know it’s only a matter of time before apple cider vinegar appeared on this list, but how exactly does ACV help treat a toenail fungus? In a manner similar to baking soda, its action is attributed to the alkaline forming potential of the liquid when ingested.

By restoring the body’s natural pH, which is neutral to slightly alkaline, fungal organisms find it harder to proliferate. If you find it hard to down a shot of ACV as is, feel free to add some water and honey to improve the palatability.

ACV is best used daily, in conjunction with topical preparations for complete eradication.

Love it or hate it, garlic can be considered a superfood, having the potential to treat fungal infections of the toenail. The best way to use it is to consume more in your diet, but since we know that there is only so much garlic you can consume in a given day, it may be more practical to add a standardized garlic supplement to your regimen.

Some people also squeeze garlic cloves and apply it locally to the toenail, though it doesn’t seem to exert any additional benefit that way.

The best known mentholated rub would be Vicks VapoRub, even though there are several other types that also exist. The efficacy of this product lies in the presence of eucalyptus essential oil, menthol and also camphor, which work synergistically on fungi.

The natural ointment form of these preparations also improve the penetration through the skin and soles of the feet, and make it resistant to removal by moisture. If you don’t have such a rub handy, you can make your own with the ingredients listed above.

A study was actually conducted investigating the potential of these mentholated rubs for treating toenail fungus, the results of which indicated an approximately 25% success rate. Not the best, but still decent considering the fact that many topical prescription medications only achieve at best 30% success rate.

Unknown to most people, this remedy is frequently used in Mexican traditional medicine where it has been used successfully for centuries to treat various types of skin infections, more specifically tinea infections that affect the toenails.

It is believed to have a potency comparable to prescription medication used for treatment of toenail fungi, making it particularly attractive for people that prefer a more natural approach.

Extracted from the peel of citrus fruits (but especially oranges, hence the name), this oil is effective in management of toenail fungal infections though it is not the strongest remedy on this list. It is important to mix it with a carrier to dilute its corrosive nature and to test for allergies as quite a number of people show allergenicity to the oil.

A toenail fungus can persist for years if left untreated, consistently chipping away at the nail matrix until what remains is a thin shell of brittle tissue. Addressing it as soon as you notice the appearance of discoloration can significantly improve the likelihood of complete resolution, especially when you combine consumption of remedies with topical application.