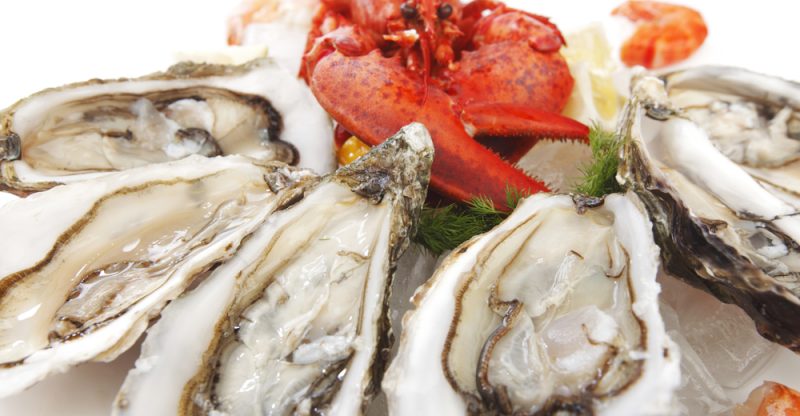 If you’ve ever been pregnant before, you know that this is a period of time rife with strange cravings for the weirdest food combinations. This is fine, to an extent, but can quickly become troublesome when you crave foods which are far less than safe and wholesome for your unborn child.

10 Foods To Avoid During Pregnancy 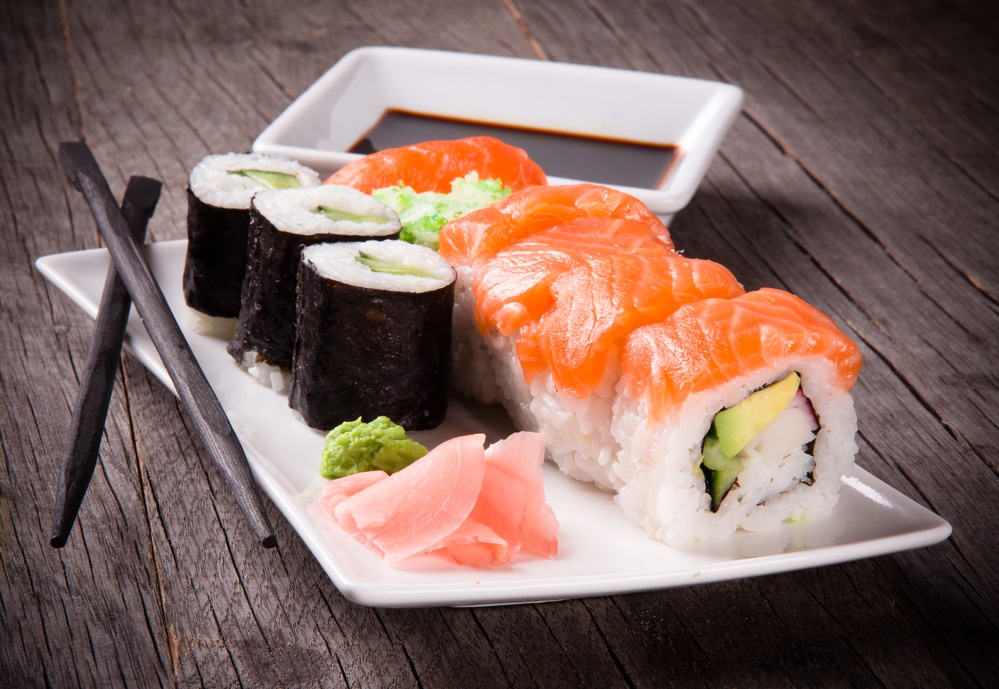 Though alcohol isn’t technically “food” this is one thing that you should avoid like the plague when you are pregnant, in all forms. Studies have found that women who consume alcohol frequently during pregnancy possess increased risk of miscarriages and even stillbirths. Those whose babies make it full-term and are delivered still carry the risk of developing mental deficits as well as various physical deformities.
To be clear, no amount of alcohol is safe during your pregnancy. Even if recipes call for it, be sure to modify it accordingly to exclude alcohol.

While cooked shellfish is extremely safe for consumption during pregnancy, consumption of raw shellfish is absolutely off-limits if you value the successful outcome of your pregnancy. These foods can include clams and mussels, which are the host of many harmful bacterial species that are more than willing to find a new home in your body. While you may get away with this if breastfeeding, it is absolutely contraindicated during pregnancy.

Organ meats, such as those including liver and giblets are a very rich source of nutrients but can be troublesome to the pregnant woman. These organs are rich sources of vitamin A and iron, which in excess can cause danger to the unborn child. The body easily accumulates these nutrients and toxicity is very possible which results in brain damage and developmental disorders in excess.

When it comes to fish there is a point of diminishing returns, but rather where too much offers nothing good, and could just end up causing harm to both you and your baby. Fish accumulate mercury in their bodies which when then consumed by humans transfers its mercury to be stored in their bodies.

Cold water fish or those caught in the deep sea are much more likely to have high mercury levels. Common fish consumed that are high in mercury content includes shark, mackerel, tuna, and swordfish. These fish are still very high in their omega 3 content, which means that you do not want to do away with them completely. A better plan is to limit servings to one or two times per month. This is not to say that all types of fish are high in mercury content, so choosing varieties that are known to be lower in the mercury spectrum is the best plan of action.

It was just mentioned that consuming fish known to contain high levels of mercury is bad for your unborn child, but when compounded with being raw, the risks significantly increase. Raw varieties of fish commonly used in sushi may be hosts to several types of bacteria which can cause serious infections when consumed. These include the ones that cause cholera, listeria and may even contain other parasites.

During pregnancy the mother’s immune system is typically weaker than normal, making it easy for these infections to the hold and compromise the safety of the child. Many of these infections can be passed directly to the placenta even if the mother manages to not show symptoms of an infection. Complications of the pregnancy can include spontaneous miscarriages, stillbirths, and premature deliveries. Raw fish should be avoided completely – no exceptions.

Many women that are into fitness prior to becoming pregnant would routinely consume raw eggs as an added protein boost to help them meet their daily requirements. While the average immune system of an adult strong enough to resist infection, raw eggs may be contaminated with the bacteria salmonella which causes symptoms of food poisoning.

While pregnant, the infection can cause uterine cramps leading to miscarriages or premature labor. The other symptoms characteristic of food poisoning include vomiting and diarrhea and are still likely to occur.
Be sure to always at a minimum like the subject your eggs to steam or better yet, cook thoroughly.

When it comes to coffee there is no clear-cut consensus whether it is safe or unsafe during pregnancy, but there is definitely a correlation between consuming coffee too much and increasing the risk of pregnancy complications.
Caffeine remains one of the most used and potent stimulants available for consumption, easily passing into the placenta.

However, unborn babies do not have the specific enzyme that helps to degrade caffeine, which then leads to an accumulation of it within the placenta. In addition to this, high levels of caffeine during pregnancy are associated with low birth weights and the possibility of deformities happening in utero. Low birth weight, in turn, increases the risk for chronic diseases later in life including heart disease and diabetes.

Milk and cheese that is available for purchase at commercial markets must first make sure that they are free from dangerous pathogens which may cause infection if consumed. Pasteurization is a process of subjecting these foods to heat that help to destroy any harmful bacteria that may be present, but some natural food enthusiasts argue that it removes flavor and important nutrients.
In turn, many may be brainwashed to consume it in its unpasteurized form, which is very dangerous to the health of the unborn child. During pregnancy is not the time to experiment with foods just for the thrill of a new taste. Stick to the pasteurized varieties to ensure the safety of your child.

9. Frozen Meats Directly Out Of The Freezer

While frozen meats may have been subjected to precooking that can make them acceptable for consumption, ideally, you should be reheating (or cooking completely) these foods before consuming them. Unknown to many these frozen types of meat are still considered raw and need to be cooked again before it is safe for consumption. Again, this stems from the fact that the risk of infection with bacteria is high and increases even more when you let the frozen meat defrost at room temperature and then just eat without cooking.

First off, it is important to realize that fruits are important at any point in life. However, during pregnancy you need to actively try to limit consumption of Vitamin C. Fruits such as citrus which have high levels of vitamin C can pose problems if consumed in large amounts, but thankfully toxicity due to this vitamin normally manifests when your daily consumption approaches about 2000mg. it is not unheard of, as strange cravings could make you hit this number quite easily.

Don’t worry; pregnancy doesn’t represent the rest of your life. It is just a brief 9-month phase when you need to be extra careful with all that you eat. After that, breastfeeding is much more forgiving as you can eat many more foods without significant risk to your baby.