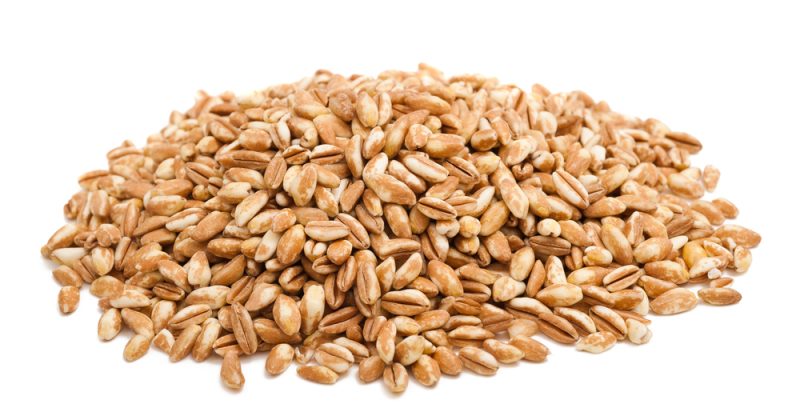 Ask most people today if they’ve ever heard of spelt, and nine out of 10 are likely to answer in the negative. However, spelt appears to be making a glorious renaissance of sorts, regaining popularity especially in health circles all around the world.

But what exactly is spelt? Spelt can best be considered a specialized type of wheat flour, closely related to the wheat that we commonly consume today. Spelt also goes by the names hulled wheat or dinkle wheat and was extremely popular throughout Europe in medieval times.

It appears to have declined in popularity in the 1900s, as more and more people switched to the wheat we know today.

However, it is important to keep in mind the fact that spelt also contains gluten, so if you avoid typical wheat bread because of gluten allergies, you will also need to stay away from spelt. Regardless, it is deemed to be the healthier option and is one you should consider trying if you’re attempting to live a more holistic lifestyle.

Spelt is an excellent source of fiber, protein, manganese, phosphorous, magnesium, zinc, iron and multiple B vitamins which work together to support serious aspects of your health.

Interested to learn more about what spelt can do for you? Let’s check it out. 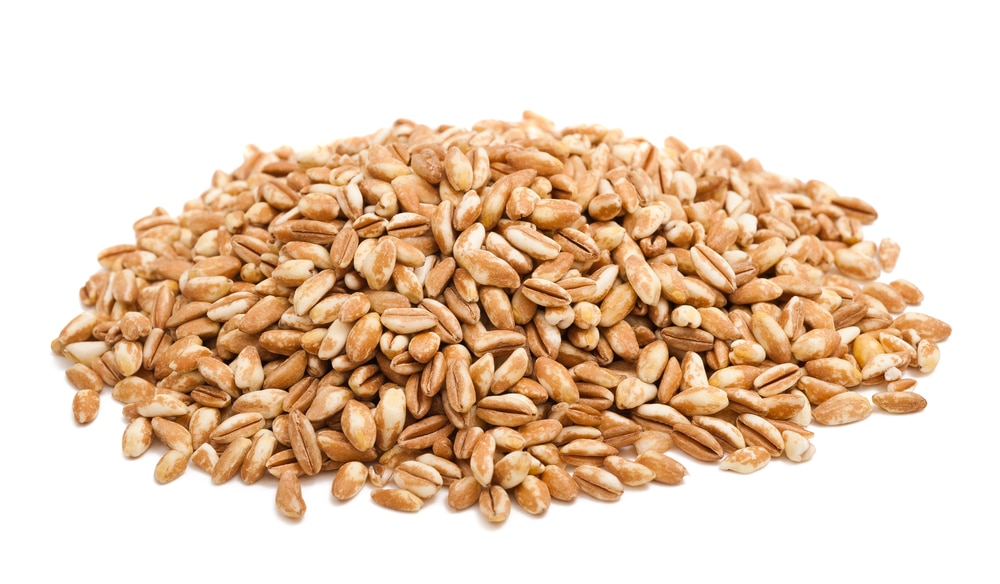 Red blood cells need a range of vitamins and minerals for the production, including iron and copper which is found in generous amounts in spelt. Persons suffering from anemia are unlikely to get this from wheat flour, which is usually bleached and only enriched with a minimal amount of nutrition.

Spelt can thus effectively be used to help treat anemia, or to help anyone desirous of improving their blood cell count. A low blood count is associated with fatigue, lethargy and constant drowsiness as the oxygen-carrying potential of blood is lower.

Persons that consume the least magnesium are much more likely to experience frequent migraines when compared to persons whose diets are abundant in foods that contain this important mineral. Though the exact reasons why magnesium helps to reduce migraines are unclear, it is believed to be due to preventing dilation of the vessels under the scalp.

Spelt is a rich source of calcium and phosphorus, both of which are necessary for inclusion into the bone matrix. Ensuring that you consume a diet rich in these minerals can help prevent osteoporosis, or calcium leaching as your body attempts to get this mineral from bone.

The majority of bleached white flour we consume is very low in fiber, which is another major advantage spelt flour has going on for itself. The importance of fiber cannot be overstated, as it is one of the most important regulators of bowel movement. Constipation often results as a result of low water or fiber consumption.

Diets high in fiber also help to reduce our caloric load, as fiber does not inherently carry a burden since it is excreted unchanged. It can also help to reduce the risk of other digestive disorders such as diverticulitis or inflammatory diseases of the colon.

Most people would never associate consumption of flour with a stronger immune system, as typical white flour is considered pro-inflammatory in nature. Spelt flour is far more nutritious, however, as the presence of numerous vitamins and minerals helps to fortify this important system.

For instance, iron and copper contained in spelt flour are important for helping to support serious enzymatic processes that our immune system depends on for optimal function. Likewise, many white blood cells infection detecting properties depend on chemical processes that rely on numerous minerals, such as zinc.

Last but not least, antioxidants found naturally in spelt can help to buffer the effects of stress and free radicals on the immune system, which are known to suppress this important defense system.

You can thank this once again to fiber present in spelt that is responsible for enhancing excretion of bile in stool, which prompts the production of this digestive enzyme all over again. Under normal circumstances, bile acids are recycled in order to make more, but once it is excreted the recycling chain is broken.

As a result, cholesterol needs to be used to make more leading to a net drop in circulating cholesterol. This effect can be seen as lowered LDL levels, coupled with no change in HDL levels and an improvement in overall cholesterol ratios.

Endocrine hormones consists of several different kinds, including the sex hormones that control primary and secondary sexual characteristics of every human. Spelt is a rich source of many B vitamins, including niacin, which plays an important role in the production of the sex hormones.

Persons with a niacin deficiency are likely to experience endocrine disruption, and subpar hormone levels.

For years, diabetic persons have been advised to stay away from white flour, for the simple fact that it wreaks havoc on blood glucose and insulin levels. Spelt flour can be considered superior to white flour and even to whole wheat varieties, as it contains more fiber per gram and less simple sugar.

Fiber and complex carbohydrates significantly reduce the speed by which glucose enters the blood, making it more likely to be used as energy, and decreasing the risk of further insulin resistance developing.

When attempting to lose weight, you almost certainly need to restrict the number of calories consumed in a day. This is fine, but in response your body amplifies its hunger reflex, making it no easy task to stay on track.

Hunger is controlled by several hormones including insulin, whose levels drop slowly over a number of hours and then signal to other hormones that you need to eat. Tricking this insulin response by slowly supplying carbohydrates over a number of hours can delay this hunger response, as there is always some amount of slow digesting carbs waiting to be absorbed.

The high fiber content of spelt flour significantly helps with this, as do other high-fiber foods, but spelt does this in in an arguably superior manner.

Consumption of spelt can reduce your risk of stroke and heart disease, thanks in part to lowering of blood cholesterol. Blood cholesterol can find itself deposited inside of blood vessel walls, where it then narrows the diameter of the vessel and makes it harder for blood to flow unobstructed.

The body handles this fine most of the time, but should a clot fail to get past this blockage, a heart attack or stroke can result. Though spelt and fiber do not reduce these blockages, they do decrease the speed by which the form, helping to safeguard you from worsening vascular disease.

Studies have found that persons who eat whole-grain spelt are 14% less likely to experience a sudden stroke or heart attack, compared to persons that consume simple white flour.

While spelt can seem like an excellent option for improving your health, it is very important that you choose whole spelt, and not the processed white varieties. White varieties are bleached and remove much of the nutritional content of the grain, to make the taste palatable for the masses. This is not to say that spelt tastes bad, but rather that the taste takes a little getting used to.